Pablo Laso is very clear about the enormous importance of the duel of this Thursday on the Fenerbahçe court (7:45 pm) in which a defeat could mean their elimination from the Euroleague

So much so that he took advantage of Sunday’s league duel against bottom player Acunsa GBC (97-71) not to summon Walter Tavares or Trey Thompkins. Also, he didn’t play Fabien Causeur or Gabriel Deck.. If you add to this that Campazzo went to the NBA in December, that Randolph will not play again this season and that Sergio Llull is still KO, the white reality is what it is.

The Madrid team has been complicating life as the competition progressed to the point of having lost eight of the last 14 games, although one of his triumphs could be key. It is the one that achieved very short of troops on the track of Xavi Pascual’s Zenit by 71-75.

In the absence of a match, Madrid is seventh with 19 victories, one of its three predecessors (Olimpia Milan, Bayern and ‘Fener’ himself). However, they are ahead of a Zenit with two games remaining, Valencia Basket and TD Systems Baskonia, who will face each other tomorrow in a match against the dog (9:00 p.m.). And they have lost their six games against the Endesa League teams, so the draw with Baskonistas or ‘taronja’ would leave them out.

If they achieve their twentieth victory, the white team will be in the quarterfinals for sure, although in no case could he do it with a track advantage by being out of the first four positions. In case of losing to a Fenerbahçe that plays that ‘track factor’, he would have to pray. 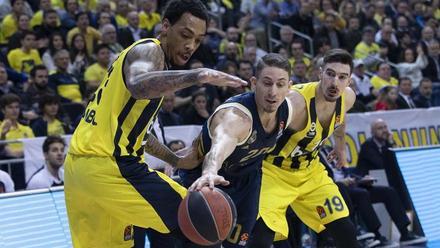 Fenerbahçe will receive Madrid with the knife between their teeth

The Russians will host Maccabi on Friday at 7:00 p.m. and will close the Euroleague next Monday also in Saint Petersburg against Panathinaikos. Neither of his two rivals plays anything and Zenit has the quarters to two wins.

Faced with the possible departure of Gabriel Deck to the NBA at the end of the season and weighed down both by the problems of personnel and by the aging of the team, Real Madrid also moves for the next season Everything indicates that it will be launched for the baskonista base Pierrià Henry given the performance problems that both Carlos Alocen and ‘Nico’ Laprovittola have been offering. 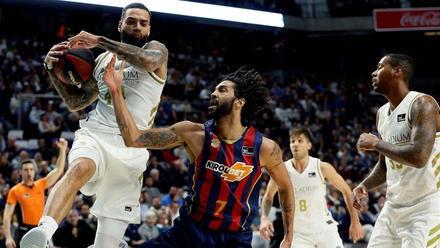 In parallel form, the white club is also interested in the French pivot Vincent Poirier, former TD Systems Baskonia who the latest information places as a ‘free agent’ and outside the NBA. By the way, the 27-year-old, 2.13-meter Frenchman would ‘square’ perfectly at Barça if he finally signed a ‘five’ this summer.