Sunday’s race is live on 5 Live and the BBC Sport website at 14:00 BST

Verstappen, the form man all weekend, was 0.194 seconds clear of Bottas, with Hamilton a further 0.032secs adrift.

Bottas will drop three places because of a penalty for spinning in the pit lane, promoting Norris to start third.

Alpha Tauri’s Yuki Tsunoda was also given a three-place grid penalty for impeding Bottas in the final part of qualifying, so he will start 11th.

Hamilton heads into the race 12 points behind Verstappen in their drivers’ championship battle.

The seven-time champion was chasing Verstappen all through qualifying and unusually did three runs on ‘soft’ tyres in the final part of the session trying to close the gap to the Red Bull.

But he was unable to get close to Verstappen’s initial time of one minute 3.841 seconds on his first run, which the Dutchman did not match on his final run, although he set a second lap that would have been good enough for pole.

“It has been a very good weekend,” Verstappen said. “The car was very good to drive in qualifying. It was not easy to deal with the traffic – the fifth lap in Q3 was good enough in the end.”

Hamilton said: “They have been so fast this weekend. Been giving it absolutely everything. It wasn’t the greatest of sessions but still on the front row after the penalty. I did everything I could and we go into the race tomorrow for a fight.

“They’ve generally had a quarter of a second on us all weekend. We have managed to eke closer in qualifying but in the race run yesterday they were 0.25secs quicker. It will be interesting but I don’t think we will have the pace to overtake them, but hopefully we can keep up.” 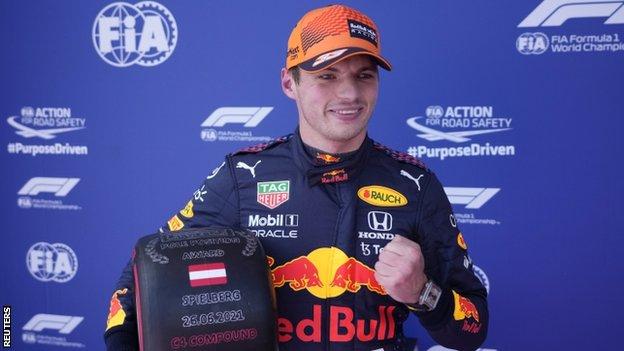 Norris excelled on the track on which he scored his first podium finish last year, setting a lap just 0.053secs slower than Hamilton and inserting himself in the battle between F1’s top two teams, adding an extra dimension to Sunday’s race.

His team-mate Daniel Ricciardo had a difficult day, qualifying 13th, behind the second Ferrari of Carlos Sainz and ahead of Aston Martin’s Sebastian Vettel.

Russell, 23, in contention with Bottas for the second Mercedes seat alongside Hamilton in 2022, equalled his career-best grid position.

Russell was just 0.008secs from making it into the top 10 shootout for the first time in his career. 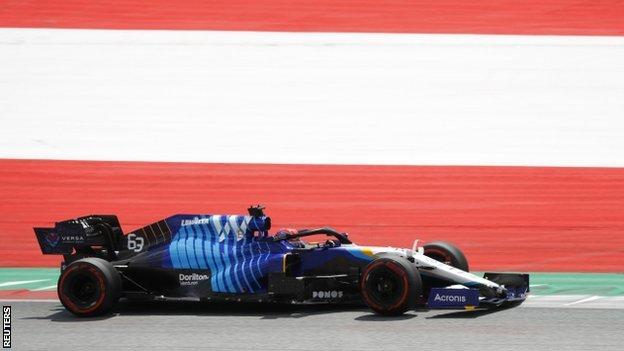