More than 48 hours after the scandal of the diffusion about the operation of a special vaccination center in the Ministry of Health, the former president Mauricio Macri today expressed his “repudiation” and his “indignation”Because of the attitude of many Argentines who “They decided to get ahead of so many other risky people.”

On the other hand, he denied having inoculated against COVID-19. “Given the repeated inquiries, I want to clarify that I did not give myself any vaccine against the coronavirus and I am not going to do so until the last of the Argentine at risk and essential workers has received it,” he said today through social networks .

“I repudiate that the government, from the Ministry of Health itself, has facilitated VIP vaccination for friends and supporters. I share the outrage of the Argentines against those who decided to put themselves ahead of so many other risky people, ”said the former president. 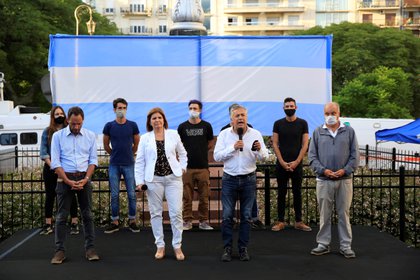 Last Friday, President Alberto Fernández decided to request the resignation of the Minister of Health, Ginés González García, after it became known that a group of people, including political leaders, doctors and family members, had been vaccinated without prior shifts and at their discretion.

In Together for Change they had already considered that the case of the “VIP vaccination” was of “An absolute immorality, hypocrisy and appropriation of what is public” and they criticized that from the ruling party “They intend to minimize it with the sole resignation of Ginés González García.”

“It is time for be accountable and that those illegally vaccinated are held accountable for this crime. They did not steal any material goods, they stole the hope and health of many Argentines ”, they indicated. 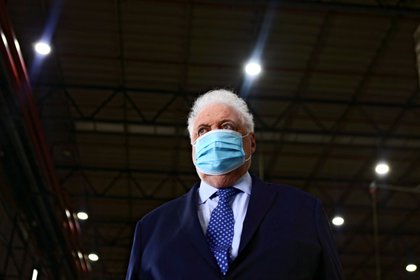 “They have disappointed all Argentines, their voters and opponents, lying from the beginning of the pandemic to the purchase of vaccines”, they stated in the opposition coalition in a statement. The opposition criticisms were all along the same lines.

“Today, this corruption scandal in vaccination, when there are still doses for health personnel, security personnel, teachers and the elderly, forces us to repeat the requirement of the publication of data and protocol, which until now has been hidden from the public and which allowed the application of doses to the friends of the ruling party to be carried out ”, they pointed out the main opposing force. 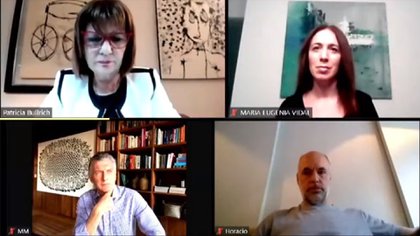 This Sunday, President Alberto Fernández referred, for the first time, to what happened with the scandal of the “VIP vaccination.” “It is public and well known that I had to make a decision before a reprehensible fact. What happened in the Ministry of Health was a fact that, although exceptional, cannot be endorsed “explained the president in a series of messages he published on his social networks.

The President explained that “even though the vaccinated were in objective conditions (due to age or physical conditions) to receive them,” he cannot “fail to observe that a media scene of public derision has been set up on these people and I do not want to endorse with my silence like proceeding ”.

Alberto Fernández spoke of the VIP vaccination: “What happened in the Ministry of Health cannot be endorsed” The Government is committed to leaving behind the VIP Vaccination scandal: it approved the Chinese Sinopharm and this week a million doses will arrive