20th Century Studios presents the first trailer and poster for ‘Final duel‘, a gripping tale of revenge and betrayal set in the oppression to which women were subjected in 14th-century France.

Matt Damom and Adam Driver play two opposing knights, both of noble birth and whose grievances must be resolved in a duel to the death. Ben Affleck and Jodie Comer complete the main quartet of this film directed by Ridley Scott, director of among others the 1977 classic ‘The Duelists’.

Damon and Affleck also sign their script with Nicole Holofcener, in a historical account based on real events collected in Eric Jager’s novel ‘The Last Duel’, from which the film is inspired.

The film will be released in Spanish and North American cinemas on October 15, being one of the two films based on real events that Ridley Scott will release this year: The other, ‘La casa Gucci’, will do so a month later. , in November, from the hand of Universal Pictures in what refers to our country. 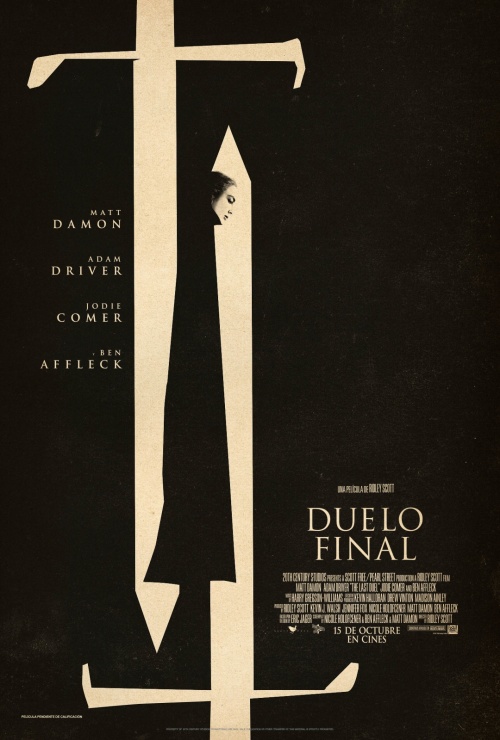