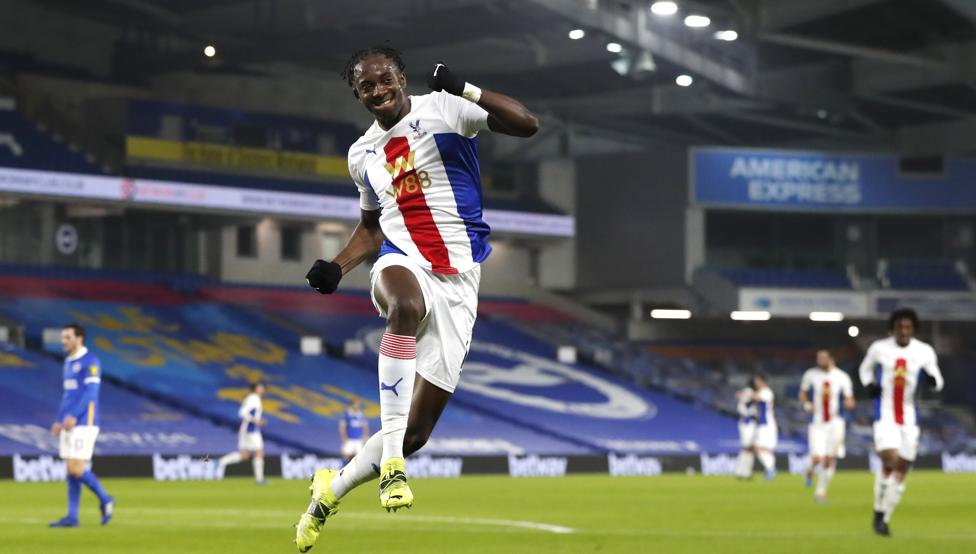 Crystal Palace won this Monday in the field of a Brighton that had chances to win but ended up suffering a cruel defeat (1-2). It was a duel between Spanish goalkeepers: Valencian Vicente Guaita (Crystal Palace goalkeeper) against Cartagena’s Robert Sánchez (Brighton goalkeeper). Mateta opened the scoring with a high heel goal and Veltman leveled for Brighton by making it 1-1 in the second half. However Benteke decided in 95 ‘for Roy Hodgson’s team.

The first goal of the French Mateta in the Premier was a work of art, high heels, after a good internship on the right wing starring Jordan Ayew. Mateta joined Crystal Palace in the winter market on loan from Mainz.

It was the 28th minute and without a doubt it was a harsh punishment for Brighton who was doing a good match up to that point. The truth is that Graham Potter’s team had to wait until the second half to score.

It was Joel Veltman who restored hope to Brighton by leveling the score in the 55th minute. The former Ajax defender took advantage of a dead ball after a team play by his team to connect a good shot with his left foot.

Graham Potter’s men had several opportunities to score their second goal. Guaita excelled in 3 consecutive stops, Gary Cahill was also providential, Adam Lallana’s shot went high. But Brighton did not succeed and Crystal Palace, who had barely shot on goal, won thanks to a goal from Christian Benteke in the 95th minute, taking advantage of a pass from Andros Townsend.

The night had a very cruel outcome for Brighton who is 16th in the table, 4 points behind. The Crystal Palace is 13th.