If the Marvel stories about Spider-Man are distinguished by something, it is by the number of villains they have, especially because from time to time one of them resurrect.

Attention SPOILERS of the Marvel comic Amazing Spider-Man: King’s Ransom. This story is about attempts to Kingpin to get the Lifeline Tablet, but his actions have brought about the return of a villain who died long ago.

Boomerang betrayed Spider-man when delivering the Lifeline Tablet complete to Wilson fisk. At that time it seemed that Kingpin return to Vanessa fisk from the dead. But the villain had to accept the fact that his late wife would not want to be resurrected to live alongside the man she hated before she died.

Instead, he chose to correct the biggest mistake of Vanessa and bring back your son, Richard, a villain better known as The Rose. Despite a brief return during the event The Clone ConspiracyRichard has been dead since his mother shot him dead, so it will be interesting to see what he will do now that Kingpin is the mayor of New York City.

This is the epic return of The Rose, the old enemy of Spider-Man: 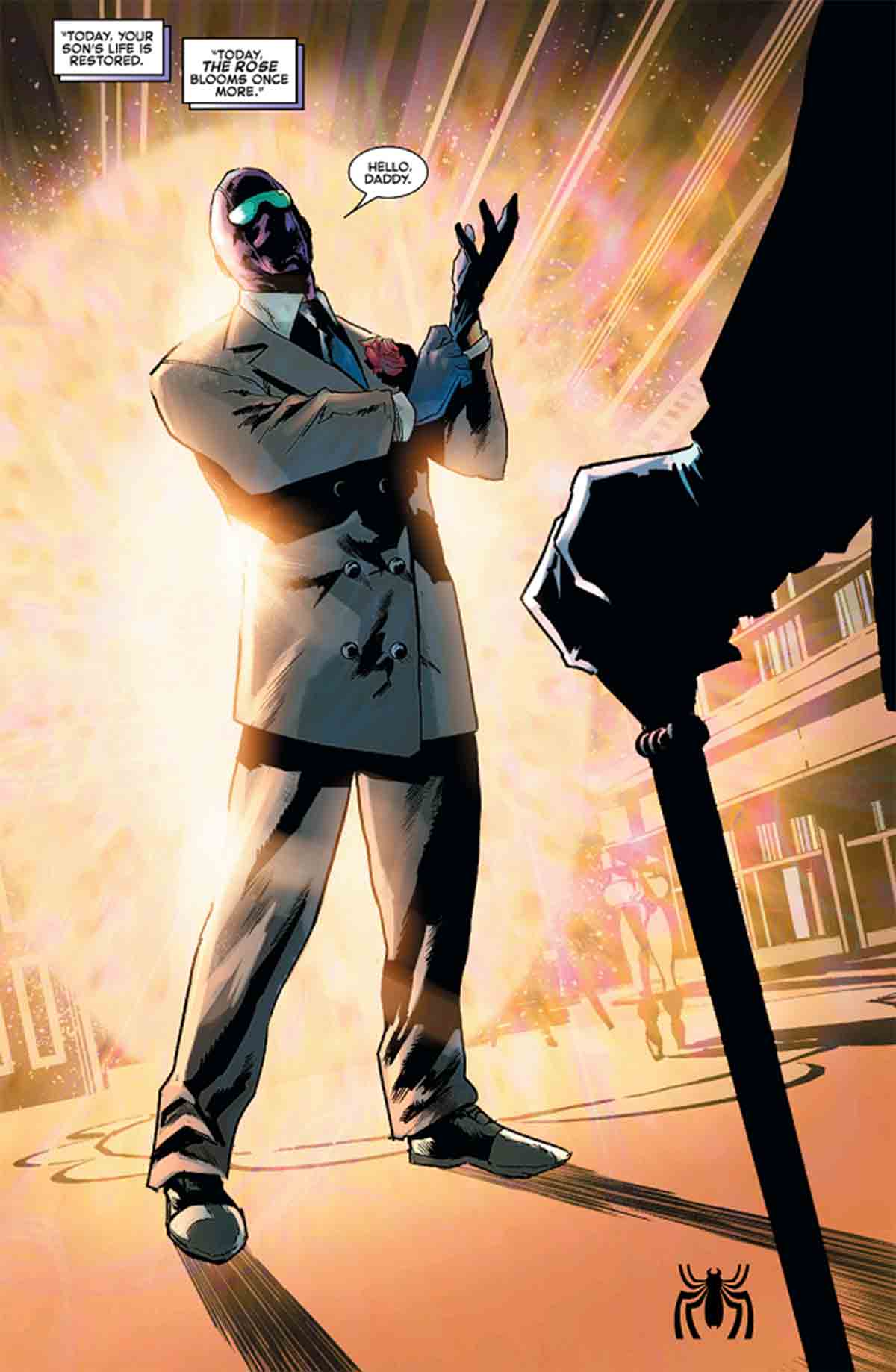 This is how the Kingpin himself justifies it:

The villain of Spider-man he is clear that after Vanessa he wanted to resurrect his son.

“And I realized… that he was right. What if I did the impossible … Bring someone back to life … You would never forgive me … For choosing you. I have to let you go, Vanessa. I … I have to move on with my life. But to do so, I must know that his spirit has found peace. You died with a broken heart, for something you did, for loyalty and love … For me. Something no mother should have to do. But today, I will correct it. I will try to atone for all my sins that brought you so much pain and destroyed our family. Instead of satisfying my own selfish desires, I will honor your last wish. Today, your child’s life is restored. Today, The Rose is in bloom again ”. Wilson Fisk says.

This Marvel Amazing Spider-Man: King’s Ransom comic is out now.