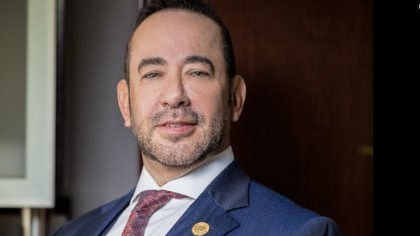 Martin Rodríguez Sánchez, president of the International Council of Entrepreneurs, who was murdered on Friday afternoon in Mexico City and was threatened by businessmen and politicians, according to a relative of the victim.

According to the first reports, Rodríguez Sánchez was leaving a gym located on Dakota and Georgia streets, Naples neighborhood, Benito Juárez mayor’s office, when two subjects who were riding a black motorcycle, shot him at point-blank range. The businessman was preparing to go to the Alfonso Esparza Oteo Park, one block away from the crime scene.

The information card of the Secretariat of Public Security (SSP) of Mexico City ensures that during the shooting, a woman was injured by the impact of a firearm, and the cash of the Banking and Industrial Police (GDP), David González, who served as Rodríguez Sánchez’s bodyguard, died. 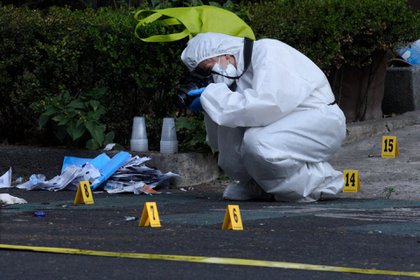 Martín Rodríguez Sánchez, president of the International Council of Entrepreneurs (CIE) and his bodyguard were killed during a direct attack (Photo: MARIO JASSO / CUARTOSCURO)

The injured woman was taken to a hospital with a pelvic injury; while the businessman who lost his life in the place, had bullet wounds in the skull, abdomen and femur. Meanwhile, the bodyguard was taken to a nearby hospital with a gunshot wound to the pelvis, left femur, back and left arm, where he later died.

The facts were reported to the agent of the Public Ministry, while the SSC uniformed men cordoned off the place pending the expert services.

In addition to his business life, Rodríguez Sánchez participated in some state secretariats and multiple national and international business organizations, as well as boards of directors, directors of various companies and in the global organization of law firms UC&CS América.

The president of the International Council of Entrepreneurs was of the representatives of the private initiative who made mention of the need for better conditions in the country to generate employment, in the face of the health crisis for the COVID-19 pandemic.

He was a member of honor in the reception of multiple missions of the delegations of businessmen from different countries of the world; Among which are the United States, United Kingdom, Argentina, China, Russia, Guatemala, the Philippines, Sudan and Tunisia, among others.

Homicides in Mexico City: presence of cartels fuels violence in the capital

Shooting in the Naples neighborhood left two dead; one of the victims is businessman Martín Rodríguez Sánchez