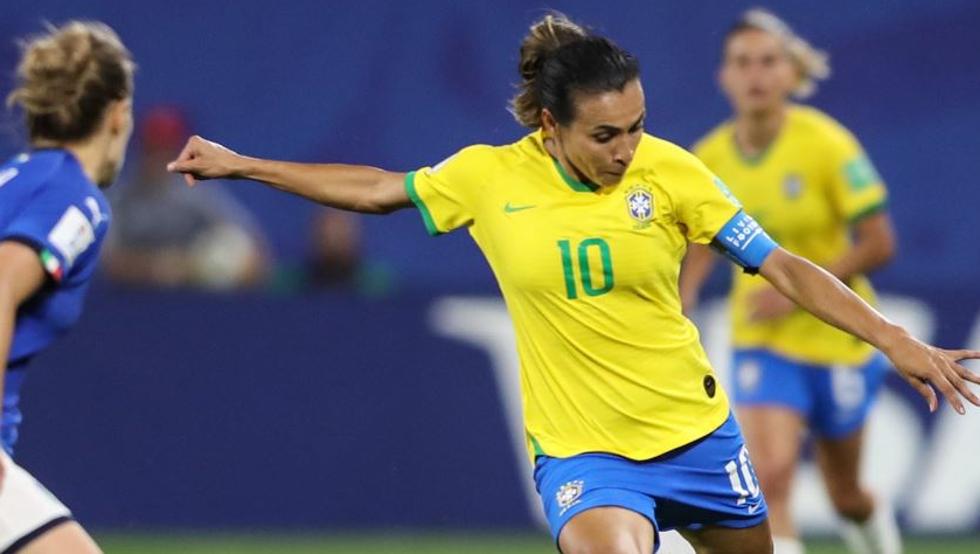 The attacker Marta Vieira, main figure of the Brazilian women’s team, tested positive for covid-19 and it will be low for the friendlies against Ecuador on November 27 and December 1 in Sao Paulo, as reported this Saturday by the Brazilian Football Confederation (CBF).

The governing body of Brazilian football reported that the forward was subjected to the clinical test prior to the presentation of the national team, scheduled for this monday in Guarulhos, metropolitan region of Sao Paulo and where he will carry out training sessions at the Corinthians sports headquarters.

With the positive of his main figure, Sweden’s Pia Sundhage, Brazil coach, called this Saturday the defender Camila, from the local Avaí Kinderman, from Florianópolis, replacing the number “10”.

The CBF indicated that after know Marta’s positive for covid-19, the medical team of the national team notified his partner of the Orlando Pride, a club in the United States in which the six times considered the best player in the world by FIFA acts.

The Brazilian women’s team, classified for the soccer tournament of the Tokyo Olympics, which were scheduled for July and had to be postponed for another year due to the pandemic, maintains its schedule of preparation for the jousts in Japan.

In the next cycle of friendlies, Brazil will face Ecuador in two games without an audience in Sao Paulo, the first on November 27 at the Neo Química Arena, Corinthians stadium, and the second on December 1 at Morumbí, home of Sao Paulo.

In principle, the two friendlies would be against Argentina, but the neighboring country withdrew from the commitments due to logistical difficulties for training and travel to Brazil due to the pandemic.