The new Audi Q4 Sportback e-tron is now available in the dealerships of the German firm with a base price of € 46,560, which, applying the aid of the MOVES III Plan, becomes an attractive € 36,560 for a premium compact SUV of coupe body and electrical mechanics. Thus, it is precisely this bodywork that is the main purchase argument against rivals such as the Mercedes EQA or other proposals that are going strong such as the Hyundai IONIQ 5, the Skoda ENYAQ iV or the Ford Mustang Mach-E.

In principle, it will come with two mechanical alternatives, one basic version called 35 e-tron of 170 CV with 340 km of autonomy Thanks to a battery of 52 kWh net and the top of the range, the 50 e-tron quattro, with a motor per axle and a combined power of 299 hp that allows it to sign a 0 to 100 km / h in just 6.2 seconds, in addition to reaching 488 km of autonomy given its higher capacity battery (77 kWh net). However, it will not be until mid-July when the most balanced and recommended version is incorporated, the 40 e-tron 204 hp capable of covering a distance of 520 km.

Regarding the level of equipment, it is available with three finishes, although it is only possible to associate the base level with the input mechanics, a level that it has interesting but not spectacular equipment, in which elements such as the 19 “alloy wheels, the heated seats, the digital instrumentation or the Full LED lighting stand out. Above are the Advanced, S line and Black line edition finishes, with a generous endowment and whose main attractive is a sportier aesthetic. 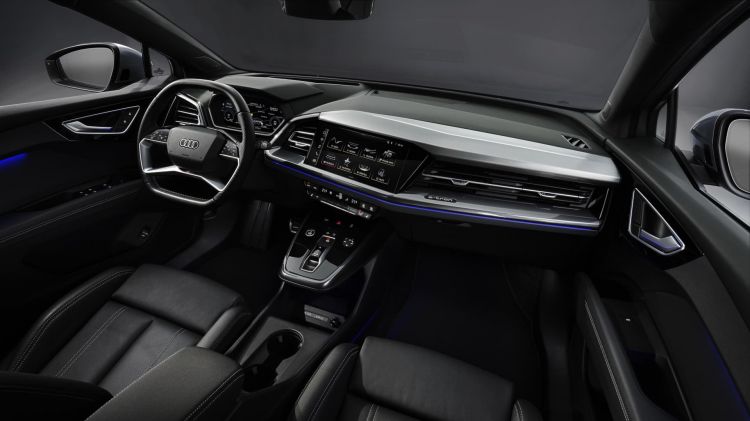 Surprise to the Q3 Sportack in price (and space)

But this Audi Q4 Aportback e-tron not only has a coupe body to face its main rivals, it is also about one of the most spacious premium electric C-SUVs with a wheelbase of 2,764 mm and an excellent trunk of 535 liters for the scarce 340 liters of the star’s proposal, something that must be thanked for the Volkswagen Group’s MEB modular platform for electric vehicles. In this regard, it is the ENYAQ and ID.4 that can match it, while the Ford Mustang Mech-E sacrifices cargo capacity (still has a good 402 liters) in exchange for a gargantuan interior with a 2,984mm wheelbase.

In Quécochemecompro you can find our buying guide with the best electric SUVs on the market. 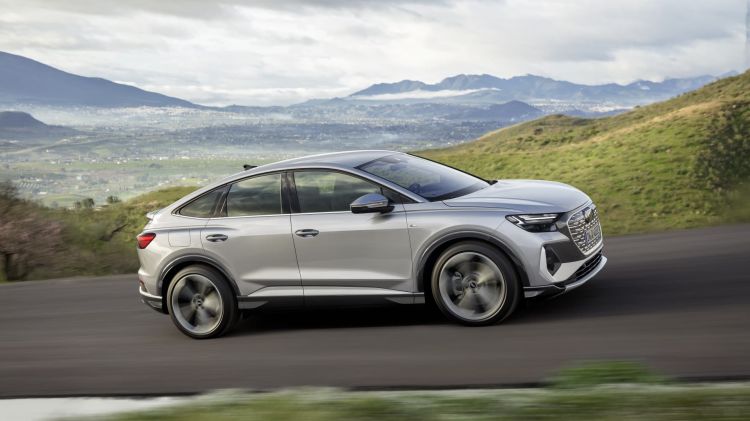