Although some months ago it was known of the return of the duo that made the program located in the resolution of criminal cases in New York popular, the images of the couple formed by detective Olivia Benson and Elliot Stabler immediately generated reactions in those nostalgic followers who are looking forward to Meloni’s return. 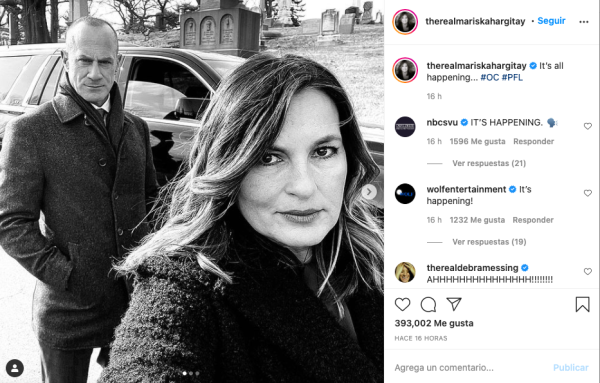 The shared images show the directors’ chairs as well as Mariska and Christopher in what appears to be the filming of one of the episodes on a set that recreates a cemetery.

The new spin-off will see the return of Detective Stabler, who has not appeared in the series for just over a decade. The first 12 seasons were starred by Mariska and Christopher and their new participation comes accompanied by cases that promise a lot of intensity for viewers.

What is new in Law and Order will include current issues such as the Covid-19 pandemic that is experienced in the world as well as the Black Lives Matter, which resurfaced strongly a few months ago, after the murder of George Floyd.