Marco Rubio recommends that Trump collaborate with the transition

The Republican Senator for the state of Florida, Marco Rubio, assured that he has communicated with the members of the campaign team of the president of the United States, Donald Trump, to recommend that the president-elect, Joe Biden, should be given access to intelligence information. to ease the transition.

Rubio commented that he has had contact with the vice president-elect for the Democratic party, Kamala Harris and assured that for him “There is no harm in allowing transition work to begin, that does not mean that Donald Trump is admitting defeat … nor is it detrimental to his legal cases.”

The Republican senator, who is also the chairman of the Subcommittee on Foreign Relations for the Western Hemisphere, considers that initiating the transfer of information “It would be positive for the country, because our enemies are not going to give the next president three months to acclimatize to start working.”

Rubio assured that if the electoral result ends up being “what the initial figures indicate that Joe Biden is going to be the president”, begin to facilitate the transition of power “it does not hurt anyone.”

During an interview for the Telemundo television network, Rubio, who heads the intelligence committee of the United States Senate, assured that he has advised the entire Trump team that Biden be allowed access to classified information because if “at the end of the day it turns out as the president says, nothing will happen, and if not, then even if we have someone who is already thinking about these issues and his team as well.” 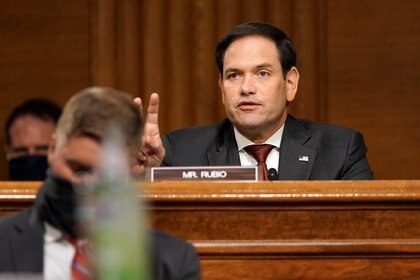 The senator from Florida said that he continues to trust the electoral system of the United States, which he described as “the best in the world”, stressed that fraud is always registered in elections but that to solve these issues there are institutions that will allow to resolve any irregularities that are has raised.

Meanwhile, the president-elect of the United States, Joe Biden, won Georgia by more than 12,000 votes, confirmed this Friday the electoral authority of that state when certifying the victory of the Democratic candidate after concluding the manual counting of 5 million ballots.

Georgia’s Secretary of State, the Republican Brad Raffensperger, in charge of certifying the electoral results in this area, confirmed Biden’s victory after complying with the vote count made due to the tightness of the result with the president and Republican candidate, Donald Trump, who refuses to acknowledge defeat.

Biden edged out Trump by 12,284 votes, which would confirm that the 16 delegates from Georgia in the Electoral College join the Democratic candidate. 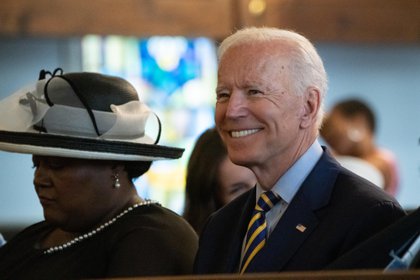 “By certifying the results, the Secretary of State affirmed that the 159 counties have provided the state with the total tabulated votes for each state and federal candidate “said a statement released by Raffensperger’s office.

“The certification -added the note- does not prevent the state from continuing current investigations related to the general election or continue with any future allegations that may arise from these elections ”.

The announcement represents a blow to Trump’s intentions to flip the election results in several key states, after Biden was declared the winner by media projections on November 7, four days after the vote.

Since then, Trump has not acknowledged his defeat and has alleged that there was electoral fraud.

The state of Georgia certified the electoral victory for Joe Biden