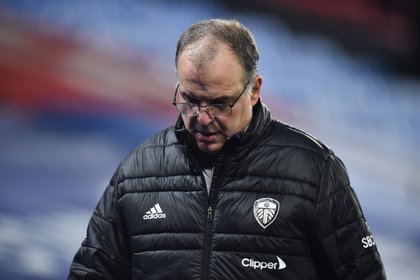 Leeds want to return to victory in the Premier League

Leeds United reaches the ninth day with the illusion of recovering points after suffering a loss to Crystal Palace in the previous match by a score of 4-1.

Since the beginning of the competition, the locals have won three of the eight games played to date in the Premier League and have managed to score 14 goals for and 17 against.

On the visitors’ side, Arsenal suffered a defeat against Aston Villa in the last match (3-0), so they will be looking for a win against Leeds United to set the course in the competition.

In reference to the results at home, Leeds United has achieved figures of one win, two losses and a draw in four games played in his stadium, so he will have to defend his gate very well if he does not want to lose more points in the championship.

At the departures, Arsenal has a balance of two wins and two losses in four games played, so it is a fairly strong opponent away from home that the locals will have to face.

The two rivals had already met before at the Leeds United stadium and the balance is four defeats and five draws in favor of the local team. Also, the visitors have a streak of two games in a row winning this competition at the Leeds Stadium.

The last match that both teams played in this tournament was in April 2004 and concluded with a result of 5-0 for visitors.

Currently, Arsenal is ahead in the standings with a difference of two points with respect to its rival.

Leeds United arrives at the meeting with 10 points in his locker and occupying the fifteenth place before the match. For its part, Arsenal has 12 points and occupies the eleventh position in the standings.