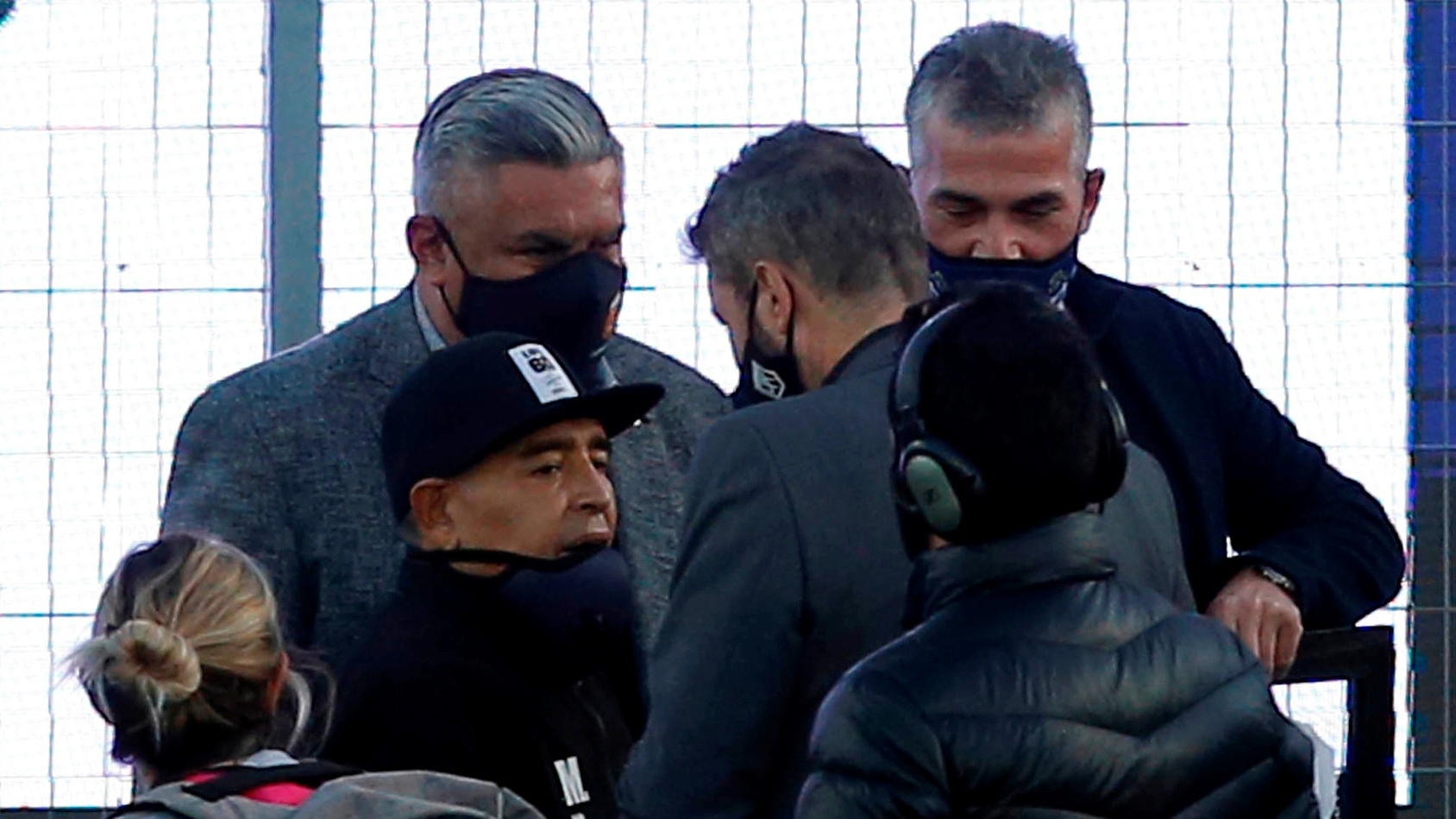 Immortals also have years of age and Diego Maradona arrives this Friday at 60. He will do so, however, in a very un-Maradonian way: in a new contrast to a life that, so intense, “is as if he were turning 600 or 700 years ”—As his physical trainer in the glory days, Fernando Signorini, graphs. The man who always drew crowds can only celebrate in solitude.

For his faithful, and in Argentina there are millions, the best hypothesis is that the idol enters the playing field together with the team he directs, Gimnasia La Plata, at the premiere of the Professional League Cup, the tournament that will also reopen this Friday domestic competition after 228 days of no activity due to covid-19. The AFA decided that the first game, Maradona’s team against Patronato, would be like a symbolic birthday celebration. However, to the logical lack of public in the stadium, possibly the absence of the honoree himself is added. A manager of the coach’s personal safety tested positive for coronavirus earlier this week and Maradona is in isolation.

Although his presence in the substitute bench will be resolved a few hours before the game, the coach’s collaborators hinted that it is most likely that Maradona will follow the game from his home television, on the outskirts of La Plata. That distance would be a continuity of the isolation that the idol carries during the pandemic: being a person at risk, his doctor asked him to restrict the exits from his home as much as possible.

In the eleven weeks of preseason that Gimnasia made for the debut this Friday, the coach barely approached a training session and a practice match for his players, against San Lorenzo, just a month ago, on September 30. An occasional hug with striker Nicolás Contín, who would test positive a few hours later, forced Maradona – despite the fact that he was covered with a protective mask – to seclude himself again. Become more of a symbol than a coach, the team is led by his assistants Sebastián Méndez and Adrián González on a daily basis. “With the care of the case, Méndez and González went a couple of times to Diego’s house to talk about the team,” Gimnasia employees say. Maradona also makes video calls with the players and managers, and was in charge of guiding the reinforcements and confirming the squad ”. In the absence of physical presence, the players thank Maradona for maintaining contact by phone.

“In the friendly with San Lorenzo I saw him with an excellent face, with less weight and with a better knee,” said Paraguayan footballer Víctor Ayala. “I even wanted to hug us. When I returned to Argentina from my country, I had to be quarantined for 14 days alone, without my family, and Diego called me to find out how I was doing. “

In Maradona’s coaching staff they trust that, if this Friday he finally does not appear before the Board of Trustees, he can do so in the next gymnastics appointments, before Vélez and Huracán. “As there is no public, the technical talk can even be done outside the locker room, in an open-air place”, predict the coach’s collaborators. Before the pandemic, when the public was allowed in stadiums, Maradona’s every visit was celebrated by rival Gymnastics fans as a tribute of thanks.

In hours when the Argentine sports media speak of an alleged deterioration of the idol’s mood – the newspaper Olé defined him this Wednesday as “more lowered than normal” and published that his “last months were hard” -, Signorini prefers to point to a lack reaction among the Argentine soccer authorities.

“I don’t think it’s the best version that Diego can enjoy at this age: he should occupy another place,” says his physical trainer in Mexico 86 and the Naples years. “I wonder what would have happened to the lives of many leaders of the AFA without the achievements of Maradona, and yet they still do not consult him which space he prefers. Continuing to think of him as a soccer player is a waste. Make him champion with Gymnastics, who fights relegation on top, what would you add? He would be an unbeatable teacher in preparing kids for life, as when he said ‘with a kick in the tujes they sent me from Fiorito to the top of the world’. If he captivated Oxford in 1995, why not tour Argentine universities and classrooms? ”He asks.

According to Signorini, “Diego’s case reminds me of one of (Alfredo) Bryce Echenique’s novels, La vida exaggerated by Martín Romaña. If Romaña’s was exaggerated, what is left of Maradona’s? He’s like 600, 700 years old. But exaggerations aside, I also think that the one who is turning 60 is Diego, and that Maradona turns 45, since he debuted in First. Maradona has already given everything he could give, now let’s get Diego back, for many kids will improve their lives ”.

Still confined at home to avoid the risks of contagion, Maradona’s oral inventiveness – as if he had brought his left leg to his tongue after retirement – did not fade during confinement. The novelty is that the king of great phrases, in addition to saying them, also began to write them on his social networks, especially on his Instagram account, @maradona. He courteously greeted Pelé last Friday for his 80 years and attacked Mauricio Macri for the umpteenth time after the former Argentine president said he had thrown him out of Boca when he was driving the club.

Also during the pandemic, one of her brothers-in-law, Víctor Machuca, 77 – the husband of one of her older sisters, Kity – died from the coronavirus. Waiting for his presence at the Gymnastics stadium to direct his footballers against Patronato, Maradona will celebrate his 60 at night in the privacy of his home with his closest relatives, but away from the crowds, for once as a distant god.