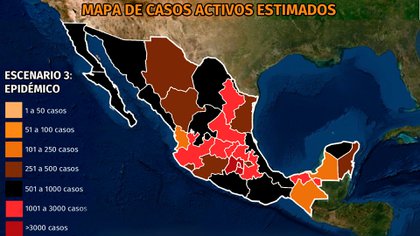 The Ministry of Health reported that 857 new deaths caused by the COVID-19 disease in the last 24 hours. With this, a total of 178,965 deaths since the start of the health emergency. This week the figure was 9%, that is, it increased one point compared to the previous period.

There was also a record of 7,829 new cases, with which there is a total of 2,030,491 accumulated confirmed cases since the beginning of the COVID-19 pandemic. However, there are also 1,584,704 people who have recovered and obtained medical discharge after taking the symptoms. In addition to 418,931 cases in which men and women have received the complete scheme of immunization against the SARS-CoV-2 virus in the country.

Mexico City registers most of the accumulated cases in the country and alone represents 26% of all registered cases by residence entity. 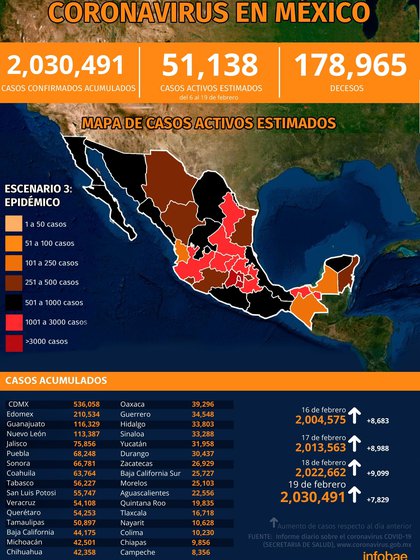 Every morning in your email: subscribe to the . Mexico newsletter

Deaths positive for COVID-19 by date of death at today’s cutoff, ordered from highest to lowest according to the state. Mexico City, the State of Mexico, Jalisco, Guanajuato, Puebla, Nuevo León, Veracruz, Baja California, Sonora and Coahuila are located as the 10 entities that have registered the highest number of deaths and that together represent more than half (64.5%) of all those in the country. Mexico City alone accumulates 18.8% of all deaths nationwide. In addition, on the sixth day of epidemiological week number five, the existence of 2,226,306 estimated cases. On the other hand, 56,123 people (3%) have had symptoms in the last 14 daysTherefore, they are considered active cases and can contribute to the spread of the SARS-CoV-2 virus among the rest of the population.

Regarding hospital saturation, Dr. Ana Lucía de la Garza Barroso, Director of Epidemiological Operations Research, reported that 36% of the general beds nationwide are occupied. With this, the figure decreased one point compared to yesterday. In that sense, of the 31,549 beds without assisted breathing support, 11,502 are in use and 20,047 are available. Additionally, no state reported general bed occupancy above 70%. 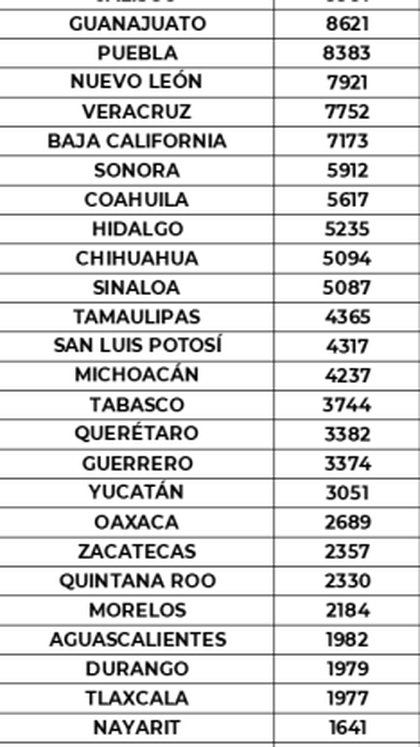 On the other hand, in beds equipped with ventilation support, that is, for the care of intensive therapy patients, it was announced that the national occupancy is at 38%. The registered figure is two points below the referenced on the previous day. In fact, of the 11,534 ventilator beds in Mexico, 4,407 are occupied and 7,127 are available.

Also, three states reported an occupancy ranging from 69 to 50 percent and 29 entities have less than 50% occupancy in beds equipped with a fan. No entity is above 70% and Colima joined the states with the lowest hospital occupancy with 49 percent.

Regarding vaccination, Today 167,453 doses were placed throughout the country, according to what was reported by Dr. Hugo López-Gatell Ramírez, Undersecretary of Prevention and Health Promotion. The only entity that has completed with the vaccine package distributed in the first shipment is the Mexico City. 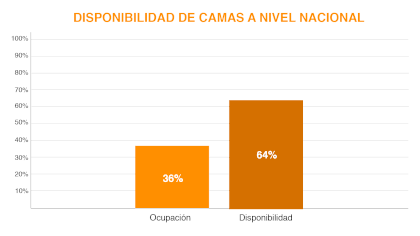 In that way from December 24, 2020, when the first dose of the Pfizer-BioNTech vaccine was applied, a cumulative of 1,574,158 doses placed. As of February 14, the application graph has increased exponentially, due to the latest shipments of vaccines from Pfizer-BioNTech, as well as Pfizer and AstraZeneca.

Of the total health personnel inoculated, 66% already have the two injections applied.

MORE ABOUT THE SUBJECT:

For the first time, the ISSSTE assigned the direction of a clinic to a nurse in Guadalajara, Jalisco. This Saturday, February 20, the first 200,000 doses of Sinovac vaccine will arrive in Mexico from Hong Kong: Marcelo EbrardCDMX will remain next week at “orange traffic light without lower your guard ”CDMX at an orange traffic light: shopping centers and pharmacies will carry out rapid tests for COVID-19