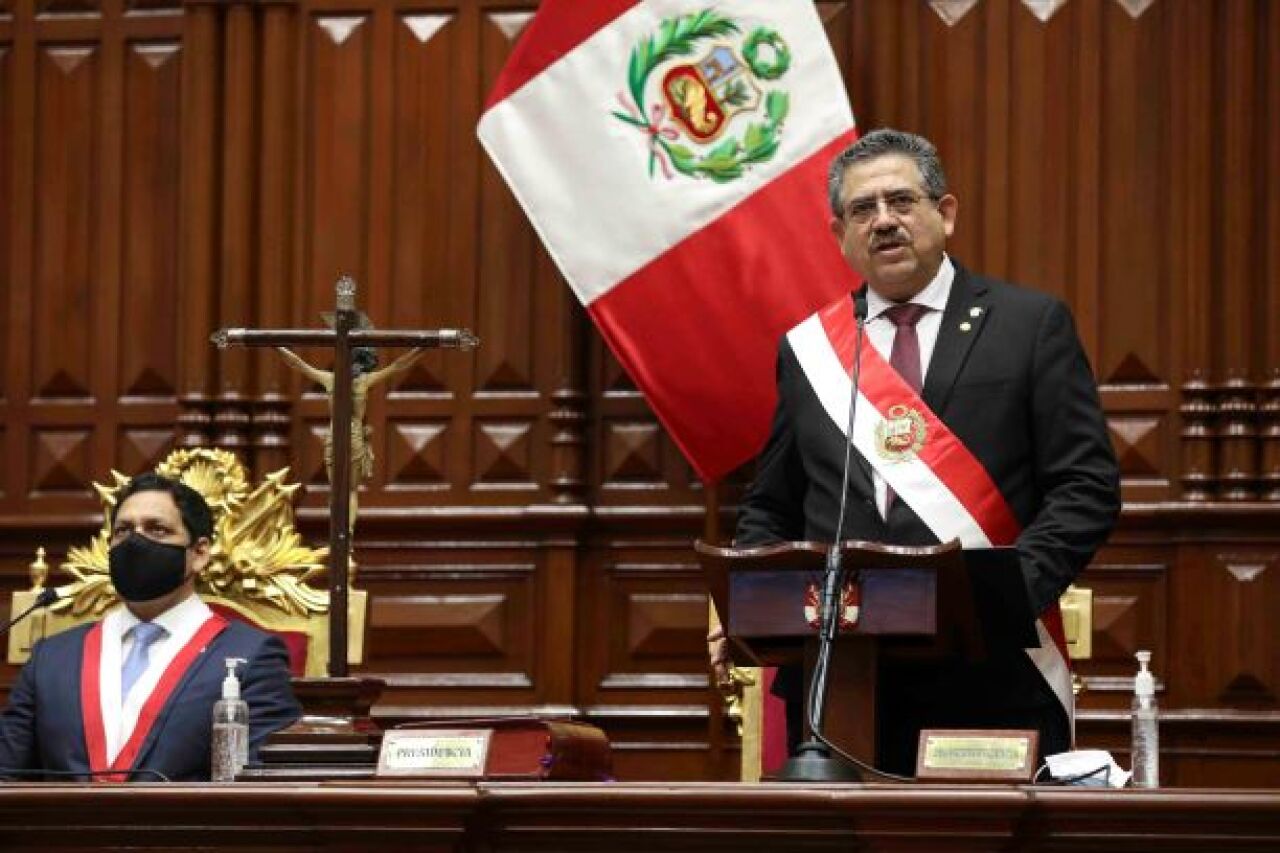 On Saturday, thousands of Peruvians marched against Manuel Merino amid growing popular rejection of the transitional government. At least 5,000 people took to the streets in Lima to protest. On Thursday, the capital experienced one of the largest demonstrations in the last two decades that left dozens of injuries after clashes with the police.

Minutes before Merino’s announcement, the Peruvian Congress exhorted the president to resign while calling for an extraordinary plenary session to find a constitutional solution to the crisis and find a successor.

The announcement of the resignation was received with excitement and applause in the streets, where thousands of citizens continued with the protests to request his exit from the Government Palace.

Merino had assumed the presidency on Tuesday after the opposition-dominated Congress removed Martín Vizcarra, after being accused of receiving bribes when he was governor in 2014, sparking massive demonstrations against the decision.

It was not clear who would assume command of the country and Congress announced that it will meet later to define a “constitutional exit” with a consensus successor with the political parties of the chamber.