Mansory has given a new look to his Venatus, the preparation he performs on the Lamborghini Uris: simply spectacular!

The Mansory Venatus, the version that the German preparer has made of the Lamborghini Urus, is already an old acquaintance of lovers of customizations, but today we present one extra twist given by the tuning company, emphasizing on color.

The German company has been manufacturing its Venatus customization kit for the Urus for quite some time, although it has recently presented one of the most radical examples (and flashy) you have created.

Colorful and spectacular: this is the latest Mansory Venatus 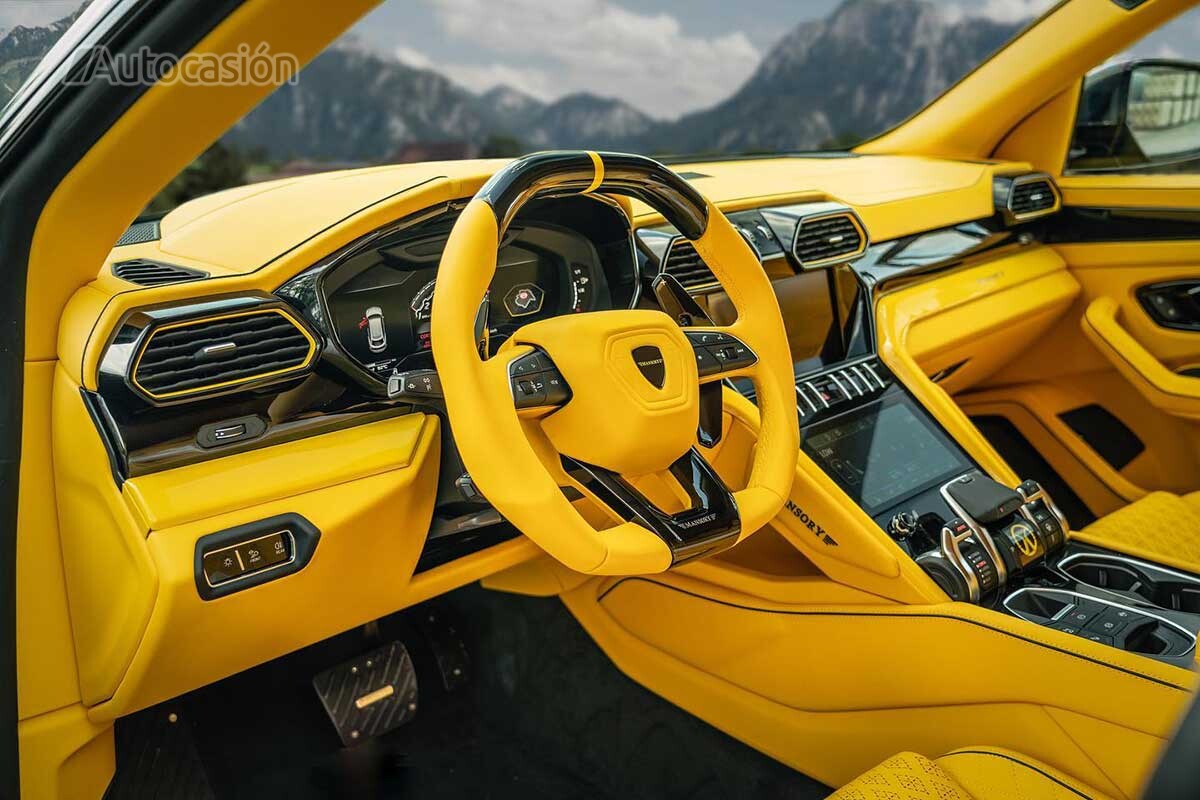 What strikes us the most at first glance is, obviously, the exterior, thanks to adark green finish that emphasizes the sporty look and aggressive from the SUV. This is complemented by a complete aerodynamic kit consisting of a revised front bumper, a front splitter and a carbon fiber hood.

A pair of spoilers and a diffuser round out the rear, while the black forged wheels help the bulky car lose some weight. The exhaust system culminates in three diamond tips combined in the center of a flower-shaped diffuser.

You may be interested: This is how brands ‘tuned’ in the 80s: the five craziest models

Inside, there’s plenty of yellow leather covering the door panels, seats, dashboard, steering wheel, center console, and transmission tunnel. By the way, as a curiosity, the start stop button of the car is not in its conventional place (to the right of the steering wheel or in the space between seats) but in the roof, an aeronautical wink that gives it even more exclusivity.

The engine that powers this revised Mansory Venatus is the eight-cylinder V engine that equips the Lamborghini Urus as standard, with four liters of displacement. However, a series of modifications allow it to go from its “conventional” 650 hp of power and 850 Nm of torque to 821 hp and 1,050 Nm, respectively.