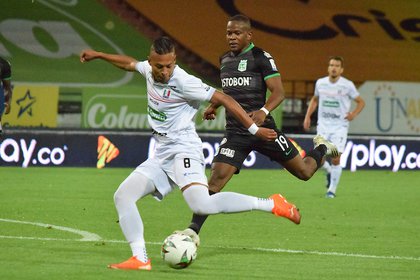 Manizales authorities are working to bring the public back to the stands. Photo of Colprensa.

Manizales authorities redouble their efforts so that the public can return to the stands of the Palogrande to encourage the Once Caldas, after his long absence due to the health emergency that the world is experiencing. In the last hours, the secretary of the mayor of the city, Carlos Alberto Arias, gave details of the plan that they will carry out in order to achieve the objective, if possible, before the middle of the year.

“We are verifying the protocols that Once Caldas presented so that they are analyzed and approved by the Ministry of Health and that, in this way, initially, some people are allowed to enter the Palogrande stadium,” said the official, in dialogue with Voices of Soccer.

The first to enjoy the benefit would be 40 fans of the bar from the set ‘albo’, The Axis Band, marking the roadmap of the return of the fans to the maximum soccer scene of the Manizales. Arias did not give a definitive date for this to happen, but stressed that the intention of the members of the mayor’s office is for it to be as soon as possible.

“Initially, we will do a pilot plan that will serve as a starting point for what is to come next. The idea is that in the future we can project the entry of 6 thousand people, perhaps 7 thousand, to Palogrande ”, he added.

In this way, Manizales joins the initiative promoted by Medellín, with Daniel Quintero to the head. In the capital of Antioquia, 30 fans of the ‘powerful’ could enjoy the BetPlay Cup final, between his team and Deportes Tolima, in which they were consecrated as champions, on February 11. The same will happen this Sunday, when the same number of supporters of National Athletic accompany your group in the classic with Cali America, at 8:10 at night.

In the city of eternal spring, the goal is to reach a capacity of 12 thousand people, thanks to a plan in which the Atanasio Girardot stadium can be divided into eight zones, with 1,500 people in each, in a way that can be respected social distancing. Those attending the stage may be monitored by applications such as Medellín Te Cuida, where they will share if they have symptoms related to the coronavirus, as announced by the president of the ‘verdolaga’ club, Juan David Pérez, a couple of weeks ago.

In Bucaramanga they have also bet on the return of the public and the team ‘leopard’, through an official statement, reported that it is already working on the pilot plan that will make the wish come true.

“The team raises, to the consideration of the local, departmental and national authorities that are involved, the joint implementation of a strategy of progressive return of the public to the local championship stadiums. This is in compliance with and implementation of the protocols that have been approved and those that are necessary according to the guidelines of the authorities on the matter ”, reads a section of the document that he shared through social networks, two weeks ago.

“I have criticized Pékerman for being lazy, out of date and because he always thought more about the business”: Carlos Antonio Vélez“Mine is well advanced, we are going to reach an agreement”: Rafael Santos Borré gives hope to River fans with his renewal