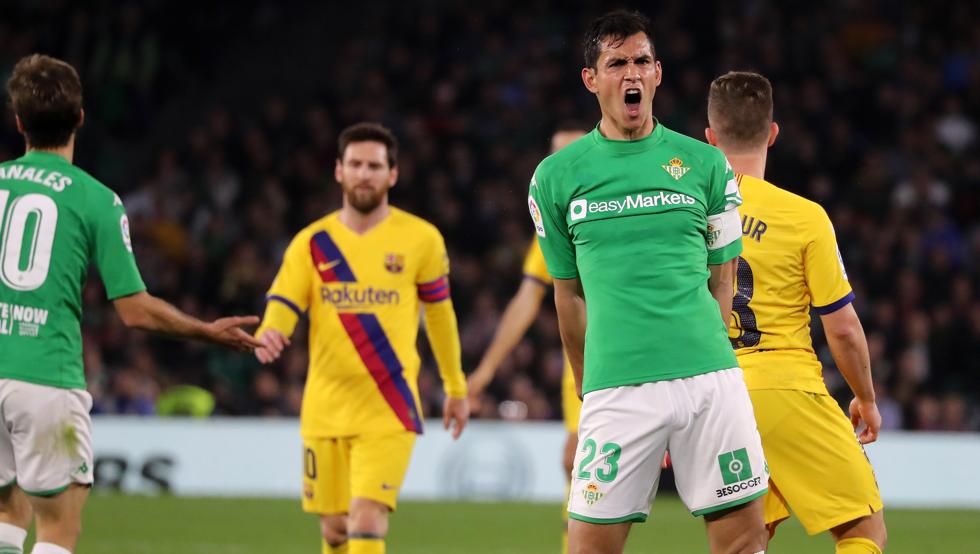 The Real Betis has reported this Sunday, at the stroke of nine at night, that the Algerian Aissa mandi had given positive in PCR tests prior to the match against Athletic Club that the Betic squad was carried out this Saturday, so all the players of the squad and the coaching staff have carried out new PCR and antigen tests this Sunday, which have been negative, so they will be able to travel on Monday to Bilbao without problems to face Athletic in a match that will close the 10th day of The league.

Mandi was out of Spain for a few days as he played two games with the Algeria national team, the last of them last Monday in Zimbabwe, and since Thursday he was training with his teammates, as the PCR test which was done on Wednesday, upon their return, they tested negative. However, this Saturday he tested positive, which has forced the entire squad to repeat the tests, according to LaLiga protocol.

Mandi, who is asymptomatic, was not going to play this Monday in Bilbao because he is dismissed due to suspension, and he will surely also miss next Monday’s clash against him Eibar having to spend a few days in quarantine.

The note from Real Betis reporting the positive of Mandi says the following:

“After the PCR tests prior to the match against Athletic Club, carried out yesterday at the squad and technical staff of Real Betis, a positive result was detected in our player Aïssa Mandi. The Algerian international is asymptomatic and in perfect condition.

The club, following the LaLiga protocols and the health authorities, has again carried out a PCR test and another rapid antigen test on all the members of its staff and staff on Sunday, the result being negative in all cases.

For his part, the affected player, despite being asymptomatic, must stay confined during the period of time determined by the current protocols of Health and LaLiga ”.