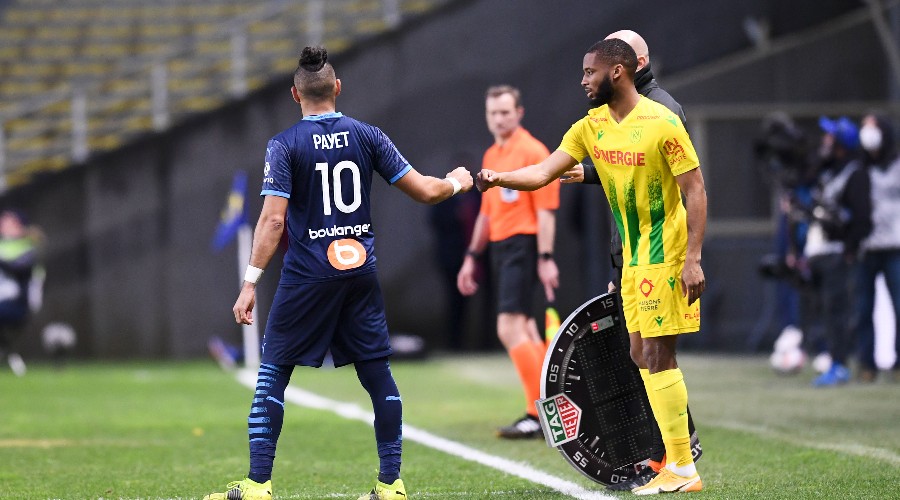 Nantes opened the scoring thanks to an opportunist Blas, on the lookout for a big blunder from Mandanda.

Mandanda, the Marseille goalkeeper, missed out on a trivial clearance.

OM equalized by Payet, with a good recovery in the area following a school action.

At the very end of the match, Sakai saw red for an awkward gesture against Bamba.

Nasser Larguet did not want to overwhelm his captain, Steve Mandanda, after the latter’s blunder this Saturday against FC Nantes.

For its trip to Beaujoire, the Marseille team came close to defeat against the Canaries following a huge blunder by the goalkeeper of Olympique de Marseille at the start of the second period. The tricolor world champion offered the opener to the locals after missing his left clearance. Very little helped by the bad back pass by Alvaro Gonzalez, Steve mandanda gave the ball to Ludovic Blas who pushed the ball into the empty goal.

Mandanda not totally at fault

Present at the post-match press conference, Nasser Larguet mentioned the error of his doorman. “There is the pass from Alvaro, who apologized to his teammate by telling him that he had made a bad pass,” said the Marseille coach. It is true that the ball was a little high. And the state of the field caused this false rebound which prevents him from taking the ball back. So it wouldn’t be Steve Mandanda’s fault alone.

Read also:
Nantes-OM, the film of the match
OM responds to disgruntled supporters
The incredible goal in Turkey of a former OM player (video)