Riyad mahrez led Manchester City into another historic night. Those of Guardiola not only did they make the epic comeback from the first leg good, but they they beat PSG again to win the ticket to Istanbul with honors. His first Champions final. Pep’s return to this stage, 10 years later. The dream that East Manchester have been chasing for over a decade is now before their eyes. 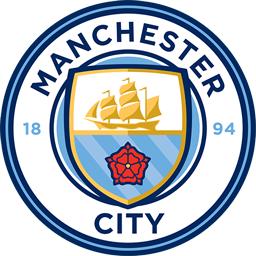 The idea of ​​Guardiola’s City is the same as always, although many things have changed. To get started, the voracity with which they gave the first hammer blow, on the first arrival. Mahrez he will take the headlines with both goals, but the defense deserves a separate mention. The titanic effort of Walker drying up Neymar, drowned in the Etihad. The society they have built Stones and Rúben Dias. What sustained them in the worst moments, so that De Bruyne, Foden and Mahrez to pass sentence again.

The night started badly for Pochettino from the start of the eleven. Mbappé did not recover in time of his injury, he fell on the bench and his place was taken Icardi. The Argentine, with a horrible game, made the absence of the French genius even harder. They came to dream of an early penalty that the referee conceded, but the VAR rectified correctly. Seconds later, City spotted an escape from Pochettino’s pressure. Opened it Ederson, with a tremendous cannon shot that crossed midfield to reach Zinchenko, the smartest in the class. The French stopped the first shot, from De Bruyne, but Mahrez picked up the rejection to punish. A right hand to make it clear that City was serious.

The panorama did not change at all for PSG, who still needed two goals to dream of the miracle. Neymar could not take off as many expected. Still, the French found their moment with a Marquinhos header that hit the crossbar, and a Di Maria shot that licked the post, with Ederson midway out. They did not take advantage of them, an unforgivable toll in the Champions League.

Those of Guardiola found the tone through the ball. He put down his foden flashes, irrepressible for Florenzi, as he could see with the sentence in the resumption. But before this, City had to grit their teeth.

Pochettino’s men rebelled again after the break. They had two arrivals through Neymar and Ander Herrera, both blocked by a commendable defensive work. First Stones and Zinchenko, then Rúben. Guardiola’s rear was a wall, an effective example of why they are the least thrashed team in the Champions League. And after the suffering, the calm.

The risks of PSG ended with a highway for City on the counterattack, a candy for a pitcher like De Bruyne and the engine of Foden. He launched the Belgian, overflowed the English, seating Florenzi and giving away the pass of death so that Mahrez will shoot the perfect storm on the net. The Parisians fell apart. Di Maria expelled herself after a hook with the veteran Fernandinho and his options disappeared. Manchester City was able to enlarge the wound, but it was no longer necessary. City had done it. Those of Guardiola have rewritten their history, and nothing prevents them from continuing to dream.