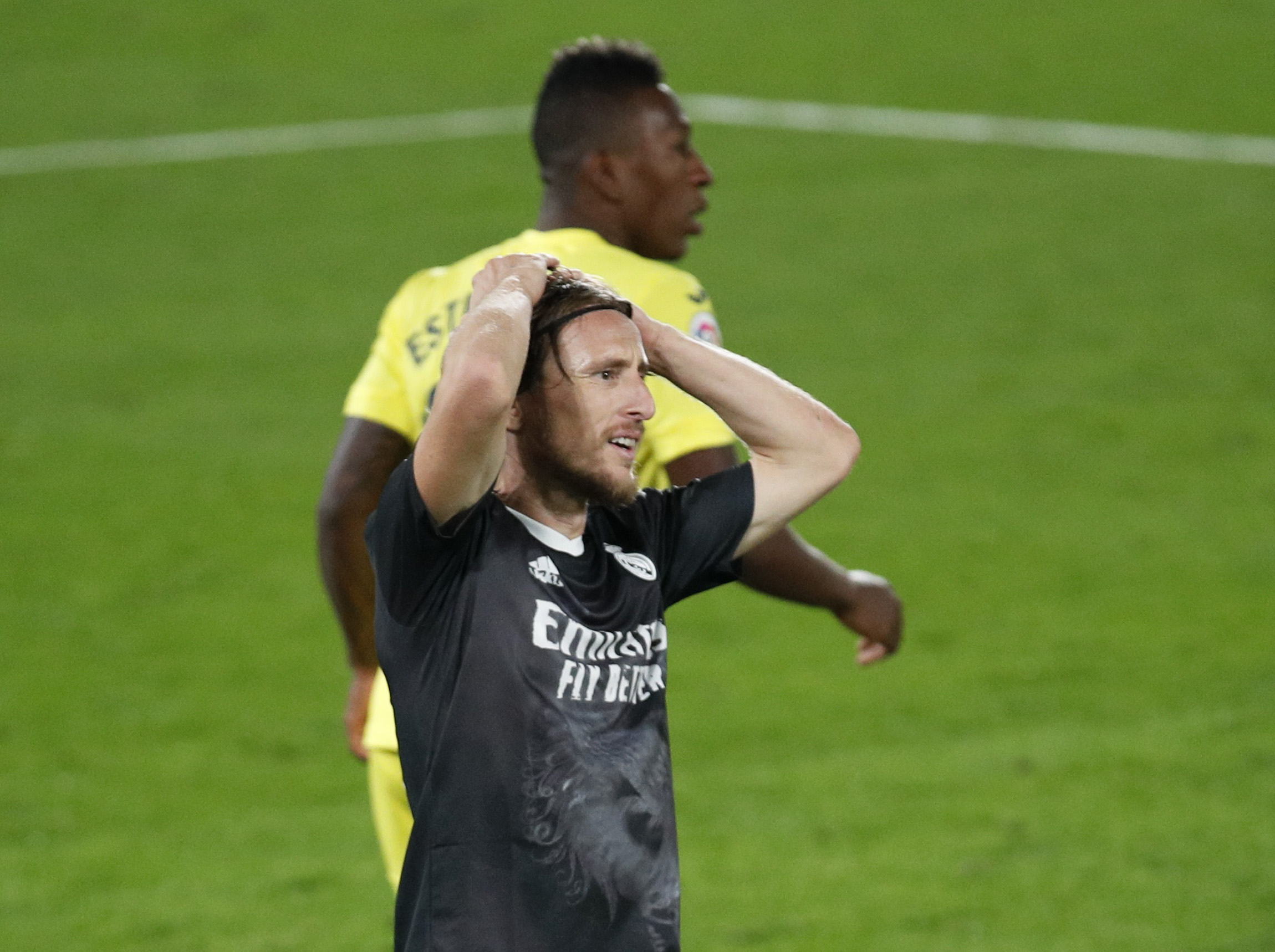 Real Madrid did not come out of their astonishment. Neither did Valencia. In Mestalla, and in the rest of the planet, everyone was rubbing their eyelashes by the clinical eye of the VAR. Up to four penalties launched the Valencian Soler. Along the way, hands, slaps, run-ins, untimely footfalls, a ball that crossed the goal line by centimeters. By VAR: 4-1. It is the football that touches. It is decided both in the meadow and by that new referee’s peephole, mostly successful this time. Today, the details condemn or drive like never before. VAR to VAR Valencia grew on the shoulders of Gayá. VAR to VAR, own mistake after own mistake, Madrid went to hell, which had no support, Asensio and Isco diluted. A Real who, injured Benzema, closed the blind with Jovic, Mariano, Rodrygo, Odegaard and Ramos on the attack. A Madrid, so reliable back in the last league, that now it has seven consecutive matches concede. To make matters worse, never in its history had it been sanctioned with three penalties in a challenge. In Mestalla, the four defenders had crumbs: three made penalties and the fourth was the enemy of his goalkeeper.

What times! The drift is such that there are times when more is played in that gloomy VAR room than in the field. It happened in Mestalla, with muddles and more muddles that lasted five minutes in the first act and six in the second. It is another football. A bunion one millimeter ahead can cost a goal. Or the bangs of this or that. And the hands of those who do not cut them or those grinder arms that hit or brush faces. Sometimes they hurt, other times they cause transient faints. And the video rewinds rewinds.

Modric, improvised in the Casemiro areas, complimented the ball. Madrid, without more, had a comfortable game subject. In front, that Valencia who is known in a thong after the incessant marketing of its owner. A team at the mercy of youngsters like Hugo Guillamón, Yunus Musah and Kang In with the mattress from the nursery in which Doménech, Gayá and Soler cradled. Until the astonishing win against Madrid, one point of the last twelve had counted the whole of Javi Gracia.

Modric himself tested Doménech with a raw and low shot. In those of Javi Gracia there were only footsteps of Gayá, captain, side, winger, soul and whatever they ask of him. It did not seem that Gayá was enough, he assaults that assaults the route of Asensio and Lucas. Isco was freed from the pick and shovel. If he wasn’t, he didn’t hide it. With Madrid peaceful, Benzema caught a whiplash from the balcony of the area. The ball bounced off Guillamón. Impossible for the local goal.

All at the feet of Real when Gayá, of course, threw a cross and Lucas jumped with one arm to the wind. Footballers should have their hands tied in training. Today the cante of the VAR forces. Then came an eternal penalty. Soler launched, Courtois stopped him and the rejection came to Soler himself with the goal in his face and clear. The Valencian player, it is not known how, crashed with a pole. Musah reached the second rebound and celebrated the hole. Badly done. A tip from the VAR revealed that Musah had a callus on the line of the area before shooting Soler. There was not the thing left. Another blow: Lucas was also stepping on the area. Penalty to be repeated. Soler executed it the same. Courtois didn’t stop him by a finger.

The refereeing Sanhedrin did not stop there. They all still felt the echo of the infinite debate for five minutes when a Maxi Gómez center was rejected towards their goal by Varane, harassed by Cheryshev. Courtois was caught with his buttocks on the ground and could not get the ball out. The referee checked it and found that the ball had crossed the goal line. It did not end there. Previously there was a stroke of Cheryshev on Asensio, who went to the canvas. There was no punishment and 2-1.

He started the second act at full speed, with Doménech playing the guy in an outing against Benzema. Kang In replied with a shot that splintered Courtois’ left post thanks to Courtois. The Belgian came to deflect the auction with a nail. It seemed that soccer would finally prevail over entanglements. Not at all. Gayá, of course, tied the umpteenth knot to Asensio and Lucas. He ventured into the area and after a rebound Marcelo and Maxi collided. The second penalty, the third for Soler. Bingo: 3-1. It did not end there.

A few good stops from Doménech led to an excursion from Musah to Courtois. Ramos crossed the road and patted the ball. VAR review and the fourth release for Soler. Thumb up for him: 4-1.

The Real lunged towards Doménech. There it all ended after a match in which Madrid was thrashed.