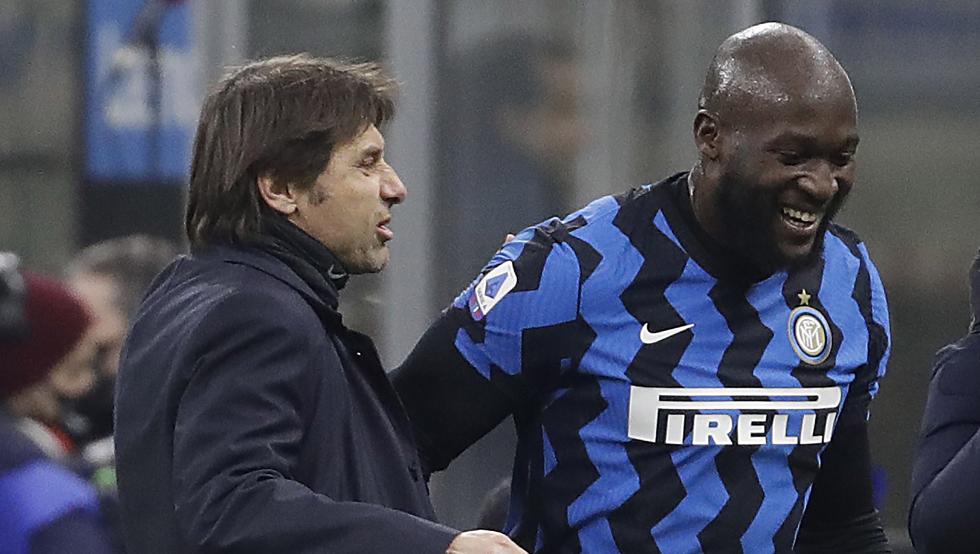 The Inter fans dream of their first ‘scudetto’ since 2010, when José Mourinho achieved a historic triple by also winning the Champions League and Coppa. The ‘nerazzurri’, now led by Antonio Conte, beat Lazio (3-1) on Sunday and ousted their eternal rival Milan from the lead, who they will face this coming Sunday with a point advantage in an exciting derby.

Romelu Lukaku was decisive against Lazio with two goals and assistance to Lautaro Martínez after an internship in which he exhibited his physical power. The leadership was not the only source of pride for the Belgian striker as, at 27 years old, he reached 300 goals in his career with the double, including those achieved with the Belgian team.

It is on Lukaku’s performance that Inter’s hopes of preventing Juventus from winning their 10th consecutive scudetto largely depend. That is why the ever demanding Conte stressed after the game against Lazio that “we need this Romelu, he has returned to his usual level. He’s had a bit of trouble lately, but it’s normal to have a drop in form. “

Lukaku proved on Sunday to be in a plethora of moments. He opened the scoring by transforming a penalty by deceiving Pepe Reina, achieved 2-0 taking advantage of a rejection by Gonzalo Escalante that left him alone and sentenced by giving Lautaro 3-1 after a spectacular interned on the right in which he displayed all his physical potential .

Tied with the ‘capocannoniere’ Cristiano Ronaldo

Lukaku has 16 goals in Serie A and caught up with ‘capocannoniere’ Cristiano Ronaldo. This season he has been 22 counting the 4 in the Champions League and 2 in the Coppa. Since his arrival at Inter in August 2019, he has totaled 56.

Lukaku has only won one title in his career, the Belgian league with Anderlecht in the 2009-10 season, when he was proclaimed top scorer in the championship with 15 goals at just 16 years old! Now he is facing the great opportunity to achieve a whole ‘scudetto’ and the hopes of Inter are deposited above all in him.

Lukaku will meet again this Sunday with Zlatan Ibrahimovic, an exciting scoring duel in itself seasoned that will come a little less than a month after the tremendous brawl that Belgian and Swedish maintained in Coppa’s quarter-final derby with an unpleasant Crossing of words on the pitch and attempted aggression when their foreheads were touched.