Home>Entertainment>Luis Ernesto Franco is in mourning: Who died?

Mezcalent Luis Ernesto Franco lamented the death of his father.

Luis Ernesto Franco lives one of the most difficult moments in his personal facet after making himself known about the unfortunate death of his father. The Mexican actor honored the memory of his father with a heartfelt message on the Instagram platform.

“With you life was never boring, with that absent-minded, happy personality, always with a joke it was a joy to spend time with you. Being your son is a privilege, my greatest blessing. Fly high daddy, may your light continue to illuminate where you are now ”, Franco affirmed in the first fragment of his publication.

The 37-year-old interpreter shared a series of photographs to emphasize that his father was present in the most important moments of his life: “Here you leave a good example of what it means to be a great father, with defects and virtues but a present father, loving, honest, honest, funny… a very easy to love father ”.

“My teach, my warrior of life, my beautiful father, you only changed direction, soon we will see each other again,” added Luis Ernesto Franco to point out that he will always remember his father with a smile and with the joy that characterized him.

So far, the protagonist of the series “False Identidad” has not disclosed the cause of death of his father.

Univision explained that the actor took to social networks a couple of days ago to request help to get an oxygen cylinder in Mexico City. However, it is unknown if the announcement could be related to the health of his father.

Personalities of the performance expressed solidarity with Luis Ernesto Franco

Big stars of the acting industry spoke through the Instagram platform to mourn the unfortunate death of Luis Ernesto Franco’s father.

“Your dad when he was the manager of your restaurant told me: ‘The day we leave, let it be with a happy belly.’ He is happy, at peace now cute millet. I hug you very tightly, ”mentioned Mexican actor Raúl Méndez.

“I am so sorry, my boy. I accompany you in your pain and may your father fly very high. A big hug and blessings, “said Mexican actor Juan Manuel Bernal.

“She will always be close to you with that little smile. I hug you strong güero ”, pointed out the Mexican actress Marimar Vega, ex-wife of Luis Ernesto Franco.

“A hug with a lot of affection güerito for you and all your family”, highlighted the Mexican actress Ariadne Díaz.

Luis Ernesto Franco: The most valuable gift his parents gave him

The Mexican magazine Who reported that Luis Ernesto Franco confessed in an interview with the journalist Mara Patricia Castañeda that the most valuable gift that his divorced parents could give him was having met again to share with him on his birthday in 2018.

“My parents divorced when I was very young, I was four years old, I stayed with my father; about 11 years old, I met my mother again and let’s say I didn’t have a photo with the two of them together and, on my 35th birthday, they both wrote to me: ‘What do you want as a gift?’ three and let’s take a picture, because I don’t have a picture with you together, ‘”said the prominent actor during the interview with Castañeda. 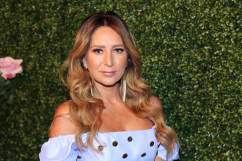