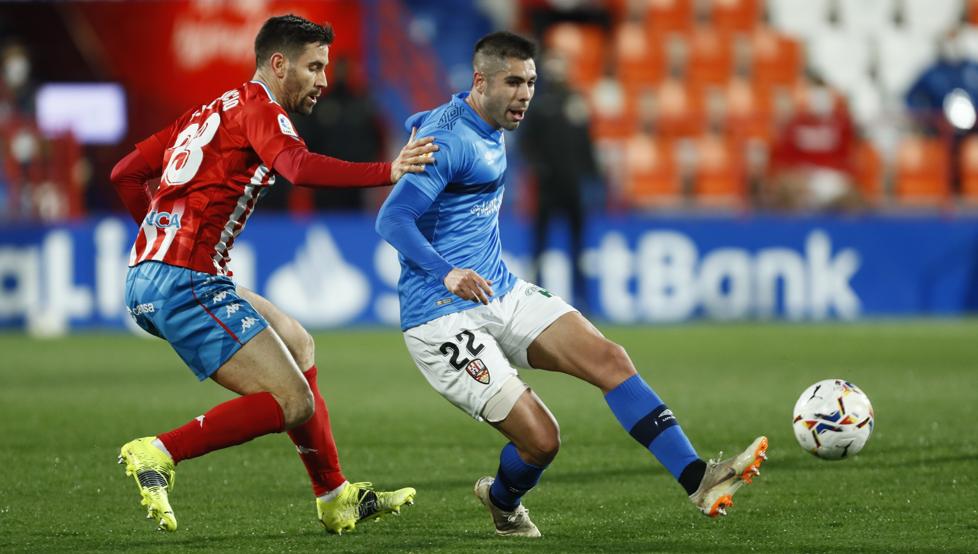 The Lugo this Sunday equaled his record of expulsions in a season in Second division and there are still sixteen days to play in LaLiga SmartBank.

Hugo Rama saw the red card for double yellow in the match against Logroñés (1-1) in the Carriage width. Twenty minutes separated both cards to the midfielder, who had joined the game after the break.

His coach, Mehdi Nafti, tried to prevent Carlos Pita and Juanpe Jiménez from seeing the red for two cautions after receiving yellow in the first period with his entry and Xavi Torres’, but, curiously, these exchanges did not prevent him from finishing the game with ten players.

It was the second expulsion of Hugo Rama so far this season, the only one who has had to leave the rojiblanco team twice early by arbitration decision this season.

He only reached eight expulsions on two other occasions in the silver category: last year and in 2015/16, but in 42 days, sixteen more than those that have elapsed this season.

Only three players reached the two expulsions in the same season with Lugo in Second, like Hugo Rama this year: Pablo Cendrós and Diego Seoane in the 2015/16 campaign and Víctor Marco in 2013/14.