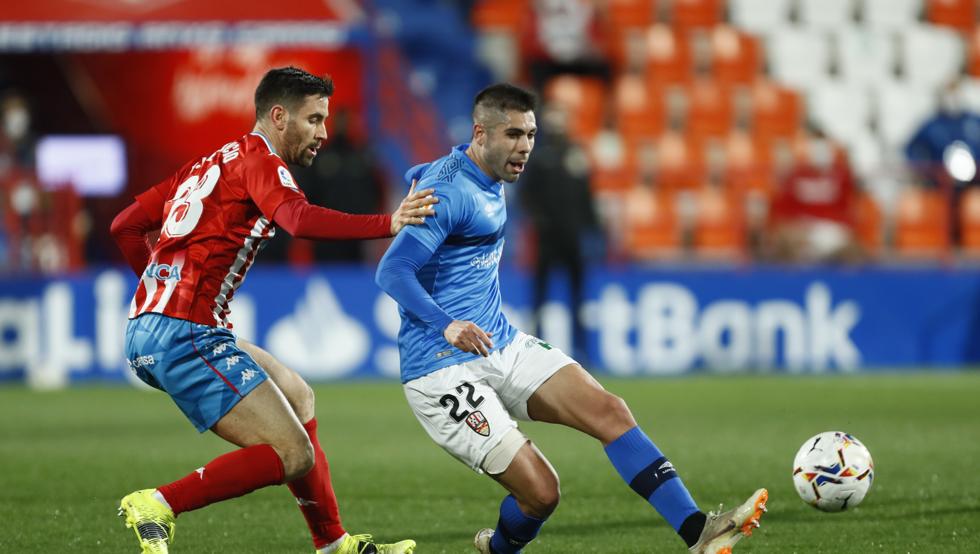 Lugo and UD Logroñés extended their streaks this Sunday with a draw (1-1) at Anxo Carro, where the visitors took a penalty and the Galicians rescued the point with a good move from Manu Barreiro in the area before Hugo Rama will leave them with ten in the final stretch of the crash.

The point does not satisfy either team. Lugo has ten straight games without losing at home – their record – but they have only won two of the fourteen most recent matches, while UD Logroñés has only won one of the last thirteen and has not won as a visitor since 22 November (eight games).

UD Logroñés shot for possession and Lugo, vertical. The two extremes of the Galician team, Appiah, who made his debut as a starter, and the Panamanian ‘Puma’ Rodríguez were incisive. His were the best options in the first period.

At a quarter of an hour, the Dutch and English international gave the first warning to the La Rioja with a fleeting attack that ended with a very wide shot. In the other band, the ‘Puma’ replied with a shot with the right to which Santamaría responded with his fists. And before the break, Appiah, with a left foot, met the goal post of Logroñés.

The visitors lost to injury in the first act to Errasti and Clemente and their coach, Sergio Rodríguez, had to use two of the three trade windows.

He also refreshed the team in the intermission with the entry of Pacheco by Olaetxea, while Lugo opted for a more offensive formation. Nafti sat the two pivots with yellow and used Hugo Rama in the midfield. Interestingly, he was expelled.

The UD Logroñés, who had not scored for five days, took the opportunity to break his drought an internship of the Lugo player Iago López, Deportivo’s youth squad, who was shot down in the area by Ander Cantero. The referee punished the action with the maximum penalty and Andy beat the Lugo goalkeeper, who guessed the intentions of the Riojan captain.

Nafti joined the game with one of his most overflowing players, Gerard Valentín, who assisted Manu Barreiro in the 68th minute to tie the match. The forward controlled with his chest, adjusted the ball with his toe, turned and beat Santamaría. A pure nine goal. The seventh of this season, but the first in play.

UD Logroñés had the option of taking the lead again with seven minutes to go after a defensive error by Marcelo Djaló who failed to take advantage of the Argentine Petcoff.

Sergio Rodríguez’s men faced the final stretch of the clash with one more player due to the expulsion of Hugo Rama, who saw two cards in twenty minutes. Lugo countered with the entry of a midfielder by Barreiro and managed to keep the tie.

(+) See the summary of Lugo – Logroñés

Incidents: Match of the twenty-sixth day of LaLiga SmartBank played in the Anxo Carro behind closed doors.