Luca de Meo, the head and leader of the Renault Group, has made some important statements in which he leaves the door open to a more than possible generalized price increase in the models of the Dacia brand. An increase in prices caused by European regulations.

Dacia it is immersed in a process of internal revolution. In a short space of time we have seen the launch of three models that will play a relevant and leading role in the coming years. The debut of the new Dacia Sandero, Sandero Stepway and Logan, have been the starting gun for the arrival of the «New generation Dacia».

However, beyond the renewal of models that make up the current Dacia range, we must also focus on the “new players” who have joined the ranks of the Romanian manufacturer. We have on the one hand the new Dacia Spring, the first electric car to be sold by Dacia and which is called to revolutionize urban mobility. And on the other hand, in the near future a 7-seater SUV will be introduced that is called to fill the position of both the Logan MCV and the Lodgy. 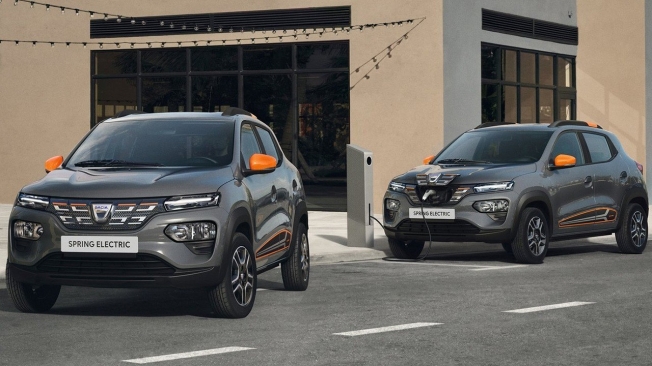 Will Dacia models go up in price? Luca de Meo alerts us

Luca de Meo, CEO of the Renault Group, has made important statements about a question that will be key for the future of Dacia. Will the Romanian firm’s cars go up in price? De Meo has been quite clear in this regard and, although he has not affirmed it in a categorical way, he has left the door open to the possibility that, in a short time, we will witness an increase in the price of the models of this low-cost brand .

Specifically, these have been the statements made by Luca de Meo to a specialized British media: “Dacia is doing very well in terms of profitability. Go back to the business model, the definition of the product and the industrial footprint. Dacia is the exception to the rule for me. However, and what is more relevant, De Meo warned that even Dacia prices would have to rise slightly
to “cope” with upcoming emissions regulations.

The key to this whole affair is the arrival and entry into force of the Euro 7 standard. An even more demanding regulation with the levels of CO2 emissions. Car manufacturers are working hard to reduce the average emissions in their range. Electrification is the main route that is being chosen. Dacia is no stranger to this situation and proof of this is the introduction of the aforementioned Spring, its long-awaited electric car.

Dacia Sandero, the best-selling B-segment utility, by far, in Spain

Important adjustments are also being made to the mechanical offering of its models. In less than a year the first Dacia hybrid will also be presented in society. It is a key time for the immediate future of this automobile company.

In Spain, most new cars will become more expensive in 2021

On the other hand, and in case a possible Dacia brand price rise it was not enough, we must also be very aware of what is going to happen in the Spanish market just around the corner. As of January 2021, most new cars will be affected by an inevitable rise in registration tax due to the arrival of the WLTP consumption and emissions homologation cycle. In said month, the extension that delayed the application of the new calculation by tranches of this tax will end. We will find ourselves facing price increases that will be around € 900.

If you are thinking of buying a car, you must take into account all these changes that are coming to the Spanish market and, therefore, it is very possible that it is advisable to make the purchase now and not wait for next year.