Resurrection, renewal, revolution. These three words summarize the objectives that the Renault Group has set for the 2021-2025 period, in which it will deploy a strategic plan that has already been approved by the firm’s board of directors and that today President Luca de Meo has given to meet the world under the name ‘Renaulution’. They cover all the Group’s brands.

The ‘Resurrection‘is the first phase of the strategic plan. It began in the summer of 2020 with the appointment of De Meo and will last until 2023. During this period, profits and liquidity will be a priority to reverse the trend of recent years. In 2023, they calculate that the first parameter will be 3% and the second will be 3,000 million euros.

Between 2023 and 2025 the ‘Renewal‘. During these years, Renault will focus on new launches and on strengthening the Group’s respective brands. A first sample is the Dacia Bigster, a C segment SUV that will arrive in 2025, or the renewal of the iconic Renault 5, which wants to be a boost of morale for the entire company.

The last phase will be the ‘Revolution‘, which will begin in 2025 and will continue until at least 2028. Mobility and connectivity will take on special relevance, as well as the development of a new business unit in technology and mobility under the name Mobilize, which aims to account for 20% of the Group’s turnover in 2030.

All in all, Luca de Meo has proclaimed that they want to « shift our attention from volume to value » and has announced that they have already started working in parallel on all these fronts, despite the fact that right now the most immediate priority is the present.

It has identified as a weakness that the Group’s productive capacity is greater than its real needs, which implies a restructuring of its production on a global scale – from 4.0 million in 2019 to 3.1 in 2025 – in search of greater efficiency –From an occupancy of 70% to one of 120%.

He said that Spanish factories are not in danger a priori, although it is still too early to know what role they will play in the future of the Group.

He pointed out that five European markets account for half of Renault’s profits, a fact that he has used to argue that the global expansion strategy in recent years has been a failure. He has also said that « segment C is a missed opportunity », because right now his sales in this segment are minority.

Your solutionTherefore, it involves simplifying the Group in terms of engineering – eliminating unnecessary diversity and complexity -, reducing the Group’s costs, reducing the profitability threshold by 30%, focusing investment on the products that give the most benefits and investing in expanding the profit margin as an expansion strategy.

The Engineering department has been rethought to streamline bureaucracy and improve its efficiency as a human structure by 30%. For practical purposes, he hopes that this will speed up the development of new vehicles and that in the future they will only need three years to become a reality, instead of four.

The simplification and elimination of duplications covers the vehicle platform. 80% of the Alliance cars – Renault, Nissan, Mitsubishi – will start with three architectures in an effort to cut costs and accelerate development, as Volkswagen has recently done with its MEB.

Motors will also go through a slimming diet, going from eight families to just four in 2025. There will be a single gasoline engine, which will vitaminize with E-Tech electrification for greater or lesser sportiness. There will be a Diesel for light commercial vehicles and two alternative solutions – electric and hydrogen – for new energies. 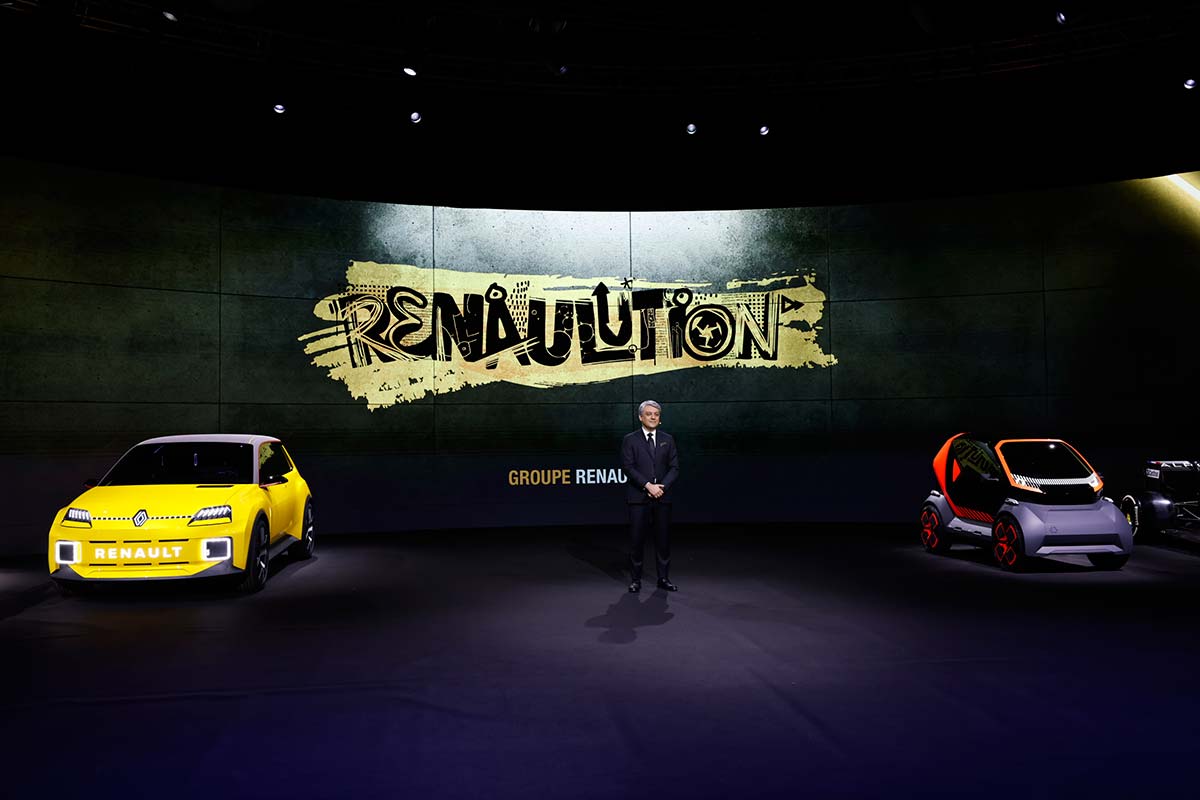 Luca de Meo has made it very clear that he wants to differentiate the role of the three manufacturers in the Group, which currently overlap in some markets.

Dacia is the affordable brand, but some Renault vehicles compete in the same segment. And the brand with the diamond has the RS sports cars, which in turn compete with the Alpine philosophy.

To prevent this from happening in the future, De Meo has divided the cake: Dacia will remain the affordable market and the lower stratum of the generalist, Renault will cover the rest of the mainstream and Alpine will be the aspirational firm.

If this is fulfilled, Renault wants to increase the price of its vehicles on a sustained basis – 5,000 euros in 2023, 7,000 in 2025 -. Dacia will raise its price by 30%, predictably to cover the section of the generalist that until now covered the matrix.

Of the 14 cars that the Group will present in the 2021-2025 period, practically half will be completely electric. Indeed, Renault expects BEVs to account for 30% of its global sales in 2025 and hybrids to reach 35% thanks to E-Tech technology, which they have suggested will be more accessible in the coming months.

They also aspire to have the largest electricity production infrastructure in the world, combining plants dedicated to their assembly with others to produce batteries.

To strengthen connectivity, Renault wants to develop more software updates for its vehicles to prevent them from depreciating and keep them relevant for longer. It has also developed a new synergy with Google, which will begin in 2022 with the introduction of the MyLink –Google native– infotainment system in the Mégane E – possibly the production version of the Mégane eVision.

The maintenance of the electrical ones will include the possibility of changing the battery and facilitating the recycling of the old one. 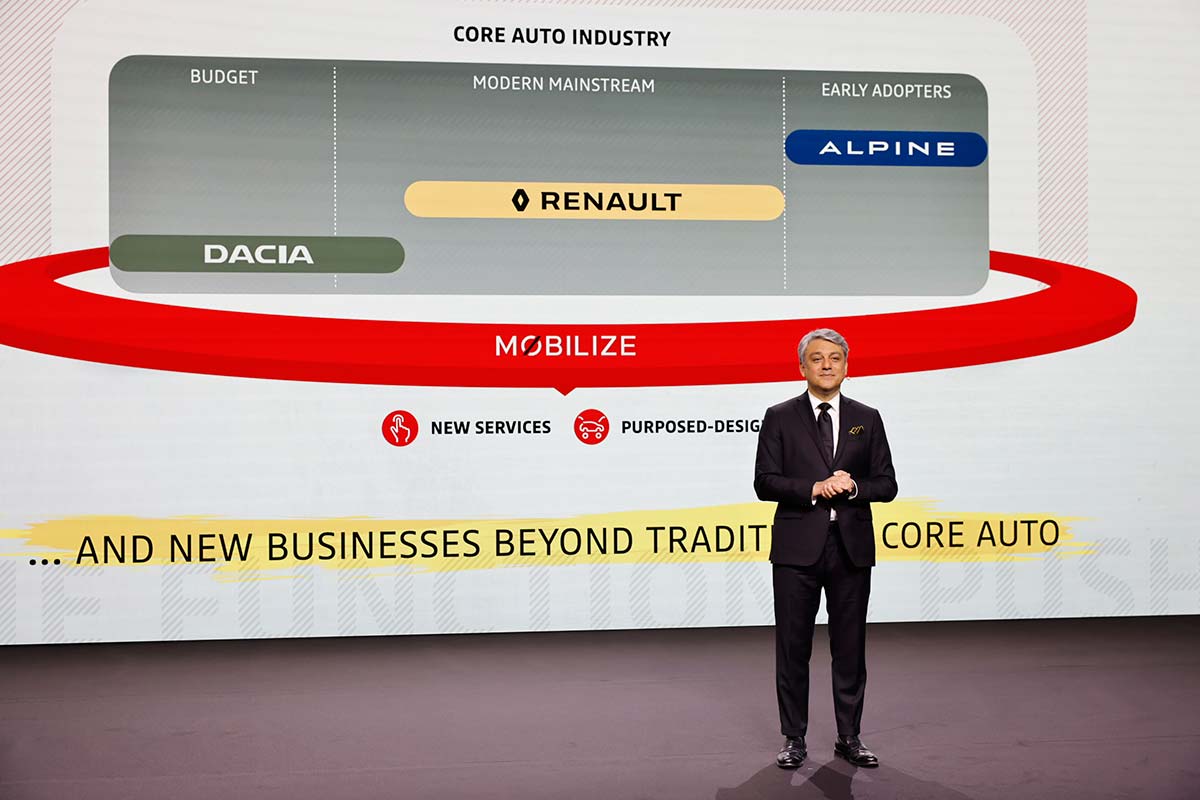