(CNN Spanish) – This month, and on the occasion of the 2018 World Cup in Russia, “Live Golf” with Lorena Ochoa has a luxury guest. It is about goalkeeper Jorge Campos, whose influence on Mexican soccer and his passion for golf are evident both on and off the field.

LOOK: Lorena Ochoa: approach to the green with «Flop Shot»

“It will be difficult to find a player like her, everything she gave us, it is a pride to see her. I spend it in the United States following her all the time and you feel excited when you see her career », Jorge Campos mentioned in March of this year when we met him in Mexico City, during the WGC Mexico Championship.

The charismatic former soccer player said he was looking forward to playing a round of golf with Lorena Ochoa. “I would like to play with the number one in the world, Lorena Ochoa. For us it is the greatest thing we have ever had ”he said.

That wish is reciprocal. However, an injury to two ligaments in his right hand prevented Ochoa from playing with Campos. 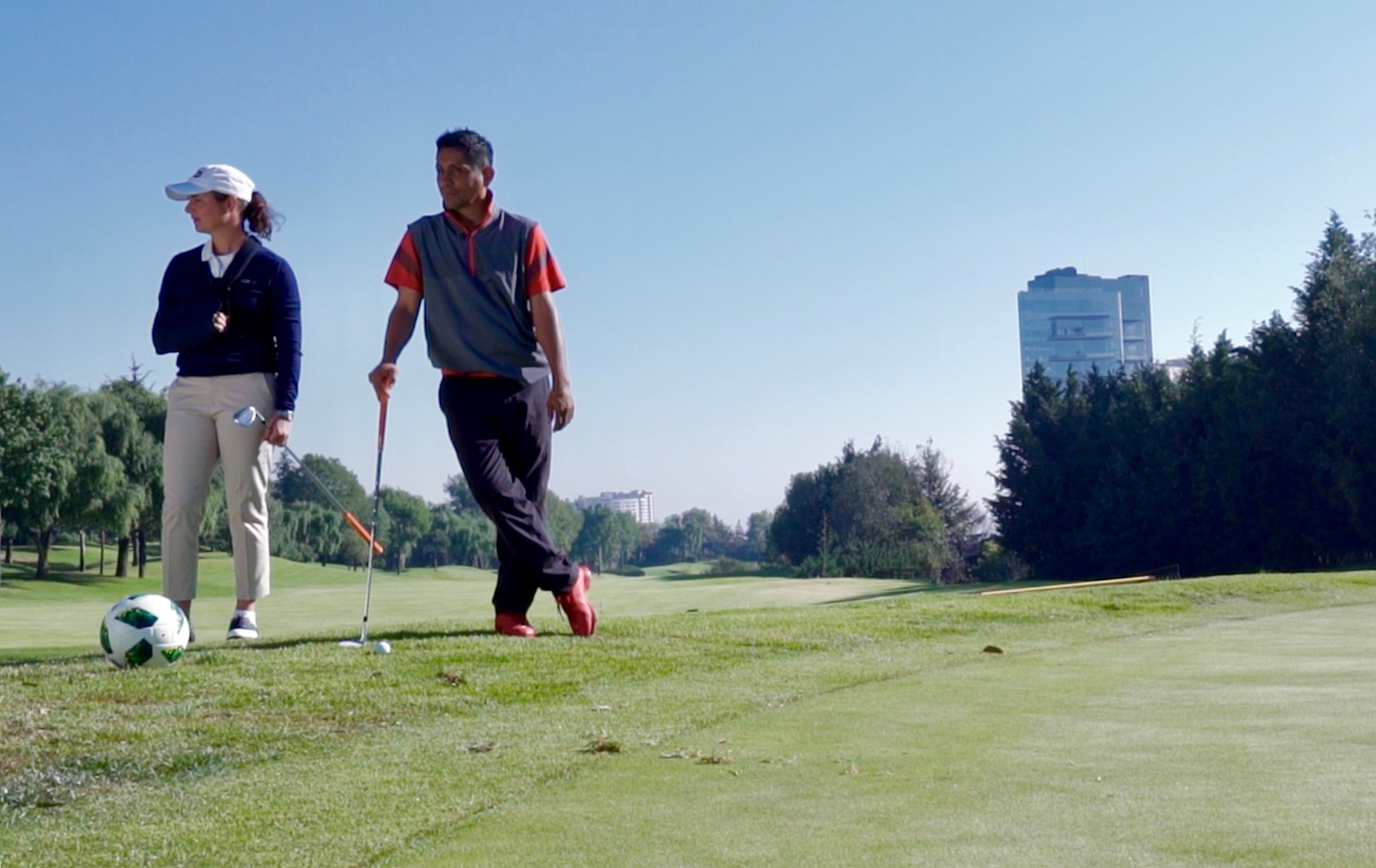 But we decided to make it happen, even in part, with a football game. “Playing football for a while with Jorge Campos was very nice, it’s something we have in common. I love football and he loves golf, so it was a very nice day ”.

Of Jorge, who has been his friend for several years, Ochoa mentions that “he always has a super attitude, very relaxed and I think that is something that we all admire about Jorge.”

Ochoa will be away from the golf course for a couple of months due to his operation, but he will continue to invite renowned athletes and personalities from this and other sports to “Vive el Golf”.

“I hope that soon we can play a golf match when I am 100 percent recovered from my hand,” he added.

“Vive el Golf”, with our special guest, Jorge Campos, will be broadcast this Saturday, June 9 and to celebrate this World Cup era we decided to mix football and golf with a round of futgolf. It was a unique opportunity with two giants of Mexican sports.