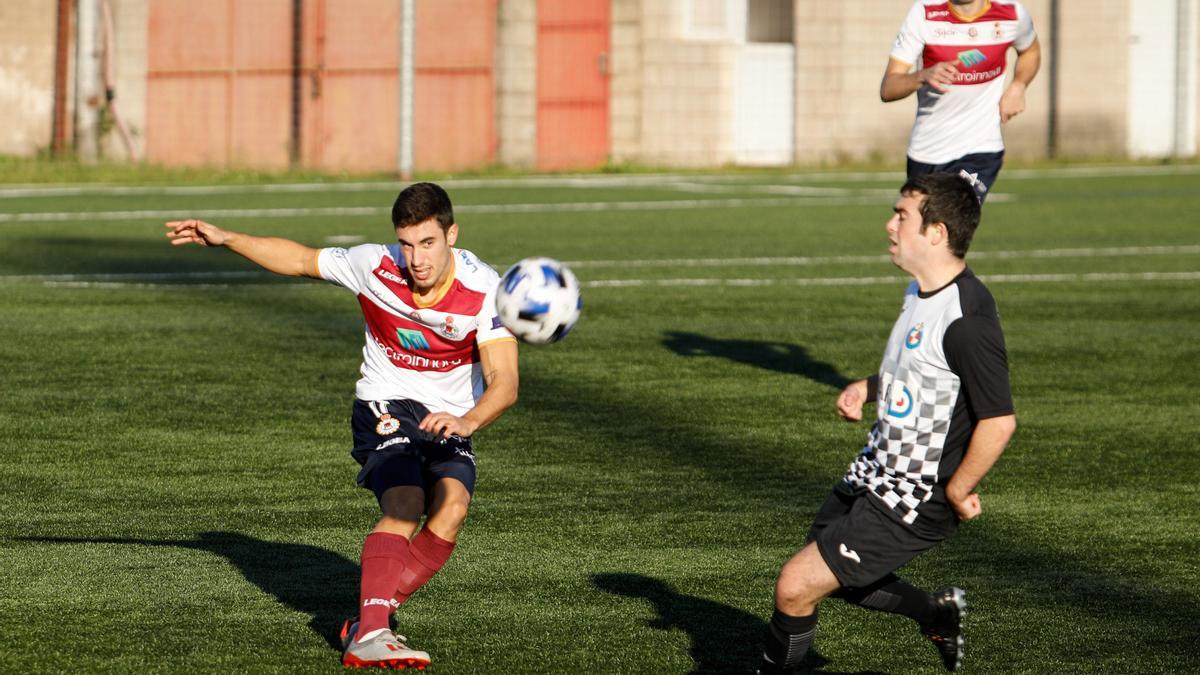 An image of the meeting between Gijón Industrial and Llanera

Postponement in the Asturian Third due to the covid. The Llanera-Praviano that was to be played this morning has been postponed due to the fact that several visiting players got up with compatible symptoms of covid. The Asturian Federation communicated the postponement to Llanera first thing in the morning. Meanwhile, the rest of the category prepares for the return to the ring, this time behind closed doors.

That it is played is already a step forward, that it has to be done without an audience, a setback that coaches and players are willing to accept in order to continue with the competition. The Asturian Third Division group gets underway today, with the dispute of the fifth day of subgroup A and the second of B, except Urraca-Condal, postponed by the positive of a player from the Posada de Llanes team.

“The ideal would be to play with the public, but what you have to do is play, keep going with the competition, there are people who have an income from this, families that largely live from this competition. The important thing is that this continues because in one way or another things have to improve ”, argues Chuchi Collado, Caudal coach, who today (17 hours) receives Ceares.

The Mierenses are one of the Third Party teams that, due to the level of their squad, must aspire to higher heights and have some of the highest chips in the category. “Our goal is clear that it is to be up and, therefore, at home we cannot lose too many points. We have to make a serious game and be 100% against a rival, Ceares, always dangerous ”, adds the Caudal coach.

At Ceares they also celebrate the return of football. At least his coach, Pablo Busto, who recognizes that both he and his players are “looking forward to the game.” “These months training, without competing and with so much uncertainty were affecting the squad,” he adds. The case of Ceares is special because in the only day that has been played in Third, the first, they had to rest (the group is odd and each day one rests). Therefore, they have been many months without playing. So much so that, the coach explains, “a couple of weeks ago I already started to see people who came to train a bit frustrated”. Pablo Busto is clear that what he has to do is return: “You have to make an effort for the players, they are not taken into account, when it was decided to start it was with all the consequences.”

Another who thinks that “the one that has been least thought about is the soccer player” is Abraham Albarrán, coach of Avilés, who today (16 hours) visited the Gijón Industrial field: “Many people live from this, some not totally but these Income is very important to them and it is a way of making a living, ”he adds. That is why he regrets so much pause: “It is noticeable for so long without playing muscularly”. He also complains that they cannot be accompanied by fans on the fields: “There have been no infections on the football fields,” says the coach.