After Spacex launched four astronauts into space on Sunday, the first transport flight for NASA by a private company, The spacecraft is expected to dock with the International Space Station (ISS) early Tuesday morning.

The Falcon rocket took off in the middle of the night from the Kennedy Space Center with three Americans and a Japanese on board, the second crew that SpaceX sends into space. The Dragon capsule on top of the rocket – named Resilience by the crew due to the multiple challenges this year has presented, particularly COVID-19 – reached orbit of the planet nine minutes later. The crew will remain on the International Space Station there until spring.

The crew of the SpaceX spacecraft, three Americans and one Japanese, they will join NASA astronaut Kate Rubins and Russian cosmonauts Sergey Ryzhikov and Sergey Kud-Sverchkov, who are already on board the ISS. They arrived last month on a Russian Soyuz spacecraft.

A safe docking will mark the end of the first stage of the historic mission, in which NASA and SpaceX have been working together for a decade to return manned spaceflight capabilities to the United States and ensure that the ISS remains fully equipped. CNN reported. 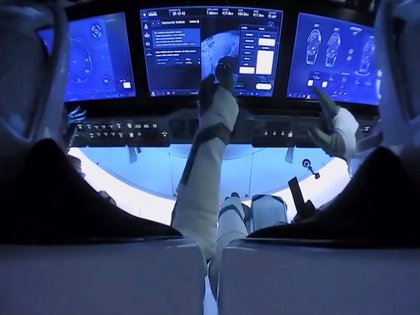 This also marks the first fully operational crewed mission for SpaceX., following a test mission in May that brought NASA astronauts Douglas Hurley and Robert Behnken to the ISS for a short stay.

“And Resilience soars!” Announced a commentator for the launch Sunday.

Absent because of the coronavirus, the founder and CEO of SpaceX, Elon Musk, was forced to follow the actions from a distance. He tweeted that he was “very possibly” suffering from a moderate case of COVID-19. NASA’s policy at the Kennedy Space Center is that anyone who tests positive is quarantined..

Sunday’s launch was carried out just months after the test flight with two SpaceX pilots. It kicks off what NASA hopes will be a long series of crew rotations between the United States and the space station, after years of postponements. More people equate to more scientific research in the orbital laboratory, according to authorities. 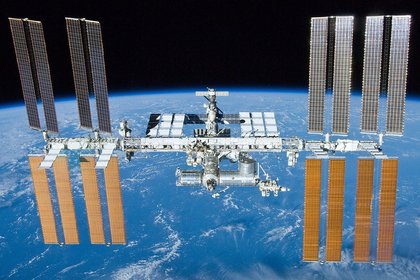 Cheers broke out at SpaceX Mission Control in Hawthorne, California, after the capsule reached orbit and the first stage of propulsion landed safely on a floating platform in the Atlantic.

“By working together in these difficult times, they have inspired the nation, the world, and in no small way the name of this incredible vehicle, Resilience”He declared. “And now we have to do our part.”

The flight to the space station – 27½ hours door-to-door – must be fully automated, although the crew can take control if necessary. As the capsule went into orbit, SpaceX reported fluctuations in the pressure valve of its thermal control system, but flight controllers were quick to resolve the problem. 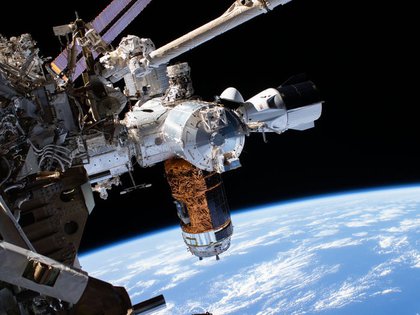 SpaceX’s Crew Dragon “Endeavor” spacecraft photographed by astronauts Bob Behnken and Chris Cassidy while on a spacewalk on July 1, 2020. (NASA)

With COVID-19 cases still on the rise in the United States, NASA maintained the safety precautions implemented at SpaceX’s first manned launch in May. The astronauts were quarantined together with their relatives in October. All launch personnel wore face masks, and the number of guests at Kennedy Space Center was limited. Even the two astronauts from SpaceX’s first manned flight stayed at the Johnson Space Center in Houston.

“I didn’t start to breathe for about a minute after launch”Pence said during a layover at SpaceX Launch Control to congratulate the workers. 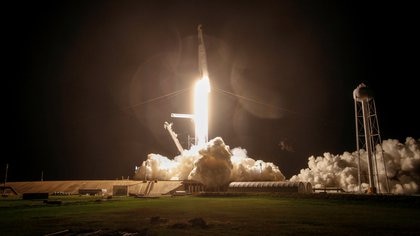 Outside the gates of the space center, the authorities anticipated hundreds of thousands of spectators in the towns and beaches surrounding the complex.

NASA was concerned that a launch on the weekend, and at night, could turn into a massive spread event of the virus. Authorities encouraged crowds to wear a mask and maintain social distancing. Similar recommendations for the May 30 launch were ignored.

In addition to Air Force Colonel Hopkins, the crew includes physicist Shannon Walker, Navy Commander Victor Glover – the first black astronaut on a long-term mission to the space station – and Japanese Soichi Noguchi, who became the first person in almost 40 years to go into space in three different types of ships.

With information from AP

Another achievement for SpaceX: a video shows how a ship catches the reusable tip of a rocket in flight

SpaceX: everything there is to know about the launch of the spacecraft