The Automobile Club of Monaco (ACM) has published the entry list for the 89th edition of the Monte Carlo Rally, the first scoring event of the WRC in its 2021 season. A list that includes a total of 84 crews and in which the presence of up to ten World Rally Cars and 19 ‘Rally2’ vehicles between the WRC2 and WRC3 categories, as well as an extensive list of R-GT vehicles. There is no shortage of ‘Rally2’ out of category to finish putting the climax to a list of entries that makes it clear the enormous talent that will meet in a rally limited by the curfew in France.

After winning his seventh WRC champion title, Sébastien Ogier regains number # 1, which is why the Frenchman tops the entry list with his Toyota Yaris WRC. Seb is also the spearhead of a Toyota project that this year will have four cars permanently, with Elfyn Evans and Kalle Rovanperä in the official team and Takamoto Katsuta in a parallel structure. There will also be four Hyundai i20 WRC Coupé that will compete in all rallies of 2021, since Pierre-Louis Loubet will be at the controls of the 2C Compétition unit in all the events on the calendar. 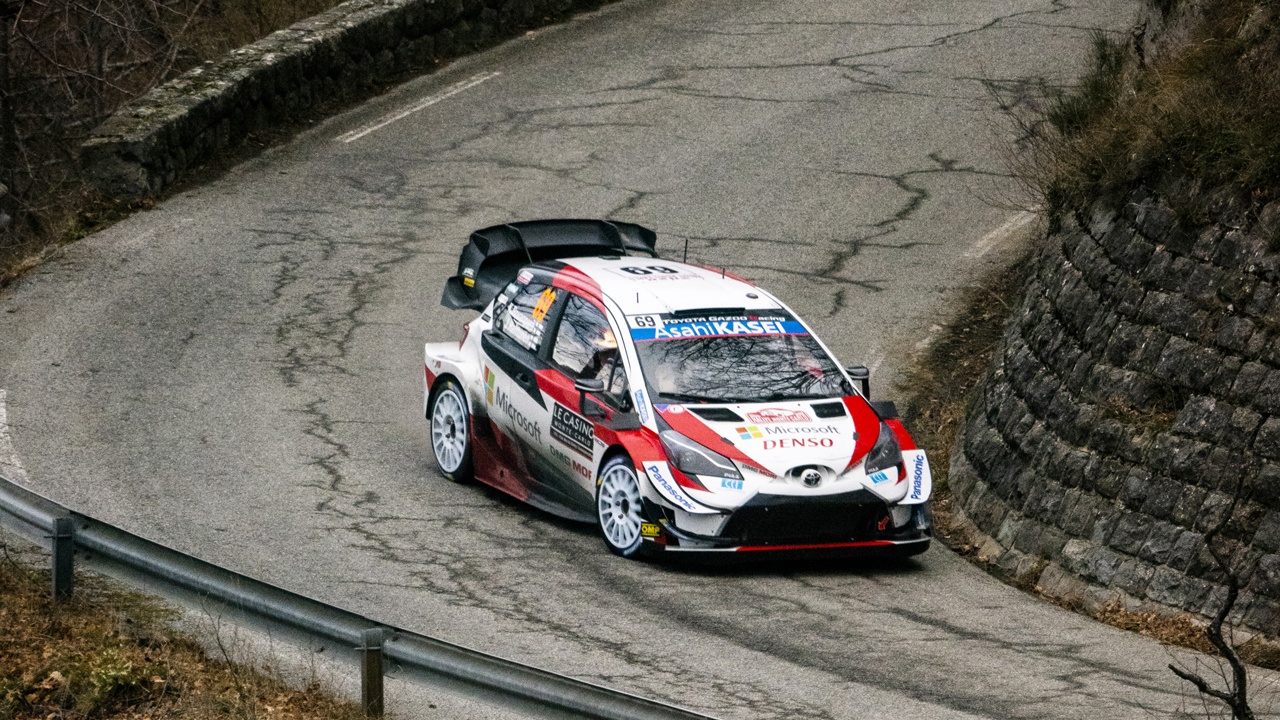 Toyota Gazoo Racing wants to win the constructors’ title after taking the reins of its team in the World Championship.

With everything, the official Hyundai team is made up of Thierry Neuville, Ott Tänak and Dani Sordo at the Monte Carlo Rally, still co-piloted by Carlos del Barrio according to the list of registered waiting for Borja Rozada to take the seat of fear. For its part, M-Sport will only have two Ford Fiesta WRCs, being the first for Gus Greensmith permanently. In the case of ‘Monte’, the Finnish Teemu suninen He will take over the second Ford with Mikko Markkula as co-driver. The Finn was already a ‘copi’ of Suninen between 2015 and 2018.

The entry list of the ‘Monte’ presents a remarkable participation in WRC2. In fact, the rally will have the honor of being the event with the highest volume of contenders in the category. And it is that eight ‘Rally2’ will meet in their sections, with the figure of Mads Ostberg still absent. Oliver Solberg competes for Hyundai, while Adrien fourmaux He does it for M-Sport. In addition, Toksport WRT as a Skoda team will compete with two cars driven by Marquito Bulacia and Andreas Mikkelsen. Movisport puts a Volkswagen in competition to Nikolay Gryazin and a Skoda for Enrico Brazzoli, while there will be two Citroën with Eric Camilli and Sean Johnston at your controls.

The Monte Carlo Rally, without sections in the afternoon due to the curfewRead news

Eleven are the ‘Rally2’ vehicles entered in the WRC3 category. Among the participants are Nicolas Ciamin, Yohan Rossel and the Spaniard Miguel Díaz Aboitiz as more prominent names. And it is that the third category has received an important change of pilots, leaving for now its list of entries somewhat decaffeinated. In fact, Kevin Abbring, Oliver Burri or Yoann Bonato also compete with a ‘Rally2’, but out of category. Perhaps for this reason, the RG-T class charges a higher interest, especially if one takes into account that there are up to six Alpine A110 R-GTs. Alberto Sassi with the Abarth 124 Rally sets the jarring note.