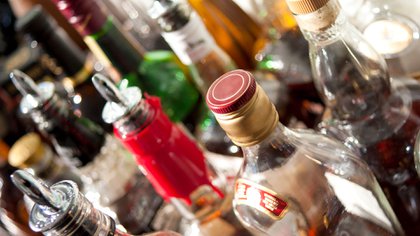 In recent figures, the Colombian Association of Liquor Industries (Acil) revealed that the closure of entertainment sectors such as bars, restaurants and tourist places, due to Coronavirus restrictions, caused a dramatic drop of 38% in the manufacture of liquor in Colombia.

In an interview for the economic daily La República, on July 11, the executive director of the Colombian Association of Liquor Industries (Acil), Juan Alberto Castro, stated that, “The current situation of the departmental liquor stores cannot be worse”, not only has the pandemic been a severe blow, the industry also fights against smuggling and adulteration.

“Liquor companies have been affected by the slowdown in the economy. However, we also have an additional impact and that is the demonization of alcoholic beverages. We understand the need for confinement, but to pretend that people do not drink liquor, that people cannot buy liquors in supermarkets to drink at home, is a prohibition that only leads to illegality and secrecy, “said the executive.

According to data from the Colombian Association of Liquor Industries, published by the economic portal Portafolio, As of October 2020, the production of drinks decreased 38%, compared to the same period in 2019, strongly affecting the finances of departmental producers.

The general manager of Nueva Licorera de Boyacá, Sergio Tolosa Acevedo, a company that manufactures products such as Líder and Ónix spirits, and Rum de Boyacá, told the newspaper that sales of the liquor sector are 70% linked to entertainment events, fairs, parties, nightclubs, mass events and even tourism, which have been slowly reactivated.

Faced with the drop in sales, during 2020, the industry had to reinvent itself, this was the case of Mauricio Vélez, marketing manager of the Licorera de Caldas Industry, who overturned the company and bet on the manufacture of antiseptic alcohol, of which, at this point, more than 1 million bottles reduced to 750ml have been sold.

“Although the total sales of units has fallen 4%, Vélez assured that, with antiseptic alcohol, a category that it did not have, it achieved a growth of 2.5%”, explained Portafolio.

Taxes on liquor are one of the great financiers of health, education and sports in Colombia.

Before the figures revealed by the Colombian Association of Liquor Industries, the National Federation of Departments showed great concern.

According to Didier Tavera, executive director of the Federation, the most affected departments have been Antioquia, Cundinamarca and Valle del Cauca, with collections accumulated until September for $ 74,203 million, $ 60,519 million and $ 25,428 million, respectively.

YOU CAN ALSO READ:

How your company can apply for Payroll Subsidy Assistance, which opens today

Eight years ago Colombia lost 40% of the sea

The Minister of Finance, Alberto Carrasquilla, said that he has $ 40.5 billion from the Emergency Mitigation Fund (Fome), of which he has used $ 34.6 billion for the care of the health emergency.

The Minister of Finance, Alberto Carrasquilla, said that he has $ 40.5 billion from the Emergency Mitigation Fund (Fome), of which he has used $ 34.6 billion for the care of the health emergency.