Lin-Manuel Miranda in his character as “Piragüero” sings in a scene from In the Heights.

As Anthony Ramos says, Lin-Manuel Miranda’s brain is working all the time. Only in recent months this Puerto Rican from New York has written the music for a Disney film, “Encanto”; premiered a streaming version of “Hamilton”; provided the voice and composed the music for the animated film “Vivo”; he directed a film for the first time, “Tick, tick… Boom!”…

But it all started long before, with the turn of the century, when the adolescent Lin-Manuel was known in New York as “Luis Miranda’s son”, he started dating what is now his wife and mother of his children, and he was beginning to write a musical about life in Upper Manhattan.

“In the Heights” came true. The off-Broadway hit was followed by a premiere at the Richard Rodgers Theater. He was nominated for 13 Tony Awards and won four, including Best Musical. After three years of Broadway performances, he began a national tour and made his way to London.

Now, a year late due to the pandemic, comes the movie version of “In the Heights”, directed by Jon M. Chu and with Miranda behind the entire production. In addition, he reserved a small role as a pirogue salesman on the streets of Washington Heights. 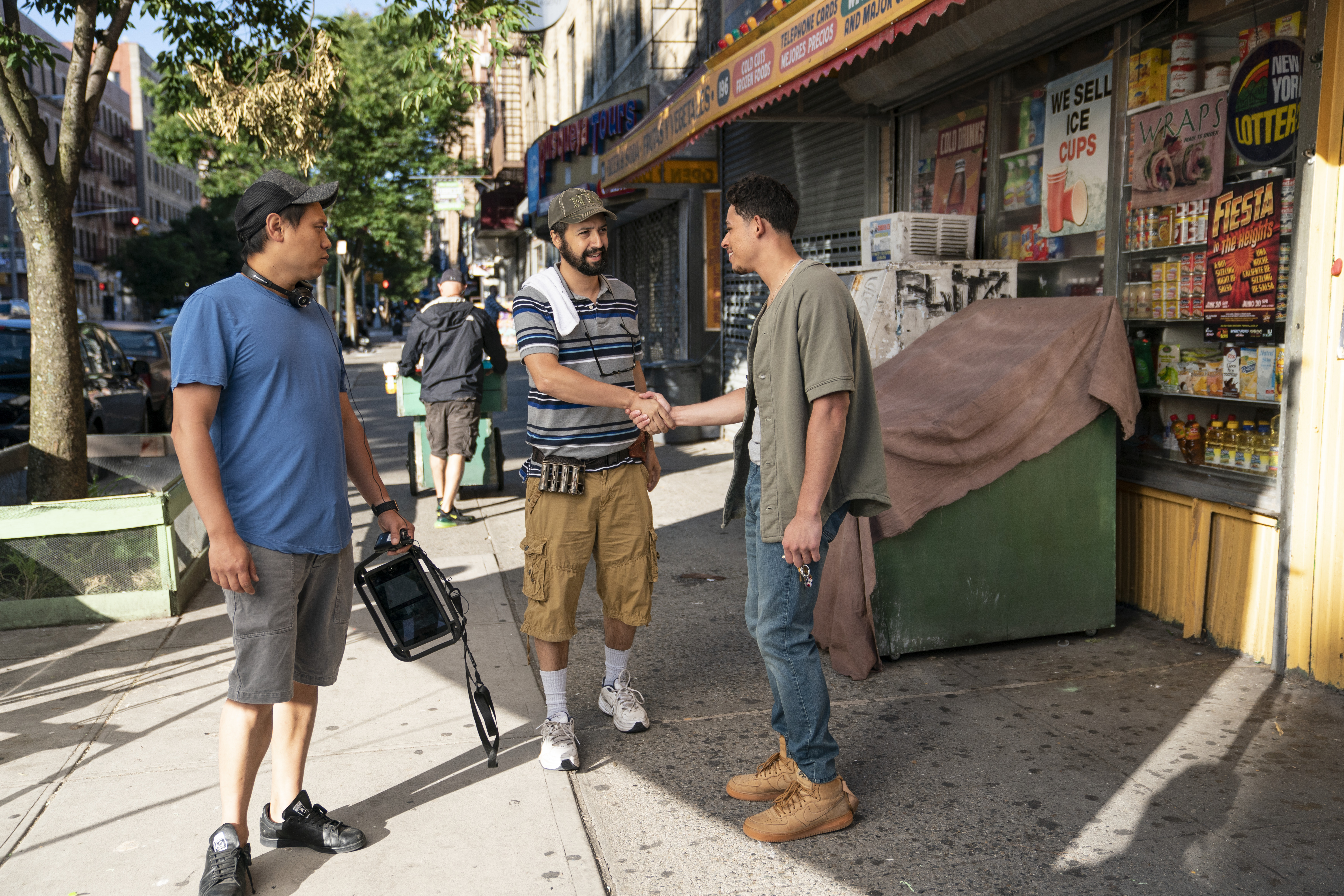 Lin-Manuel Miranda attended us a few days ago from upstate New York, where he was working on editing his next film, “Tick, tick… Boom!”.

Question: How do they know you now in the neighborhood?

Q .: The film was going to be released in the spring of 2020, but the pandemic arrived. How does it feel to release it now?

LMM: I was the one they had to convince the most. Warner had a package of movies and they had to decide what to do with them. About “In The Heights” they told us: “It is a film of which we are very proud. It’s a summer movie, but we don’t think theaters will be open for June. We want to pass it by June of next year ”. And I would say to them: “But it’s so good!” I was feeling super desperate. Like when I was in my twenties and wanted to premiere “In The Heights” at the theater for the first time and they told me I had to wait. But the one who convinced me was Jon M. Chu, because what he was able to do with “Crazy Rich Asians” was not only a super amazing and successful movie, but he created a group of Asian and Asian American stars. And now Henry Golding is in movies, and Gemma Chan is in Marvel movies. Jon told me that if we waited a year, we could do the same with this amazing group of Latino and Latina actors who are really movie stars. We wanted to give you the introduction you deserve. 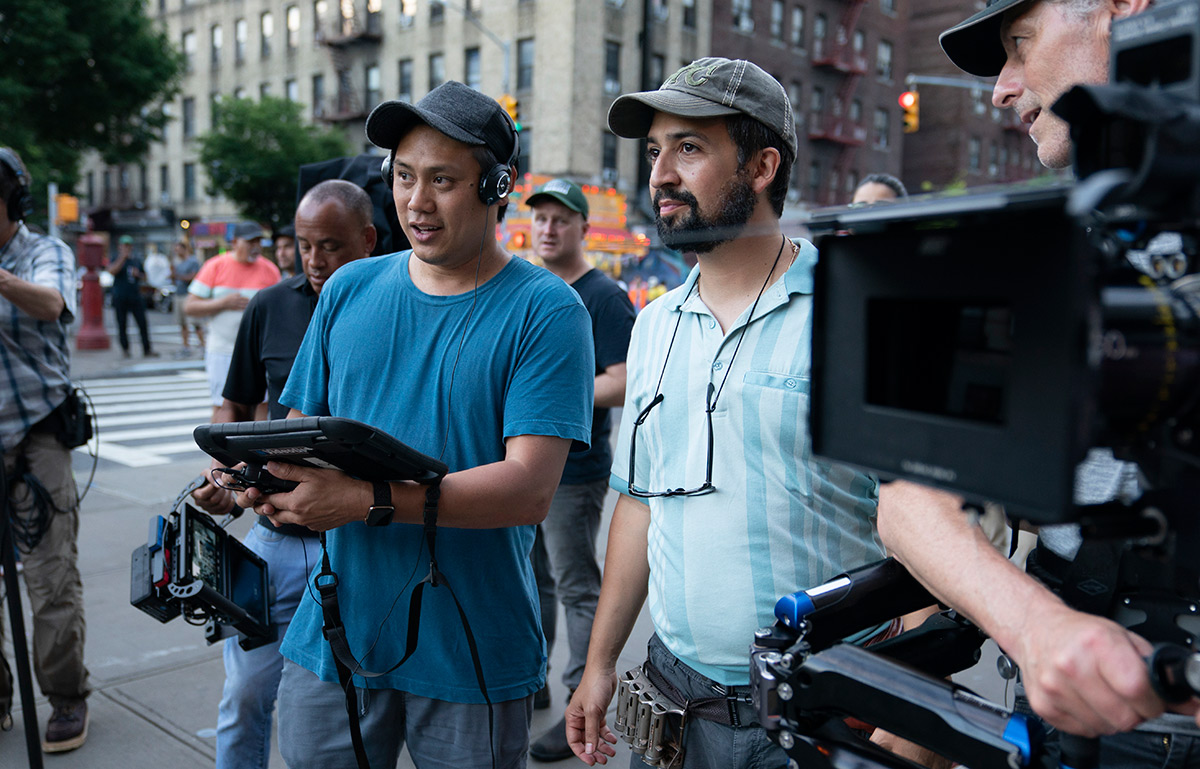 Jon M. Chu and Lin-Manuel Miranda during the filming of In the Heights. / Photo: Macall Polay, Warner Bros.

Q .: “In the Heights” was your first great work. I imagine you have a special affection for him. How does it feel to take her to the movies now?

LMM: My feeling towards the film is my feeling towards the neighborhood. I have lived with him for so many years that I see the layers within him. I started writing “In the Heights” when I was 19 years old. I have 41 years old! (Serie). I can see a sequence from the movie like “When You’re Home” and I remember when I was writing it, when my wife and I started dating and falling in love. She also grew up in Washington Heights. He took me to his favorite places; I took it to my favorite places… And Tommy Kail, my director, said to me: “Write the song, now write the Benny Miller song. You are falling in love!”. Jon also chose to film it in J. Hood Wright Park, which is a very central park in our lives. My children used to play in the park; my wife’s grandmother lived next to that park and you can see the building in the movie! This movie coming out in 2021 is also 20 or 30 years of my life story. It is very personal.

Q .: Was it difficult to adapt the play to the cinema?

LMM: When I was writing the play for the first time I was inspired by “Fiddler on the Roof” and “Cabaret”, because they are about communities that are changing. That’s what our neighborhood was experiencing, so I was inspired by those musicals. The movie “Cabaret” is the best adaptation of a theater musical, but it is also super different. There are characters in the play that don’t appear in the movie, but you don’t miss them when you see it. The movie is the movie! There were songs that we had to cut, but we also had the opportunity to do things in the cinema that we couldn’t do in the theater. When Jon first saw the Highbridge Pool on 175th Street he said, “If we put ‘96,000 ‘ [una de las canciones de la obra] here…”. A scene in a swimming pool could never have been done at the Richard Rogers Theater. Or have Benny and Nina dancing on the side of a building when the sun goes down… He was always looking for what we could do in the cinema that couldn’t be done in the theater; how to tell the story cinematically.

Q .: They filmed in Washington Heights and the community participated…

LMM: Yes, in 2019. We had to go with a lot of love. Because the movie is called “In The Heights.” She wanted the neighborhood to be proud of her! We wanted the extras to be local and at the casting I told them: we are going to ruin your parking for a month, I apologize in advance. But we come with love, we are neighbors and we want to immortalize these blocks, this energy and this culture. The whole neighborhood participated. We became part of the neighborhood and they welcomed us with open arms.

Q .: A version for streaming was made of “Hamilton”, but of the play. Will we see a movie version of “Hamilton”?

LMM: What we did with “Hamilton” I think was the best of both worlds. I literally spent 6 years writing that play and Tommy made a great movie out of it, exactly how I wrote it and intended for the theater. It’s funny that “In the Heights” and “Hamilton” were interchanged. “Hamilton” was supposed to come out in October this year and “Heights” last year. When “Heights” was delayed we said: we have Hamilton here, let’s at least launch this. I don’t know, I would need a director to really convince me why a movie version of “Hamilton” was going to be better than what I spent 6 years writing and I can already see as a film. Good luck to that director!