This summer, on June 2 specifically, it came out in the eShop Liberated, an interesting combination of visual novel and arcade platform action following the outlines of a comic, a bit in the style of the classic Comix Zone, literally jumping from one panel to another while we follow the plot, the character’s decisions and the change of zones of a level to another, the second work of the independent developer Atomic Wolf, after Mad Age & This Guy. After this time, a new release is expected in relation to this title, it is the Enhanced Edition of the first mentioned, which includes two new stories that had been presented before by dlc, the complete dubbing of the characters in English and various control improvements, based on the opinions received by those who tried it first, it is expected that be released, never better said, the next December 3 for $ 19.99, although those who bought the original game are entitled to this content update for free. But not only that, since in addition to that improved and expanded edition, the physical format is scheduled to come out later, although it still does not have a definitive date set, so we have to wait a little longer in that regard.

Immerse yourself in the adventure of this action-packed game that takes place within a playable hand-drawn comic. It reveals the alarming cyberpunk reality in which human rights begin to disappear …

Freedom is a matter of perspective
In this dystopia set in the not too distant future, society and its sinister habit of always being connected to the Internet make it easier for the government to start controlling it, using security as an excuse. In the middle of all this, a group of insurgents called “Liberated” is brewing.

Side scrolling action
An adventure packed with gunfights, stealth, puzzle and action in the style of platform games.

Order and revolution
A story about authoritarianism, about how democracy was born and little by little it consumes it. A group fighting for freedom stands up against the new order, but what will be the price for doing so? 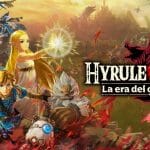 Multiple perspectives
A dramatic story told from unique points of view. Play as individual characters caught in a conflict of ideals. It is not a simple story of good versus evil, you must be aware of what each point of view suggests to find the truth.