So Lewis Hamilton is already seven times F1 world champion, a milestone achieved after his magnificent victory at the last Turkish Grand Prix. With this, he equals Michael Schumacher in titles, a driver whom the Englishman has surpassed in many other records. In fact, Hamilton is the holder of the best numbers in the history of Formula 1. Is he therefore the best driver of all time?

This is how we enter the debate, which, to be honest, is sterile. The answer, therefore, is that no, it is not, nor can it be, because comparing times is as difficult as comparing current technology with the past: twenty years ago, your home computer did not have the capacity that mobile phones have. you carry in your pocket, but back then, your computer was the ultimate in performance, capacity, and more. Was he the best? It was. Is it the best of all time?

Okay, the comparison is not exactly accurate. But perhaps the basic argument is understood: times change and there are things that are not comparable. However, we will try to find out if we really Lewis Hamilton he can be considered the best driver or if, on the contrary, his situation is supported by the performance of what has proven to be the most dominant team in the history of motorsport. 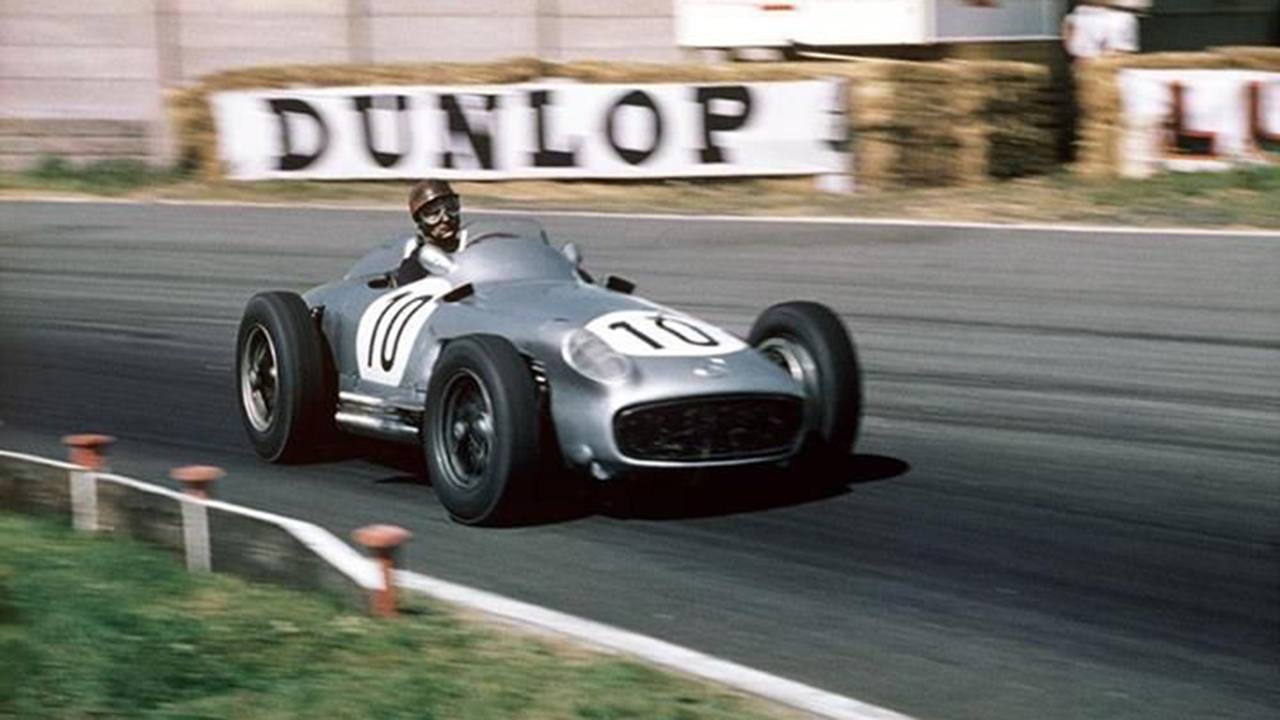 Let’s start from here. When Mercedes competed in 1954 and 1955 was also the protagonist of a domain of large dimensions in Formula 1. Let’s see:

As can be seen, especially in 1955 they were a power that swept the competition, and in 1954 it was no more because they were absent in two Grand Prix. 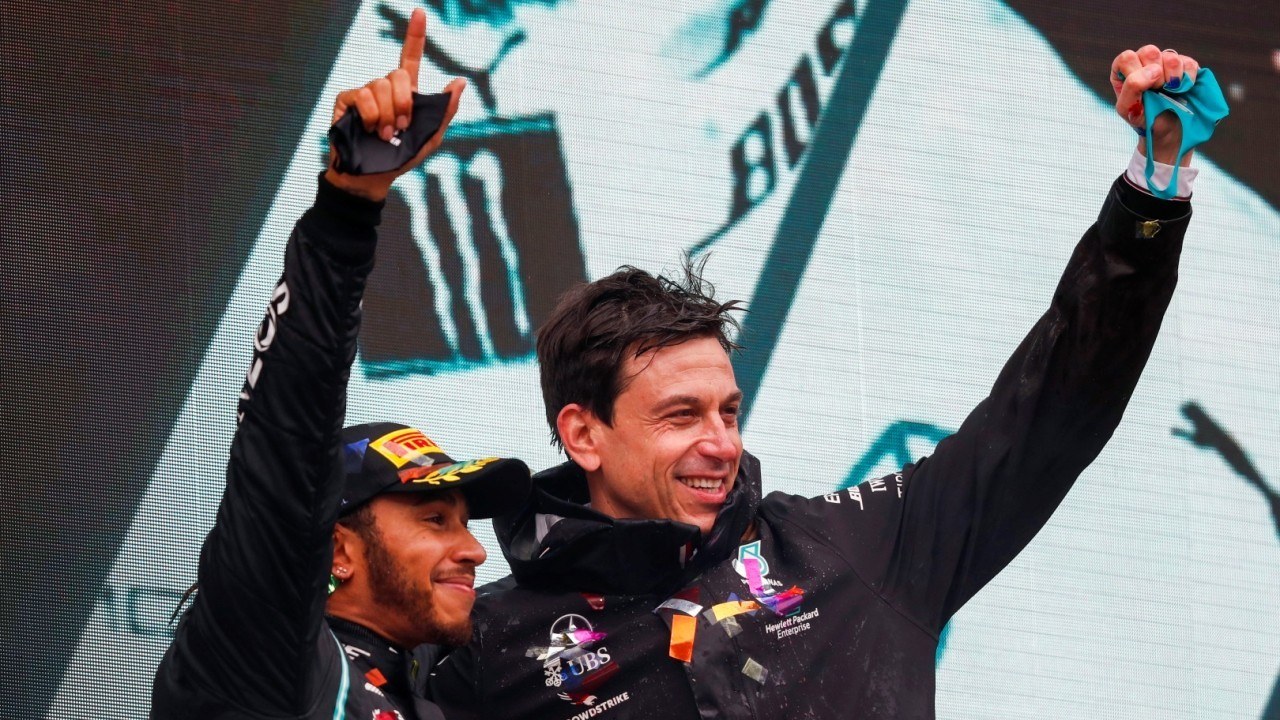 The seven years that go from the entry into force of the hybrid engine regulations in 2014 to this 2020 -including the Turkish GP-, is devastating on all fronts:

They are simply impressive figures, which have led them to win the 7 drivers ‘and constructors’ titles consecutively, and only in 2017 and 2018 – especially in this last year – did they have a drop in results due to the presence of a Ferrari with a performance at the height in certain phases of the season. Despite this, the figures for those two years are better than those of other dominant teams in history, so they remain magnificent. What is not normal is the global calculation, and especially this 2020. 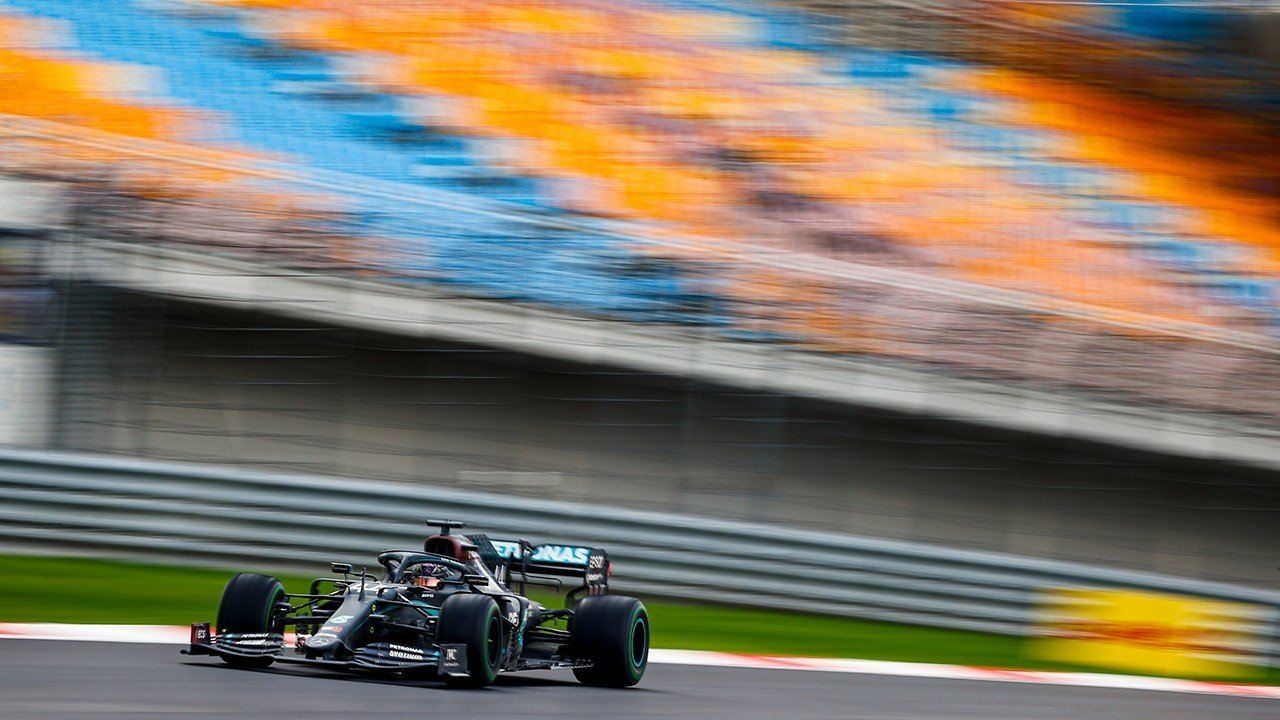 As well, up to and including 2013, Lewis Hamilton had contested 129 Grand Prix, getting:

Very respectable figures, no doubt, with a single world title in 2008. A time in which Hamilton lived some turbulent years, especially in the period 2009-2011, which even so did not prevent him from showing his natural talent on the track, but which left a certain bitter aftertaste – his repeated clashes with Felipe Massa are already legendary in 2011, mostly caused by the English -, and the reasonable fear that Lewis could become a talent burned and lost. 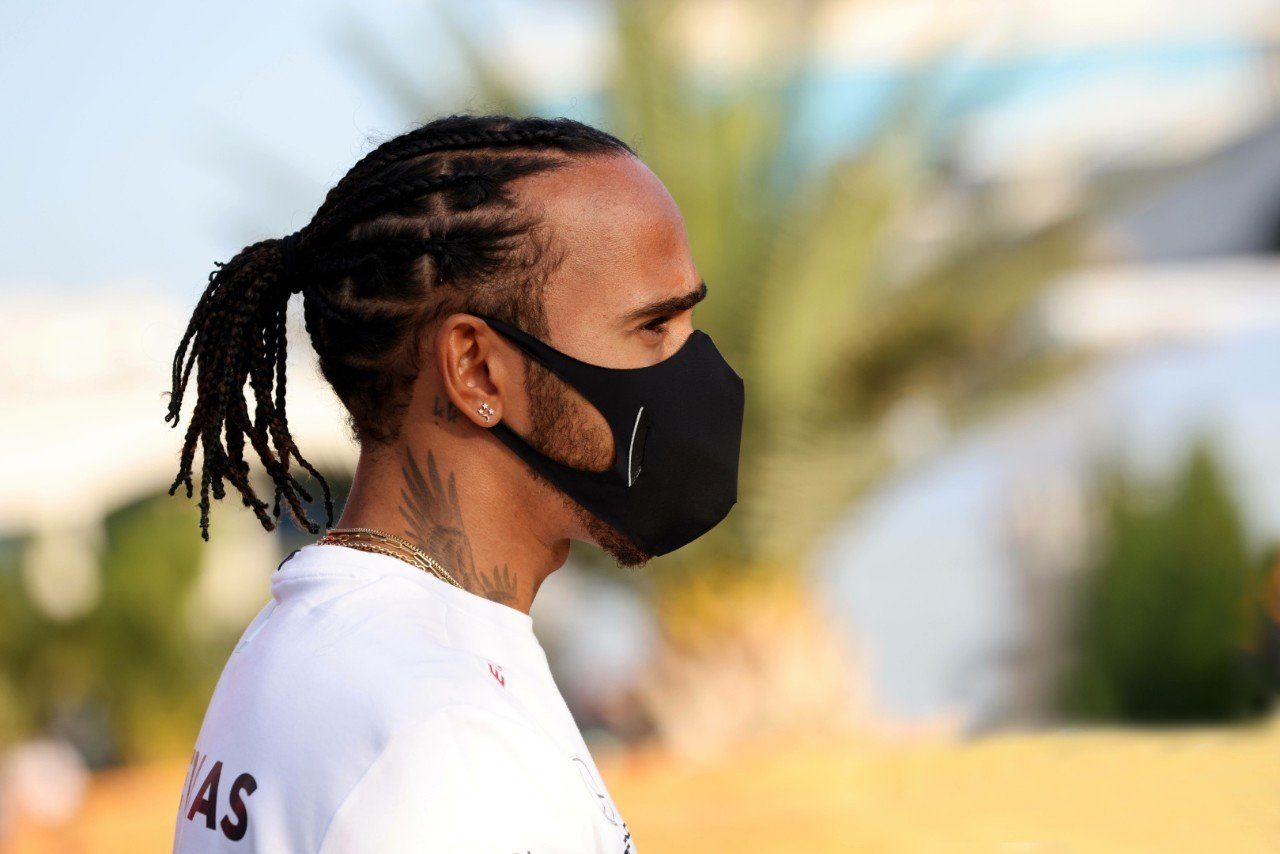 So he made a wise decision in 2012, which was to join Mercedes F1 for 2013. Since then, his only relatively bad season has been 2016, because he lost the world championship to his teammate, Nico Rosberg, in the last. race of the year, but he had more victories, more pole positions and more podiums than the world champion driver. Outside of that, the rise in the English driver’s statistics are being unstoppable. From 2014 to the 2020 Bahrain GP, ​​he has played 136 Grand Prix, which gives us a similar figure for the 2007-2013 period.. Well, in these 136 Grands Prix he has achieved:

That is, in the same period of 7 seasons, Lewis Hamilton’s figures have doubled and tripled, in a statistical rise that has led him to be the driver with the most victories, more pole position, more podiums, more points, and tied for 7 world championships with Michael Schumacher. Of course, that promotion has been deserved and won on the track: there is another driver next to him who has had the same car, and except for Nico Rosberg’s brilliant 2016, nobody has beaten him. But the flavor left by these seven years is one of uncertainty, and voices have been raised inside and outside the paddock that question the superiority of Hamilton: Max Verstappen, for example, considers that 90% of the grid would win with that Mercedes. Or let’s qualify, with all those Mercedes. 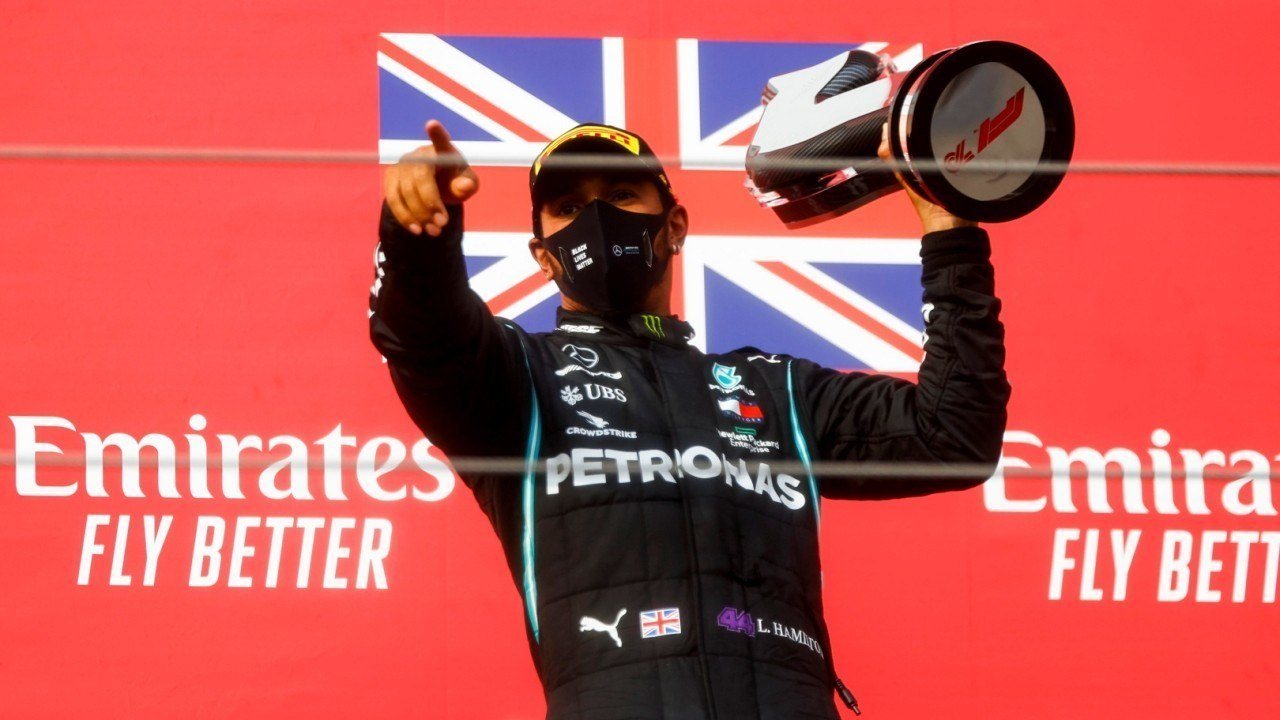 That brings us to eternal discussion of pilot and machine. There are those – certainly opportunistic and tendentious – who advocate a technological equality to emphasize the value of the driver, and decide with equal -or almost equal- cars who is really the best driver on the grid. But that means obviating, in the first place, that motor racing is about cars, and that, therefore, having a well-made, fast, reliable, effective machine has always been one of the fundamental factors in the equation. to achieve victory, with engineers and mechanics working to have a different car and better than the rest. In second place, indeed, is the driver, who is the one who must guide that car to the goal, but taking out its full potential, or getting close to it, in order to beat the rest. That quality cannot be easily dismissed, as if any driver were capable of pushing a car to its limit. That is not up to everyone.

To put it in perspective, Valtteri Bottas suffers in many races against cars underperforming Mercedes, something that for example did not happen in the case of Nico Rosberg, who was much closer to the level of Hamilton – and was runner-up in 2014 and 2015 -. The Finn, in four years with Mercedes, has achieved only one runner-up, in 2019, and this 2020 is on track to achieve it as well, but after being defeated in some phases of the year by Max Verstappen. In the most difficult 2017 and 2018, despite having the best car, he was not runner-up. And if we go to other times of dominance by teams, Mark Webber was not even capable of achieving a runner-up with those – it seemed – Red Bull superlatives with which Sebastian Vettel was four times world champion. For his part, Rubens Barrichello achieved only two runners-up out of five hypotheticals, in 2002 and 2004, the years in which the Ferraris of the Schumacher era were clearly dominant, but the rest of the years suffered – and in 2009, with that spectacular Brawn, did not achieve the runner-up either. And this only in very recent times. In other words, the fact that the car is clearly dominant does not mean that anyone would win the championship with it.

Thus, Is Lewis Hamilton the best driver ever? What we are experiencing is the most exceptional combination of pilot and machine of all time, surpassing any other era of dominance that has previously existed, and is likely to exist. And there is still 2021 before the regulatory change that – we will see – intends to strip Mercedes of her throne. But this conjunction of elements cannot serve to underestimate the human part of the equation. Perhaps some examples can put some perspective on this argument. 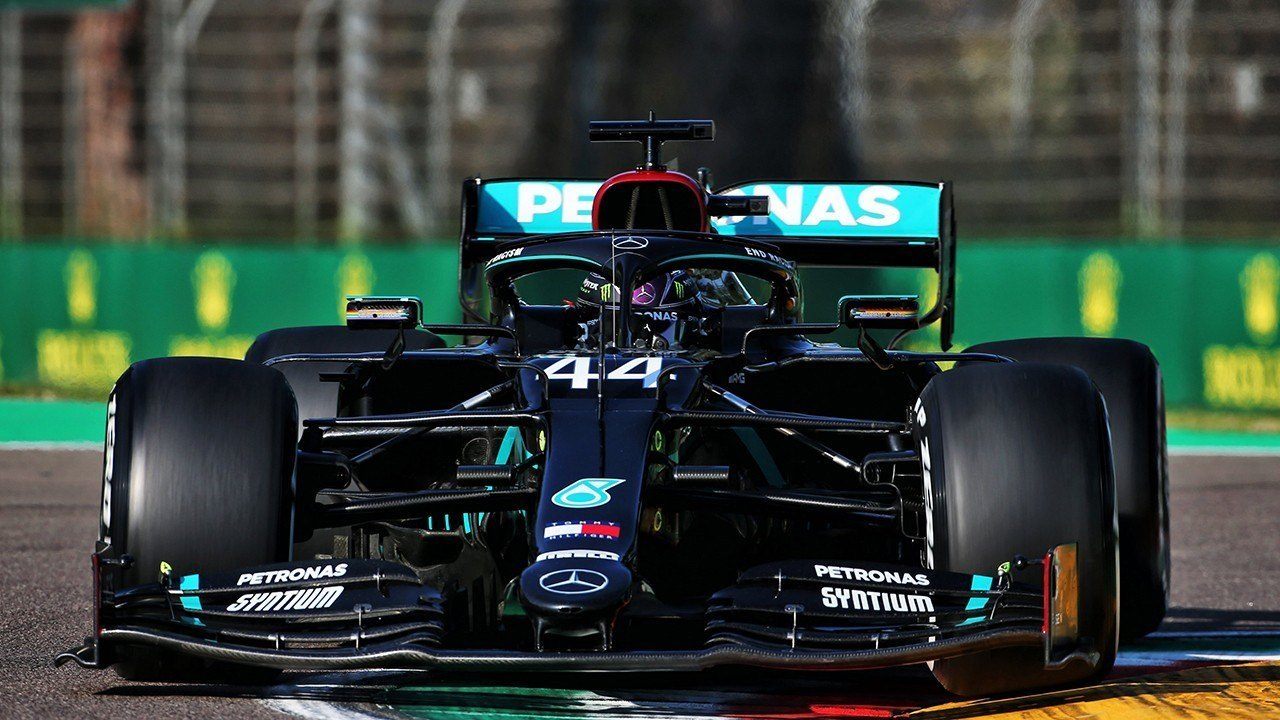 Is Lewis Hamilton the best driver in the history of Formula 1?

Alberto Ascari was the great pilot of the first four years of the world pilots’ championship, partly helped by the absence of Juan Manuel Fangio in 1952 and part of 1953. The Italian was very fast and safe, his ideal race was to escape in the lead from the start and leave everyone behind. In 1950 and 1951, with the Alfa Romeos dominating, he only achieved 2 victories, 2 poles and 6 podiums. With the regulatory change and the arrival of the Ferrari 500 F2, the Italian achieved his two drivers’ world championships – not F1, actually – in 1952 and 1953 in 17 races, with 11 victories, 11 poles, 10 fastest laps and 11 podiums. After leaving Ferrari for 1954, he only managed 1 pole and two fastest laps before his death in 1955.

Let’s move on to Jim Clark, who also won two world championships, in 1963 and 1965. He made his debut in 1960 with Lotus, but it was not until the arrival of the revolutionary Lotus 25 and its monocoque chassis in 1962 that Clark’s great talent emerged. In 1960 and 1961, no victory, no pole, 1 fastest lap and 3 podiums. In 1962 he fought for the world championship until the last race, achieving that year 3 victories, 6 pole positions, 5 fastest laps and 3 podiums. The statistics soared between 1963 and 1965 – losing the title in 1964 -: in 29 Grands Prix, he achieved 16 victories, 18 pole positions, 16 fastest laps and 18 podiums. And when in 1966, the Lotus faltered again with the change to the 3-liter engine regulation, it only achieved 1 victory, 2 poles and 2 podiums. When in 1967, the fantastic Lotus 49 came to dominate, Jim Clark once again proved that he was above all, and only his untimely death deprived him, for example, of the 1968 title that would be won by his teammate Graham Hill.

We could go on with Stewart, Lauda, ​​Prost, Senna, Schumacher, Alonso or Vettel. The trend is the same or very similar. And no one in their right mind would question the undoubted talent of these drivers, beyond dominant cars or not. No one doubts that these, and many others, have been great drivers in history. Some don’t even have a great track record. What do we do with Stirling Moss, or Chris Amon, or Ronnie Peterson or Gilles Villeneuve? And they will allow me not to go further back, to the Nuvolari, Caracciola, Rosemeyer or Varzi. Which of them all is the best driver of all time? I know. It is exhausting just starting to think about it. 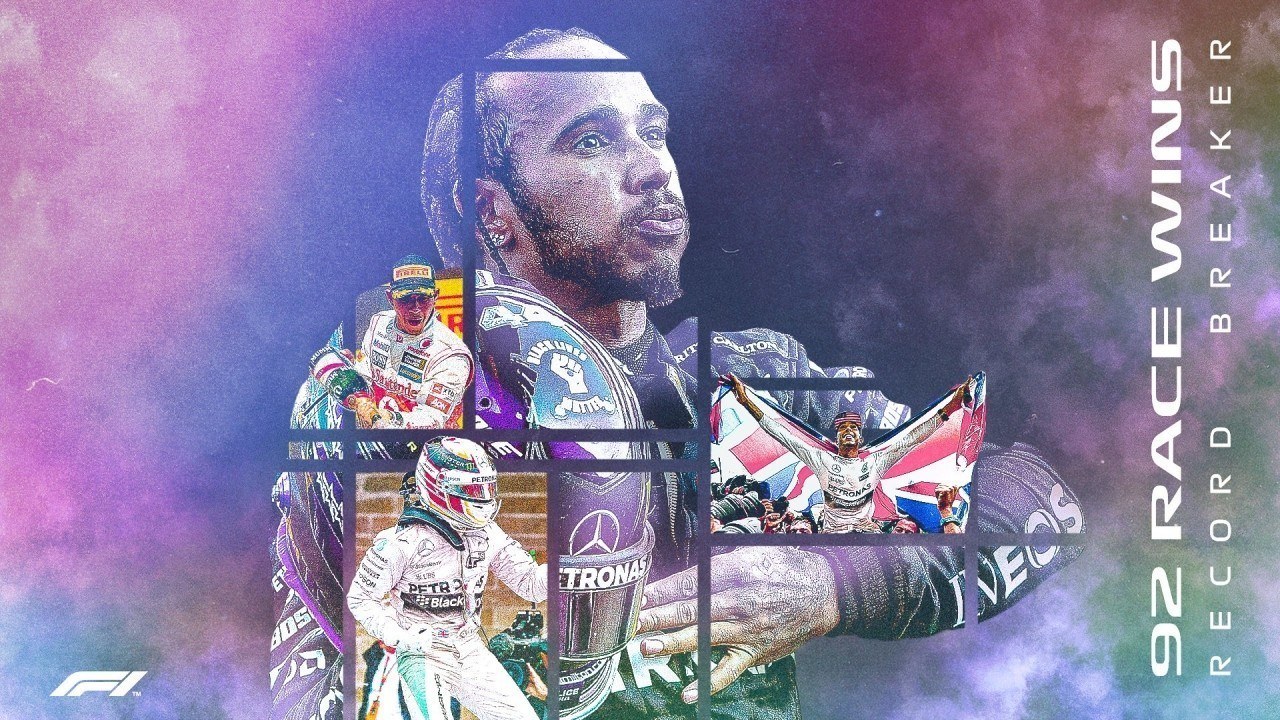 And yet there is a pilot who continues to shine above all of them, which they will surely have missed in these lines. Juan Manuel Fangio. The Argentine is possibly the greatest, because he won with four different brands, he was always smart to choose the team that had the best material – he rarely competed with cars that were not competitive – and in 51 World Cup Grand Prix, he achieved 24 victories (47’06%), 29 pole positions (56’86%), 23 fastest laps (45’10%) and 35 podiums (68’63%), during eight seasons, achieving 5 world champion titles (62 ‘ 5%) and two runners-up. Percentages impossible to match. And above all, achieved at a time when the risk of dying every time you hit the track was very high.

Let’s go back to the beginning of this article. Is Lewis Hamilton the best driver of all time? No. What if. It is not because it is impossible to know empirically. And yes it is because it has been combined, as did all the greats who have been in this sport, with a machine that treasures year after year the potential to grant – to those who know how to exploit it to the level that only great talents are capable of achieving. – the possibility of demonstrating their superiority. And only from that combination comes the excellence that Mercedes has displayed on circuits around the world over the last seven years, almost exclusively at the hands of Lewis Hamilton. Let us not underestimate the enormous difficulty of that.