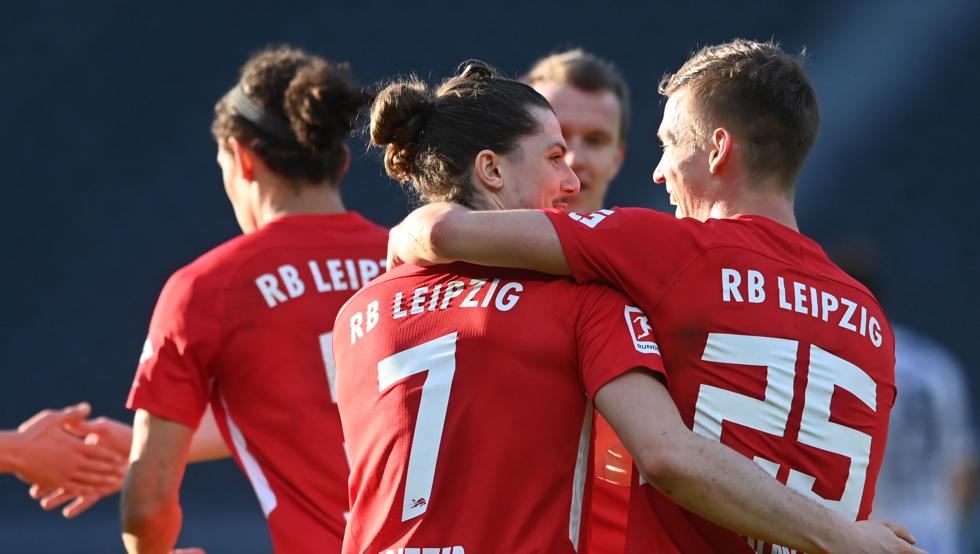 After the heavy blow for Leipzig in the 0-2 defeat against Liverpool in the first leg of the Champions League round of 16, on Tuesday in Budapest, Julian Nagelsmann’s team reacted by winning at Hertha Berlin (0-3), that allows him to be only 2 points behind the leader and champion, Bayern. There is Bundesliga.

Bayern does not usually give many opportunities to their rivals (not in vain have they won all the Bundesligas since the second and last of Borussia Dortmund then led by Jürgen Klopp, 2011-12) and, after the Munich lost on Saturday in the Eintracht Frankfurt (2-1), Leipzig did not waste theirs.

Thus, even more so after the defeat of Bayern, Leipzig urgently needed this victory and it was Marcel Sabitzer in minute 28, Nordi Mukiele in minute 71 and Willi Orban in 84 minute who decided the match. Dani Olmo assisted Sabitzer in the first goal and Tyler Adams assisted Mukiele in the second. Sabitzer himself, in the third to Orban.

The truth is that, despite the forcefulness of the final result, the first half was even and Hertha put excitement to the game in the final stretch because they had several occasions to get back into the match. But the Berliners could not take advantage of them and instead it was Leipzig who rounded the 0-3 thanks to Orban’s goal.

Hertha, fourth from the tail, with the same points as Arminia Bielefeld (who occupies the promotion place), could not with a Leipzig who knew how much was being played and who has not missed the Bayern slump after proclaiming themselves champion of the club world: Hansi Flick’s men drew last Monday in Munich against Arminia Bielefeld and lost on Saturday against Eintracht Frankfurt. Overall, Leipzig 2 points from the top.