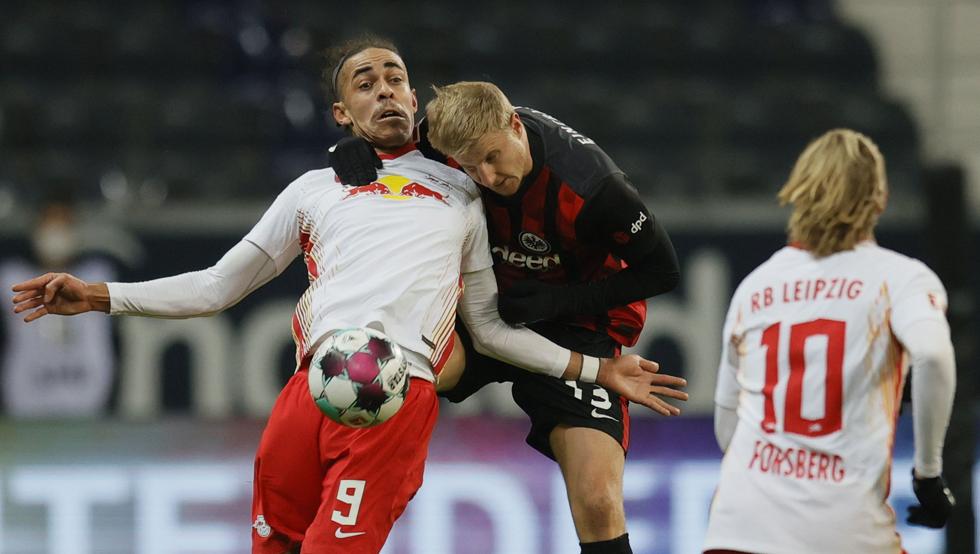 Leipzig missed a good chance to hunt down Bayern Munich in the Bundesliga leadership, which had not been able to beat Werder Bremen (1-1) at home, as they did not get past the draw in Frankfurt against Eintracht (1- 1).

Julian Nagelsman’s side, who visit PSG in the Champions League on Tuesday, only left the Deutsche Bank Park stadium with one point and are still two behind first place.

Eintracht go ahead but continue their bad streak

Leipzig stumbled against an opponent anchored in a pothole. Eintracht has already accumulated five games without winning and each day they distance themselves more from the European positions.

Eintracht was not able to find the victory again against Leipzig despite being ahead on the scoreboard just before half-time, when a long free kick taken by Frenchman Obite Evan N’Dicka brought the ball to the feet of Moroccan Aymen Barkok before the passivity of the visiting defense. He did not fail and beat the Hungarian Peter Gulacsi.

Nagelsman’s side, who at halftime withdrew Spanish Dani Olmo for Swedish Emil Forsberg and Alexander Sorloth to enter Danish Yussuf Poulsen, did not equalize until game time. It was precisely Poulsen who got ahead of his marker and beat Kevin Trapp after a measured center from Spanish Angeliño.

Anyone could win afterwards but none were right. The tie is insufficient for both. For Eintracht, which continues without ending its winless streak, and for Leipzig, who missed a favorable day.