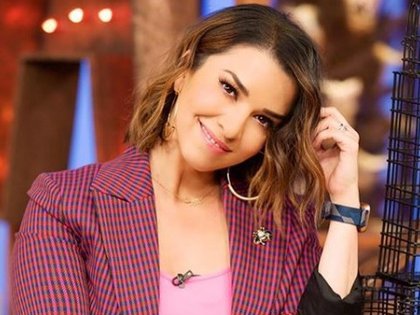 Laura G said that she sees everything that happened to her as learning (IG: lauragii)

This Tuesday, the host of Come Joy, Laura G revealed that she tested positive for Covid-19.

In a direct link with his colleagues on the program, he said that at first he thought it was an allergy, but finally the test results confirmed that he had coronavirus. Hours after the broadcast of TV Azteca, Laura made a live broadcast on Instagram to explain to his nearly three million followers how he is doing and expand on the details.

“As you know, since this pandemic began, I have been a very active woman, very exposed to the virus, obviously from my work. On Saturday the truth is that there are personal things that I never share, but I had to move house and having so much dust I thought it was an allergy, that simple. I had only a runny nose, not the flu, like an allergy, and my body hurtObviously because I was carrying boxes up and down ”, he said in the first minutes of the broadcast.

Sunday morning he went to work. TOSeeing that the alleged allergy persisted, he decided to take the Covid-19 test “Responsibly” and without anyone asking, in order to rule out this possibility and avoid any risk. In the afternoon of the same day, he took an antihistamine and the discomfort disappeared.

“I was feeling happy about life and I said ‘No, it’s definitely not Covid.’ My parents were here with me“, said the Mexican presenter.

On Monday, however, they gave him the results of the PCR test, and they were positive. At that moment, she felt surprised because she did not have any symptoms, and she had even confirmed to the producer of Come on the joy that she would go to the forum on Tuesday. 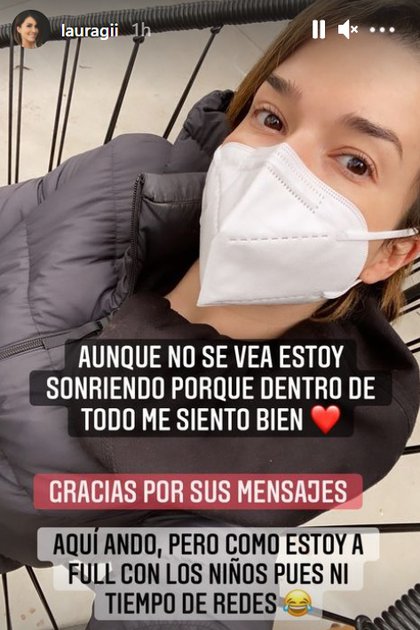 Laura thanked her followers for messages of encouragement, after making it known that she had Covid-19 (Photo: Instagram @lauragii)

Now she will have to stay home for at least two weeks, and face a battle that for her will be “more mental than physical”, since she considers herself a very active person. Speaking of his isolation, his followers asked him why she continues to live with her husband, Nazareno Pérez, and her children, despite having Covid-19.

“I am isolated. We are my husband the children and I. Everyone carries out this process in a different way, I am paying attention to my doctors, because I am isolated from the world, not from my family, the four of us are together. I try to wear mask obviously when I am with my children, but hey, I have to assume that they are also positive, that we are all positive. Nazareno came out negative, so I also believe that my children are like this ”.

“The four of us are going to live together for 15 days. It is impossible to separate from my family and be in an isolated room watching television series as one can imagine because: one, my house does not give me to be isolated in a room; two, I do not have cleaning staff, someone to take care of my children, my husband and I take care of them. So, there is no way that the children eat themselves, they are very young and well that’s the situation, “he explained.

In addition, the presenter revealed that her parents were with her on the weekend, during the move. Although his father had already had coronavirus, his mother has not yet passed the disease. Despite this, she feels calm and knows that she will have nothing because “she is a warrior.”

Being asymptomatic, Laura feels fine and will continue working from home, making links for “Come joy” and connections for the radio program.

“My battle is going to be more mental”: Laura G revealed in “Come the joy” that she has COVID-19

On a stretcher and unable to speak: that’s how Eugenio Derbez found out that he won his first Emmy in Spanish

“He lived in fear”: Kate del Castillo revealed that Luis García asked her forgiveness on his knees and cried until he was tired