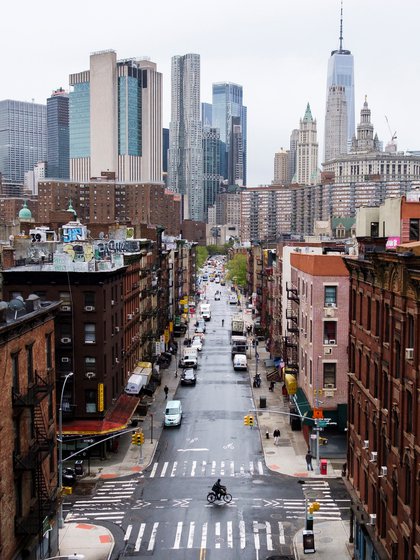 New York, Nov 24 . .- The Latin American community continues to be the hardest hit by the New York economic crisis, with an unemployment rate of 19% registered in the third quarter of the year, according to a report published by the center “Fiscal Policy Institute” of New York.
According to this institute, the general unemployment rate in this northeastern United States state stands at 12%, but it shows that the most unprotected communities are being the most affected.
Thus, after Latinos, the Asian community and other minorities registered an unemployment rate between July and September of 16%, followed by African Americans, 13%, and the white community, 10%.
Likewise, the study reflects that, in general, the immigrant community, with 15% unemployment, is suffering more from the crisis compared to people born in the country, who registered 13% unemployment between July and September.
“Overall unemployment rates are dramatic and all groups are deeply affected by the COVID-19 recession. But immigrants and people of color are much more affected by unemployment,” the report said.
It also highlights that “undocumented immigrants may be the most affected, at the same time they are left out of aid, such as the unemployment insurance system, which can help workers in difficult times.
Although it emphasizes that there is no data to measure how the crisis has affected immigrants who are not regularized in the country, the institute assures that sectors that traditionally employ a large amount of undocumented labor, such as catering and of the hospitality industry, are among the hardest hit by the recession.
The center also highlights that the situation has improved substantially since July, when the unemployment rate reached a maximum of 16%, although it warns that the figures continue to be very high when compared to the 4% registered unemployment before the emergence of the pandemic.
In total, the report includes that compared to the third quarter of 2019, 1,222,000 jobs have been lost in New York state.
The sectors most affected are the arts and free time, which 46% of its workers (a total of 82,000) have lost, followed by the restaurant sector, which has left 40% of its employees behind. that is to say, around 313,000 workers.