The mole at Las Santas, a new Mexican gastro-bar located in Downtown Brooklyn, is not Oaxacan or Poblano, but rather a creation of Chef Adrián Ramírez, or rather his mother.

“It’s a recipe from my mother, she has her secret,” he says proudly about one of the most popular dishes of the place. “We do it in such a delicate way that any palate can like it. We serve it in chicken enchiladas with fresh cheese, avocado and cream and we accompany it with rice and beans ”.

Las Santas, located on Fulton Street, brought to the neighborhood a proposal based on the cuisine of Mexico City. An unpretentious menu served in a very large place with a pleasant decoration, where giant cacti and other plants stand out mixed with geometric ornaments that give the place a modern touch, ideal both to enjoy a brunch with friends or a romantic dinner.

The menu is the creation of Chef Ramírez, who has extensive experience in multiple restaurants in the city, the product of having studied at the Culinary Institute of Education (ICE) and having worked for some of the best chefs in New York City, such as Mark Murphy in Landmark, Pierre Schaedelin in Le Cirque and Paul Liebrandt in One. 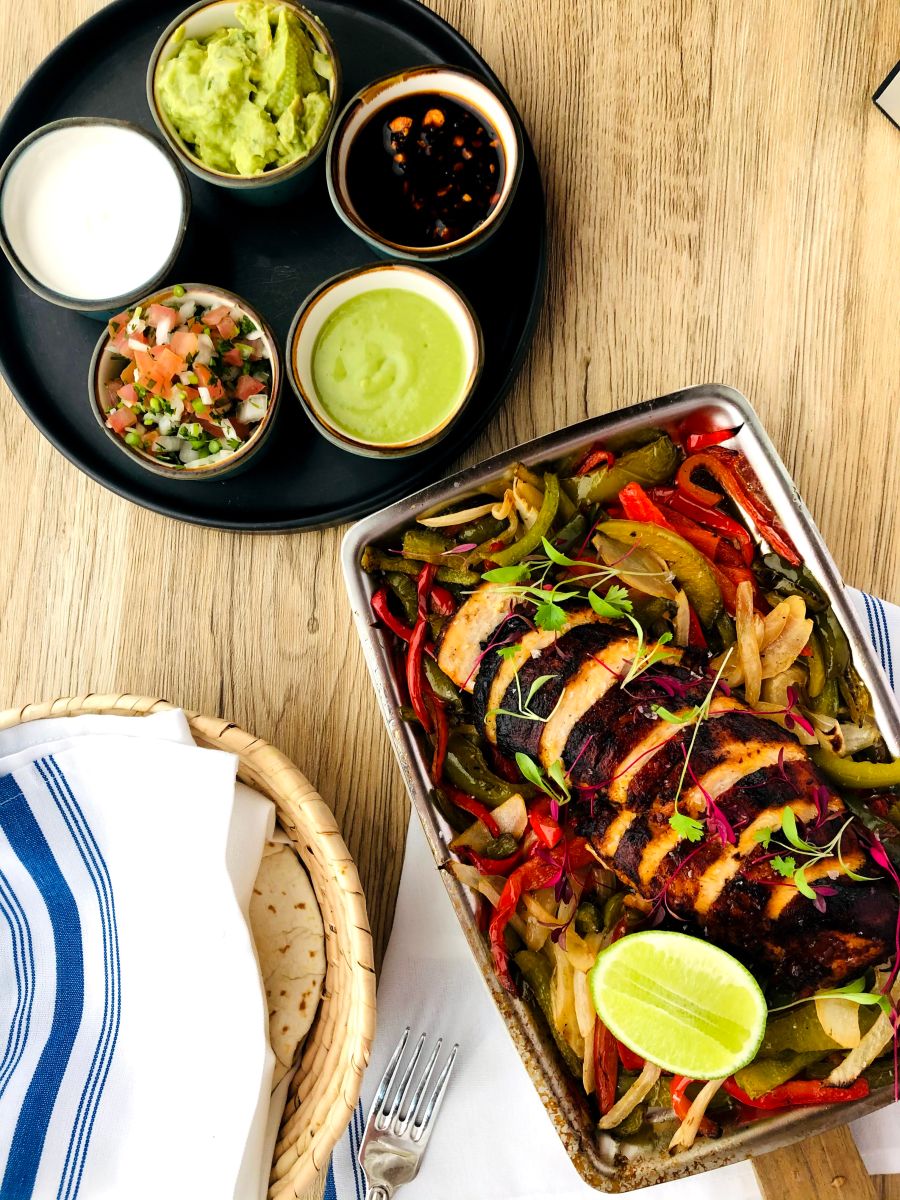 The restaurant specializes in food from Mexico City. / Courtesy

On this occasion, the Mexican chef did not want to stray too far from his roots and decided to create an “honest meal”, which he assures people have liked very much.

“What I put on the menu are the things I ate with my mother: the esquites, the enfrijoladas, the mole, but in a homemade way. We wanted to focus on this type of food and the concept has worked very well, ”he says.

In addition to the mole, Ramírez highlights the al pastor shrimp tacos that he prepares with the same ingredients as the traditional pastor pork, such as achiote and red chili peppers, to which he added smoked bacon sweetened with brown sugar. There are also chicken pibil, carnitas, Baja-style fish, chorizo, and mushroom tacos for vegetarians.

The menu is full of other classic Mexican recipes, such as quesadillas, enchiladas, burritos and of course, guacamole, with a classic and a summer version, which has pomegranate and pineapple (see recipe).

Ramírez’s creativity is reflected in the desserts, one of his specialties. The churros are made at home and filled with cajeta or dulce de leche, and one of them is wrapped in cinnamon and sugar, which is traditional, and the other in corn ashes.

“We burn the corn husk, we pulverize it and with that we sprinkle the churro, which when it reaches the table is black. We serve them with a Oaxaca chocolate sauce, ”he explains and adds that he is working on other desserts, one of them is a kind of chocolate and raspberry mousse that gives the perfect shape of a corn cob. 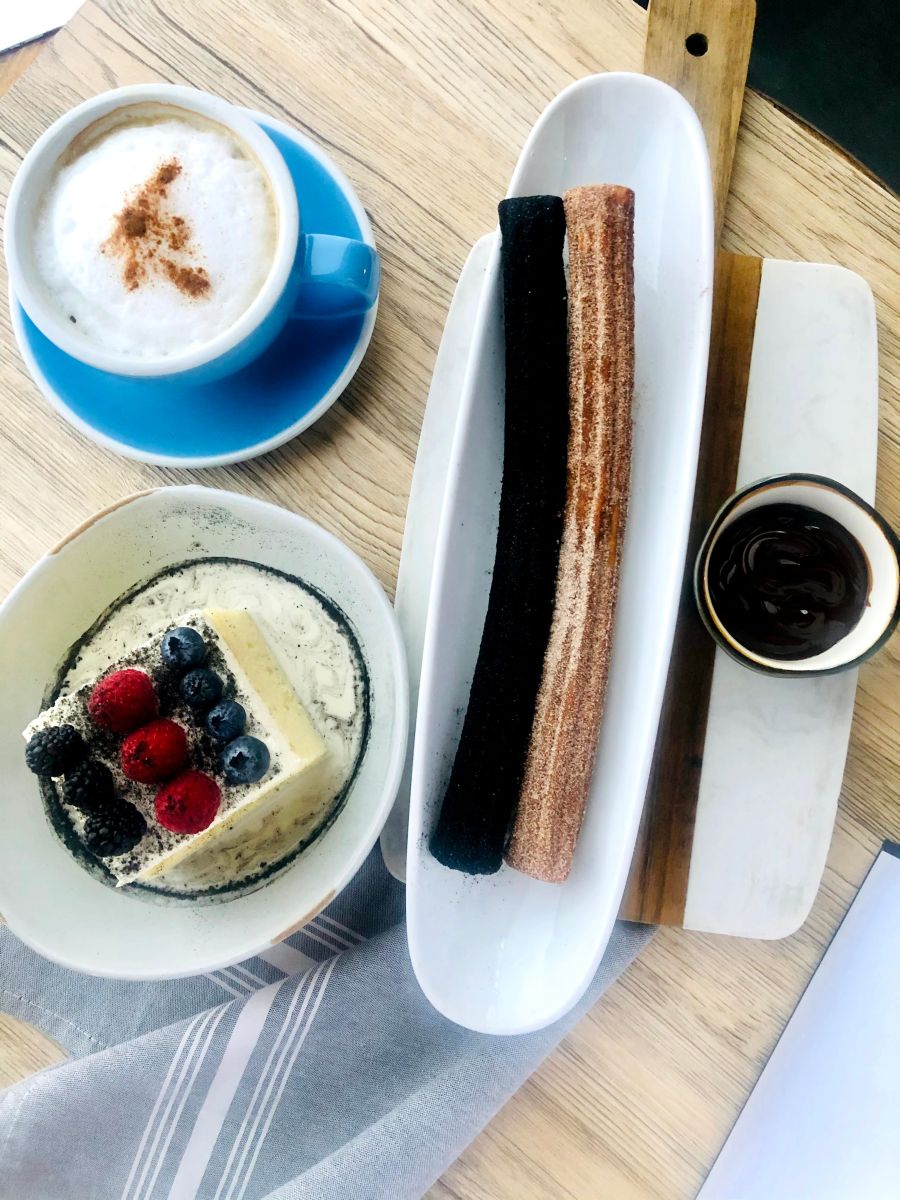 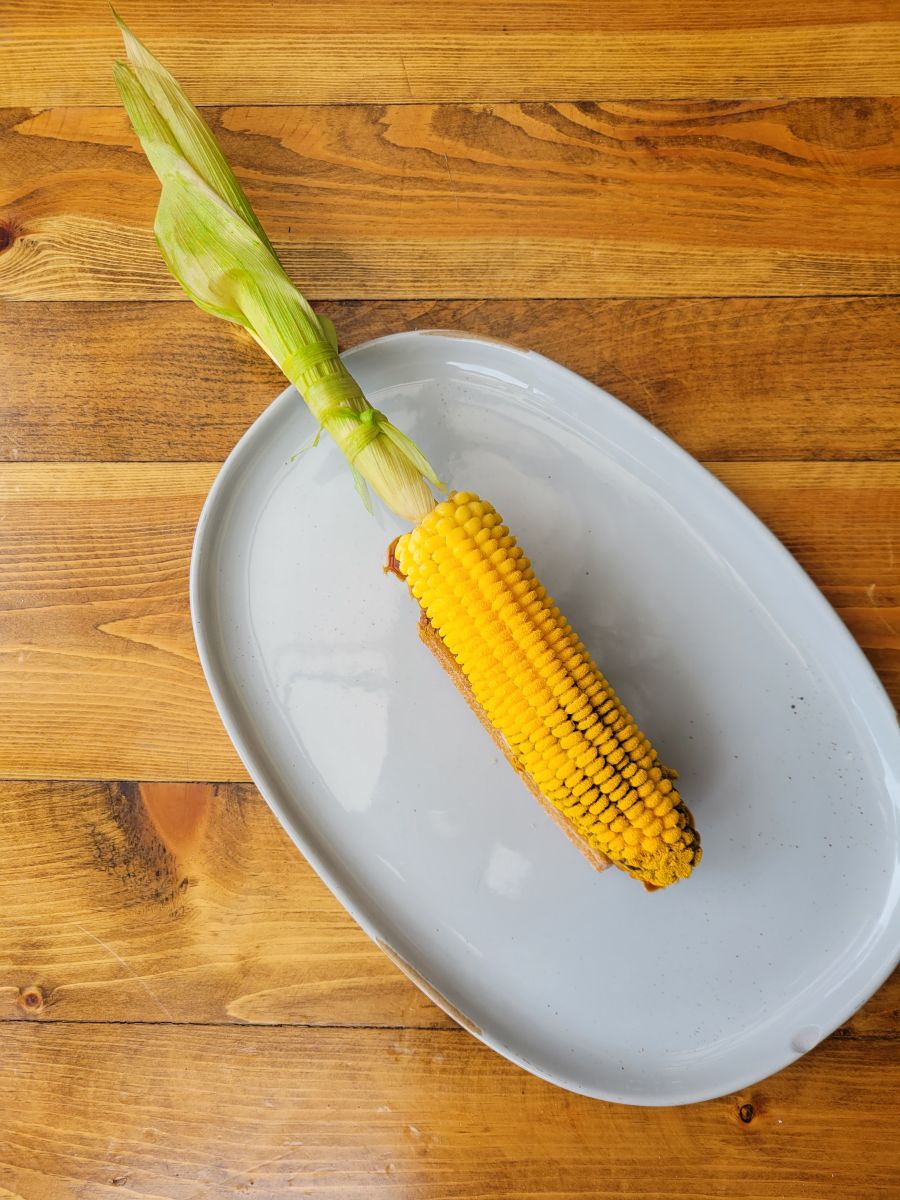 Chef Ramírez puts his creativity to the test in desserts such as churro con cenizas and this chocolate replica of a corn.

The relaxed atmosphere of the place, which like so many others suffered the consequences of the pandemic when it had to close its doors in March 2020, just two months after opening, also offers several cocktails based on mezcal and tequila, a variety of beers and some wines. To liven up the food, on Fridays, Saturdays and Sundays they have a live DJ. 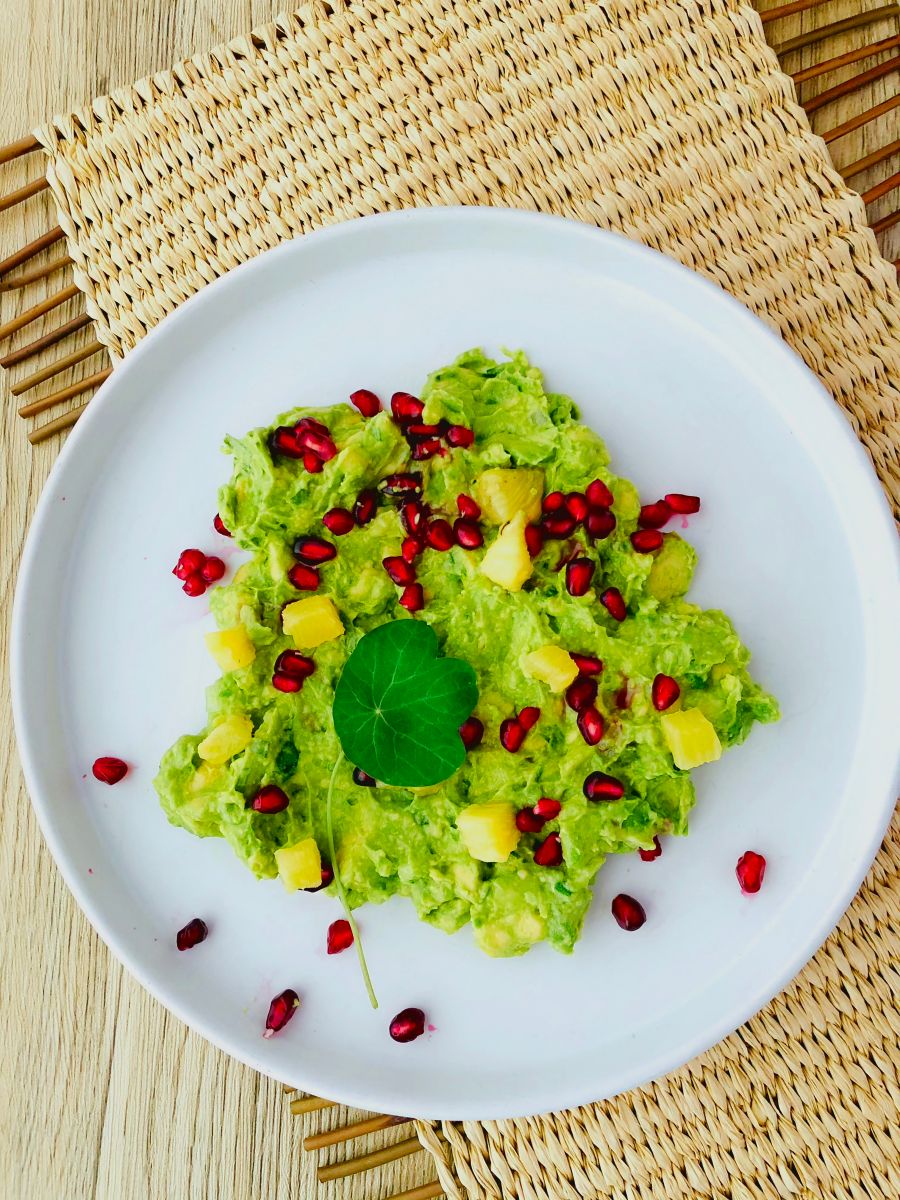 Place the guacamole on a plate and garnish with the pomegranate seeds and pineapple.

Enjoy it with chips or corn chips