Lamborghini’s P132 project gave rise to one of the most well-known anecdotes of the Sant’Agata Bolognese brand, although curiously not many know the appearance or prototypes of the original Lamborghini Diablo design, Marcelo Gandini’s proposal that was rejected by Chrysler and that later served to create the radical Cizeta V16T.

When Chrysler decided to acquire Lamborghini in the 1980s, development of the Lamborghini Diablo was already underway but the look of the 12-cylinder sports car did not please the new American owners. This was the work of Marcelo Gandini, the same designer who had signed the lines of its predecessors, the Lamborghini Miura and Lamborghini Countach. Reason why he had been invited by the Italian company to create the new model.

Chrysler officials decided soften the radical and angular shapes of Gandini’s original proposal, a task that fell first on the Italian company and later on the designers of the American corporation. The result of the successive modifications was a model that, although it was based on the basic appearance and proportions of the initial Italian design, had very different features, with much smoother lines and edges and without the abrupt shapes of the first alternative, such as the huge air intakes or the spoiler integrated in the central area of ​​the rear hood. 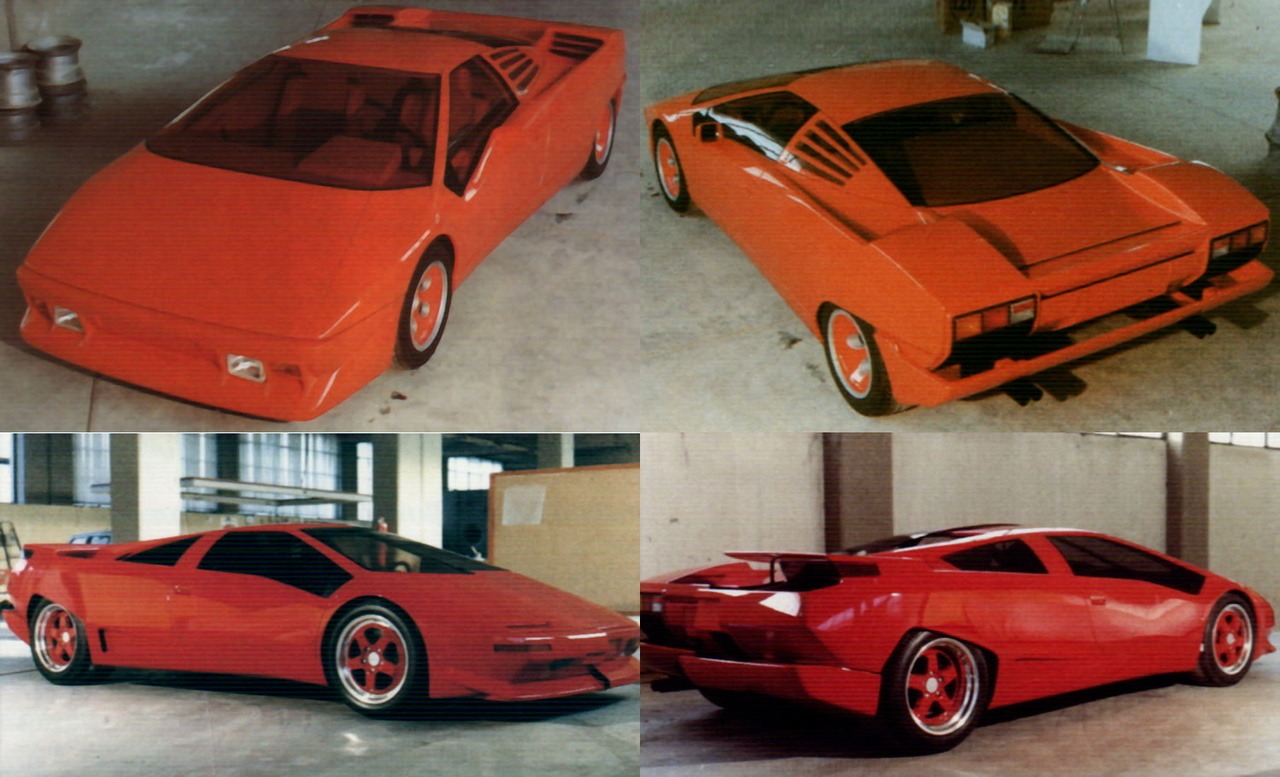 Scale models of the first proposals.

The end result was not to the liking of the Italian designer, who took his original proposal and offered it to businessman Claudio Zampolli, with whom he teamed up to develop the spectacular Cizeta V16T. A limited edition model that, curiously, was unveiled in prototype form even before the Lamborghini Diablo was officially unveiled. Although its final version took several years to hit the streets, a year after the start of production of the Diablo.

This anecdote has been in the public domain for decades, anyone who knows the Cizeta V16T has ever heard or read it. We ourselves, just a few days ago, mentioned it when we showed you the spectacular copy of the Cizeta that had appeared for sale brand new in the United States. But what not everyone knows about is the original Gandini design that spawned this story, before Chrysler designers turned the model into the Lamborghini Diablo we all know today.

Although it is simply known as Diablo, a name taken from a famous and fierce fighting bull from the 19th century belonging to the Count of Veragua, the truth is that this model was created under the project code P132. Its development began in 1985 and when Chrysler took over Lamborghini in 1987 there was still a lot of development work ahead, mostly due to the dire financial condition of the company, but Gandini’s design had already been established. 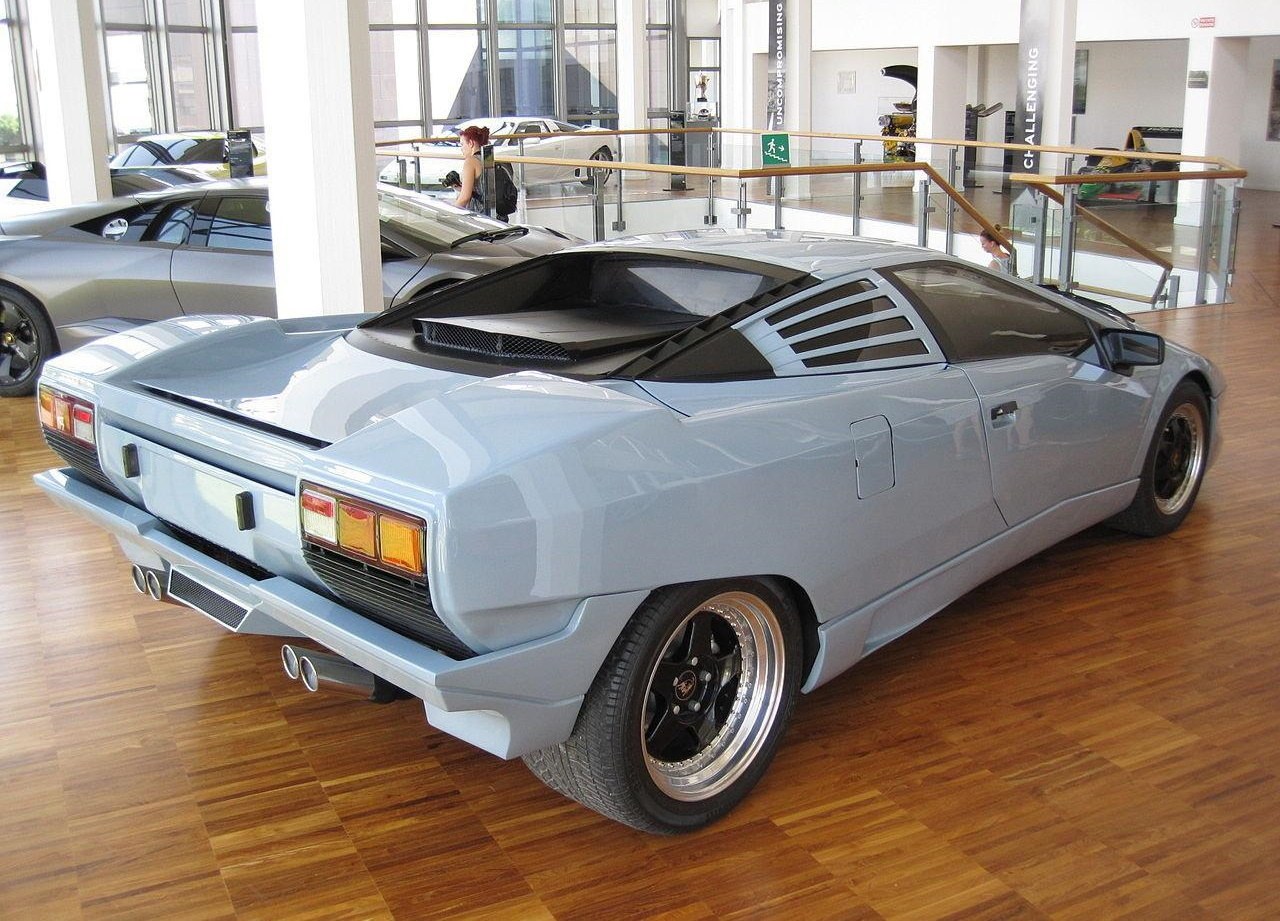 One of the first prototypes, exhibited in the museum of the brand.

This design was basically the same one that was later implemented in the Cizeta V16T, but with some notable differences, as we can see in the images that illustrate this article and in which several scale models and prototypes appear both of the original design and of the successive modifications that Chrysler requested at the end of the eighties. The Italian house kept these designs and prototypes hidden and it was not until a few years ago that they were unveiled and exposed to the public for the first time. One of the prototypes is even regular protagonist of the brand museum in Sant’Agata Bolognese. So the only quality images we have today belong precisely to this specimen. The rest are vintage images, small and somewhat blurry, of which there are not too many available on the net.

In the few images that have emerged, we find several scale models and some prototypes of the P132 project, which, as we can see, largely have the basic shapes and proportions that were later implemented in the Cizeta sports car. Although we also find different original Gandini design alternatives, with different readings for the rear area of ​​the passenger compartment and the air intakes. Since in some images we can see the air inlets on the rear itself and even the huge air inlets with side louvers in one of the final development prototypes, which still had elements of the original design.

Not much data is known about the development of this project, but it has transpired that Chrysler commissioned two major modifications to the model. In the first instance, it was Lamborghini itself who was in charge of retouching Gandini’s original design, which gave rise to the prototypes and mules that still had much of the initial features, and finally to the designers of Chrysler itself, who they ended up giving the final shape of the model, completely eliminating the abrupt angles that drew the body or the most dramatic features, such as the marked front lower lip or the huge side air intakes. 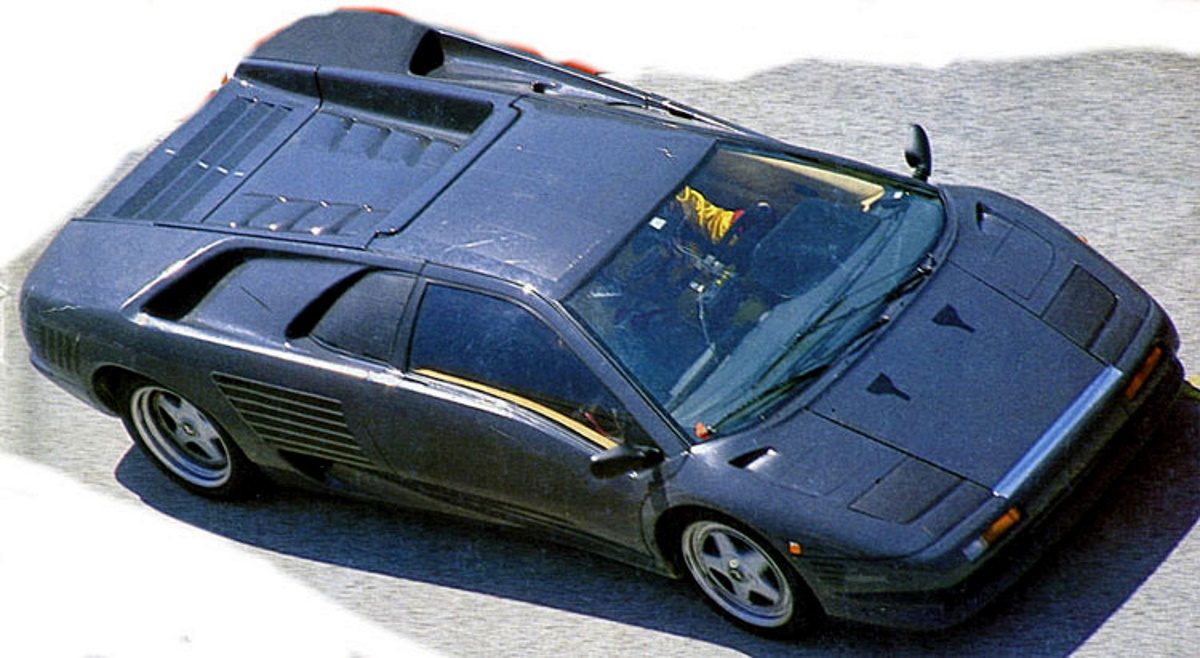 One of the final prototypes with the side entrances, probably as camouflage.

If we look at the images in the upper gallery we can clearly distinguish between the scale models and initial prototypes, and those referring to the various redesigns commissioned by Chrysler, including a test unit that already had most of the final body panels but a few remaining features of Gandini’s design.

We can also find an image of a red scale model that is practically identical to the Cizeta V16T, which highlights that Gandini actually used the design he proposed to Lamborghini in the 16-cylinder sports car. Curiously, the latter mounted a mechanic of Lamborghini origin, because although the small company never confirmed it, the V16 was really an engine created from two 3.0-liter V8s from the Lamborghini Urraco P300. Although this engine was mounted transversely instead of the longitudinal arrangement with which the P132 project was originally developed.