The CEO of Lamborghini, Stephan Winkelmann, just presented today a strategic plan called “Direzione Cor Tauri”, referring to the constellation of Taurus, with obvious links with the history of the brand. This roadmap marks the beginning of the decarbonisation of Lamborghini, whose fleet emissions they want to halve by 2025. Reducing its carbon footprint necessarily involves hybridization of all your vehicles, but it also goes through the launch of a 100% electric vehicle. Yes, as you hear it.

Hybridization will be the support in which the brand bases its emissions reduction strategy, in which they will invest a whopping more than 1,500 million euros in the coming years – until 2024. Hybridization is not a novelty at Lamborghini: the spectacular Sián already has a powerful light hybridization system, geared towards high performance. However, it seems easy to think that the bulk of the emission reduction will go through the launch of a plug-in version of the Lamborghini Urus, which accounts for half of the company’s sales.

By 2024, the entire Lamborghini range will be electrified.

The future of Lamborghini is the Sián, a beastly hybrid supercar with 819 hp and a lot of attitude (+19 photos)

The future of Lamborghini is before your eyes. This attractive and aggressive supercar is the … 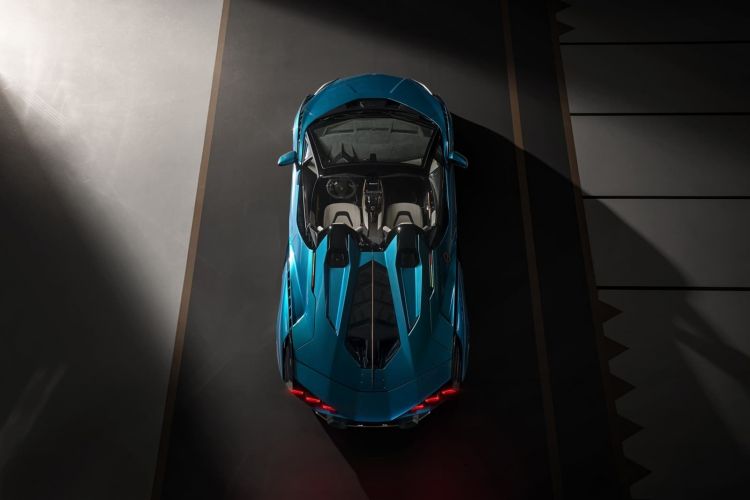 No one has confirmed the arrival of a plug-in Lamborghini Urus, but with the technology in the Volkswagen Group and with a 680 hp Porsche Cayenne Turbo S e-Hybrid, it seems the most logical and predictable step. Until 2025 there will be a transition phase between the 100% thermal present and a low-emission future, with the launch of its first high-production hybrid – a replacement for the veteran Lamborghini Huracán? However, the big news is the launch of a pure electric for the second half of the decade.

There are no details of this electric car at the moment, but everything indicates that it will be built on a platform designed by the Volkswagen Group. Everything points to use of modular PPE platform, which will debut the Audi A6 e-tron, or perhaps they will take advantage of the J1 platform, on which the Porsche Taycan and Audi e-tron GT are currently based. What seems clear is that this vehicle will be a sports car, and will represent the values ​​of the brand, with a sporty driving experience, strong aesthetics and a great deal of emotion.

Relax, for the moment, the future of Lamborghini’s V12 engines is not in jeopardy.

The reality is that Lamborghini will not be able to escape the future of zero emissions, but fortunately, its V12 engines still have a way to go. That, we will tell you in another article.

Photos of the Lamborghini Sián