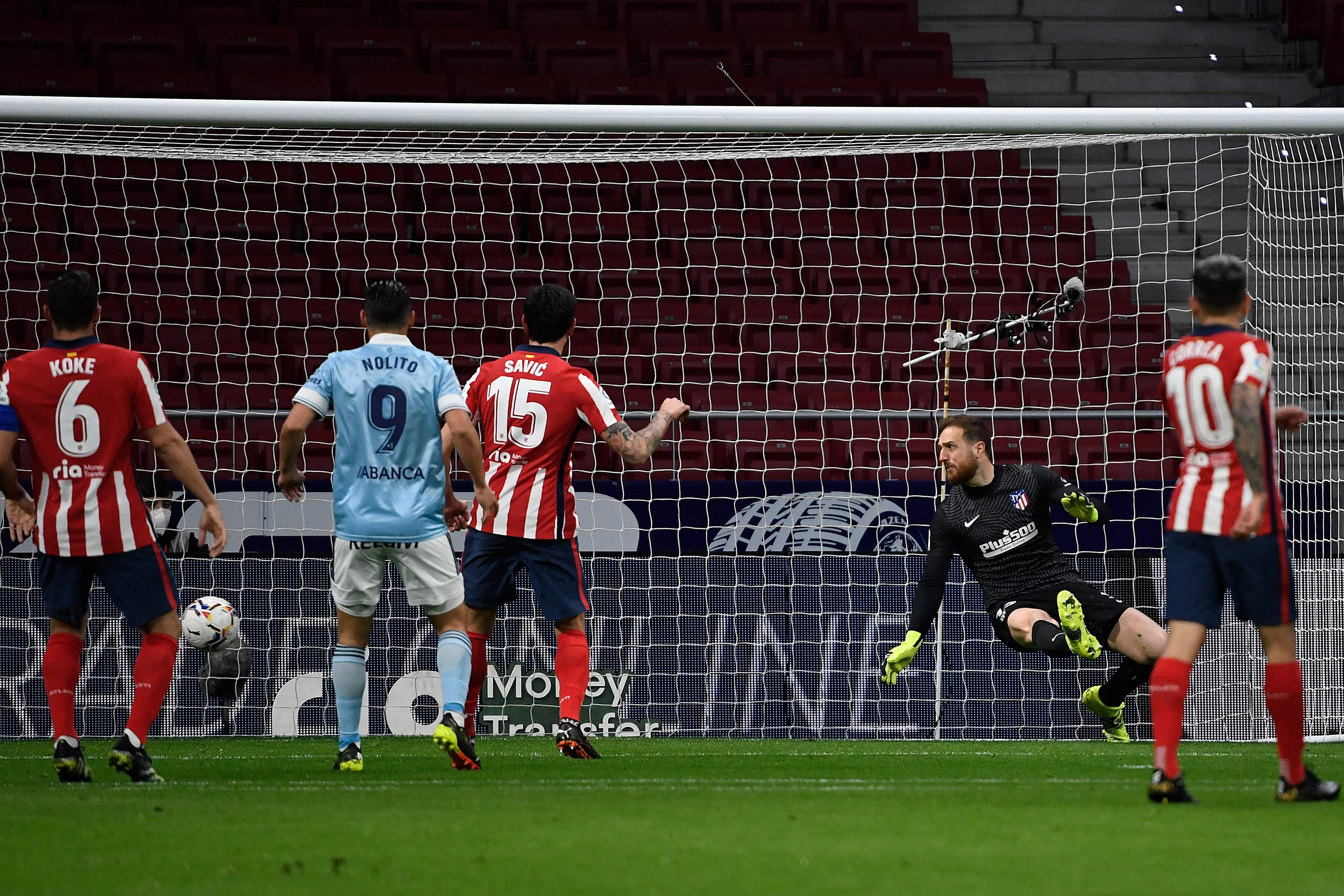 “Defense is our strength!” raised to six last Wednesday at the Ciutát de Valencia (1-1). This is the worst brand of the Simeone era. By the time he released the harangue, the figures were already alarming for a coach who has seen how in those last half dozen games Oblak has received eight goals, two more than the six he recorded against in the previous 16 days. Neither the coach nor the Slovenian goalkeeper are used to so much hole or to that frequency.

If there is something that tends the Argentine coach, it is that his players lose sight of the fact that the identity established in his stage was born from “the door to zero.” The proclamation of the need to defend well was a reminder of the greater fragility in the vicinity of Oblak. The sneak of a less solid defense of the leader already jumped in Cádiz despite the victory obtained (2-4). Not only because of the mistakes and lack of force that preceded Negredo’s two goals. Also because of what Álvaro Cervera’s team rushed to the three rojiblancos centrals (Savic, Giménez and Felipe) with mere lateral centers that the wingers, Llorente and Saúl that day, did not block. In the next game, at the Metropolitano, Celta (2-2) also benefited significantly from the red-and-white weakness on the sides and in the central zone of the defense. Santi Mina headed in the small area a cross from the right that found no opposition. In the last minute, Facundo Ferreyra pushed the tie to two also under Oblak’s beard. The play filtered through the hole between Koke and Lodi in their defense of the immediate area. The last goal received, against Levante, responded to poor anticipation from Giménez, which marked the third consecutive game in which Atlético was behind on the scoreboard. Only Real Madrid, on matchday 13, and Valencia, on matchday 20, had forced the rojiblancos to come back.

The system of three centers and two lanes has lost efficiency in this last section of the course. Right at the gates of the first leg of the Champions League round of 16 with Chelsea, which will be played next Tuesday in Bucharest. Another reason to straighten a line in which Savic and Hermoso stand out, but to which Simeone has not just found the best Giménez and less the Felipe who was seen last season. Cholo also does not find a fixed replacement downward due to Trippier’s sanction, to which Carrasco’s was added this Friday, due to the ailments of a blow that dragged from the game against Granada, and that of Vrsaljko, due to muscular discomfort. Neither the latter nor Lodi seem to have convinced the coach so far because of how they fit defensively in the coverage with three centrals. The Croatian, perhaps a little more, but Simeone does not finish seeing the Brazilian. Not even with the aforementioned loss of Carrasco and that of Saúl, by sanction, Lodi has them all with him to be a starter this Saturday. Vitolo, who already held that position in Pamplona and in the last minutes of last Wednesday’s game in Valencia, is now the one who is discussing his position.

“The position of Carrasco Most Beautiful allows us, due to the qualities of both, to have a better transition and a higher depth with a central player who can be a winger at the start and a wing player who is a winger in attack,” explained Simeone this Friday on the substitutions of the Brazilian. He added: “Lodi, as a full back in defense of four, does very well. In the day-to-day growth and when he has to play more often, he would have to do better in the other system because he has arrival, depth, uncheck, great center, mid-distance shot, he can score … The Argentine coach does not doubt the offensive qualities of Lodi, nor those of Vrsaljko, but he does doubt his defensive forcefulness, which is what seems to worry Simeone the most now because of what he yells at his players in training.