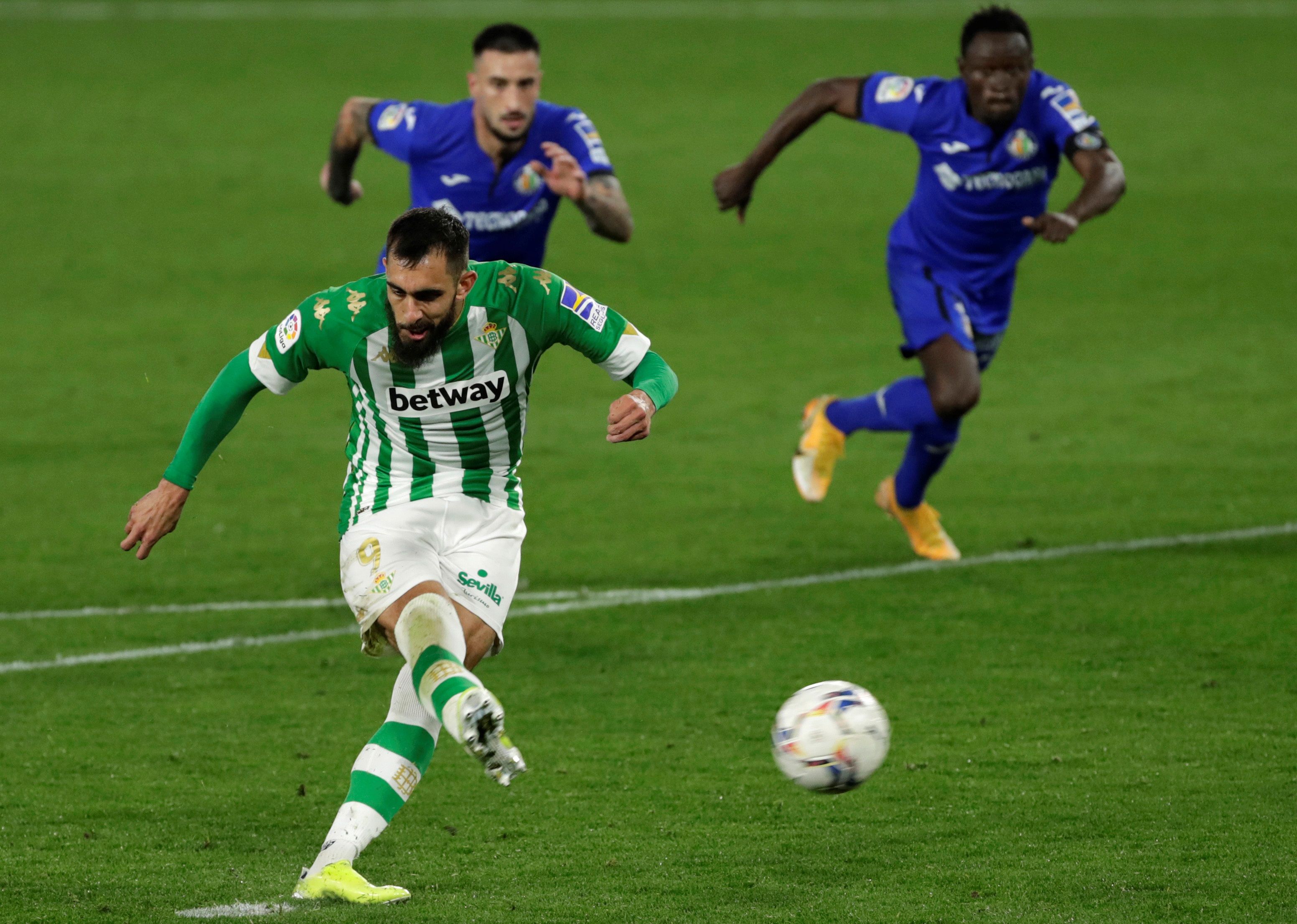 The crossing of personalized opposing dynamics in a rising Betis and a Getafe with obvious problems resulted in an Andalusian victory thanks to a penalty goal by Borja Iglesias in the 83rd minute. It was the final episode of a whole catalog of gifts by the Madrid team, which has lost its competitive capacity to practically give away victories like those of Benito Villamarín. It is not a problem for Betis, who overcame the important absence of Fekir, injured at 12 minutes, since Canales, his best man, missed a penalty in minute 76. Soria made a good stop to the Cantabrian, but the curious thing is that Canales failed with everything in favor in the goalkeeper’s clearance.

Chakla, on a terrible night, had struck Borja in the face. Seven minutes later, he pushed Borja himself into the area for Estrada Fernández to whistle a new penalty. A performance that the Getafe center-back will not forget. Borja, who maintains his good streak in 2021, scored to overtake Betis and achieve three very important points. There are already four goals for the forward in LaLiga. Getafe, who had improved in the second half to the point of having a great chance from Arambarri, ended up giving away in two absolutely avoidable actions of their defense.

Fekir’s early riser weighed like a slab in the green-and-white game, which lost much of the inspiration that had given it game in this good 2021. Getafe came within three points of relegation, in full bad streak, and ended up delivering a match because the dynamics are the dynamics and his is dreadful. The Madrid team has already lost four in a row, in which it has not even been able to score a goal. Betis is sixth with these three points without playing a great game, but they competed well, saved their area and made good use of their opportunities. He needed two penalties to win and did not have the football of other matches. Canales seems somewhat tired, but Betis is on a roll and continues to climb the table.

The worst version that Getafe remembers appeared in Villamarín. Bordalás devised a lineup full of centrals and the bad moment of the Madrid team was expressed in individual performances such as Cabaco. The Uruguayan, a bundle of nerves and too upset the whole game, was the best example of the terrible state in which his team lives. The most obvious example occurred at six minutes. The Uruguayan yielded to his goalkeeper Soria without looking so that Loren was in an ideal situation to score. The forward dribbled to the goalkeeper and with everything in his favor he threw out in an action improper for an elite attacker. The occasion was so clear that Loren seemed to believe it. He is a good striker, but the youth squad lacks confidence after a season in which he has been alternating in the starting position with Borja and Sanabria.

Getafe, always shy and without the ball, breathed after Loren’s mistake. But he did it especially after Fekir was injured and had to leave the pitch due to muscle problems. Pellegrini put Canales ahead and Betis dominated the ball, although without depth or chances, still stunned by Fekir’s absence. Getafe only limited itself to defending, giving up the ball, protected by an acceptable defensive work and the slowness of Betis’ passes. His players barely combined with precision, without speed or talent to look for holes in Getafe’s defense. Cabaco had a card and the green and white players were unable to delve into that wound. Fekir absent, it was Guido who kept Betis.

Getafe improved somewhat in the second half. Betis had the virtue of being solid behind and was winning with the changes introduced by Pellegrini. Arambarri had a great occasion. It seemed that with the entry of Aleñá Getafe could achieve something positive, but he found two actions too rude to rehabilitate himself. Two penalties by Chakla on Borja Iglesias were too much of a self-punishment. Soria solved the first launch of Canales, but could not with Borja’s. Getafe tried desperately, but it was not their night. Bordalás, sanctioned, watched the game from the stands. His Getafe is a shadow of the one that dazzled in previous seasons.