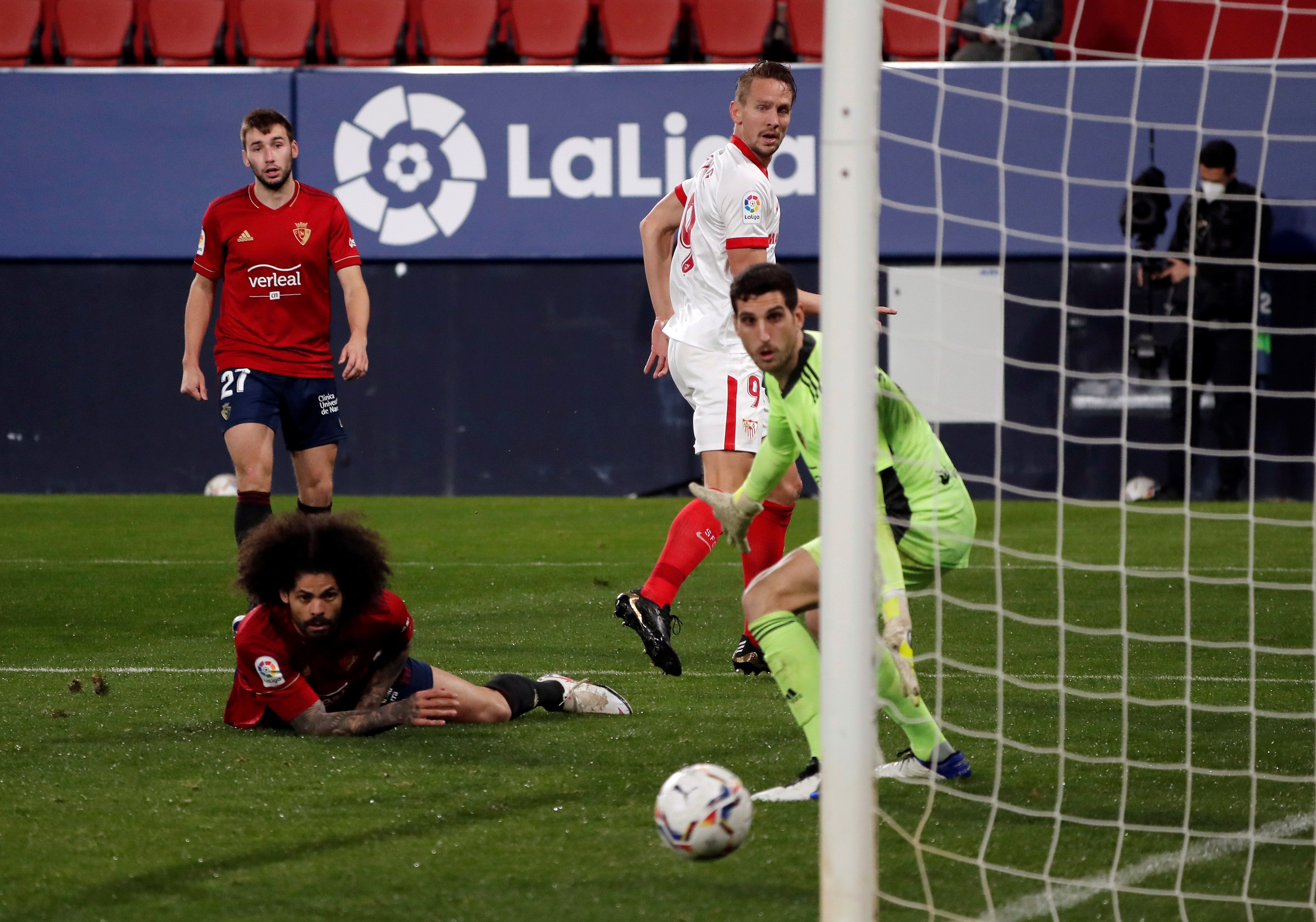 Sevilla is a competitive animal. He always knows what he has to do on the field and adapts perfectly to what the matches demand of him. Practical and efficient, Lopetegui’s team defeated an Osasuna who had arrived on a roll and grabbed third place in the League, one point ahead of Barcelona. The Andalusian team is four from Madrid, with one game less, and seven from Atlético.

In Sadar, Sevilla skillfully managed the match times. He endured the initial pressure from Osasuna, scored from set pieces, squeezed at the start of the second half and thus culminated his sixth consecutive victory in the League (fifth in a row without conceding). An exercise in solvency, although sometimes with the impression that it could solve the matches even earlier.

With Fernando at a high level and the defense shining with enormous efficiency, Sevilla beat their rival without remission. Osasuna was unable to throw him between the three sticks. The 16 goals conceded are the best proof of the great reliability of the Lopetegui team.

Osasuna and Sevilla measured their winning streaks in a fight for different objectives fought with tremendous intensity. The clash turned into a multitude of individual maneuvers to overcome the pressure that both teams did so well. Osasuna, with a very high level of recovery, forcing Sevilla to lose more balls than necessary. That after subjecting him to five minutes of madness, which resulted in a shot from Oier to the stick after three minutes. Sevilla, lacking speed, chose to calm Osasuna from possession. Lopetegui’s team took the ball. Although his passes were too predictable, they had the virtue of placating an opponent who started out thrown.

It was the set piece that relieved the Andalusians. At 19 minutes, Jordán took a splendid corner kick off Diego Carlos. The goal established Sevilla’s plan to live off possession, with Oliver trying to pass into the hole from time to time. Lopetegui’s team is a formidable rival. It seems that he suffers in the game and, suddenly, he hits you irretrievably. This happened at the beginning of the second half. Sevilla finished in danger twice in one minute before Fernando stole a ball in the center to assist Munir. De Jong finished off and with the help of Aridane made it 0-2. The Brazilian footballer’s start was spectacular. Sevilla knew how to adapt perfectly to what the game required and saw that the moment to go for it was the beginning of the second half. Osasuna, who lacks quality but has plenty of soul, made the game very difficult. Going back from 0-2 to the team with the least thrashed in the competition became a supreme undertaking. And even more so when Sevilla continued to touch the ball effectively, safely driving the ball from one side to the other against an increasingly tired opponent.

Lopetegui introduced changes to maintain the result and Sevilla did not go through the slightest hurry to get a new victory. The Andalusian team feels so safe thanks to its centrals and Fernando in front that it almost never gets off-center. What’s more, parts like Rakitic, Papu and En-Nesyri gave him more quality to get even a few more goals. For example, in a great action by Papu that Herrera saved with a good save. This reliable Seville walks very safe. On Saturday he will have a litmus test against Barcelona, ​​with whom he will have a double duel. First in LaLiga and then in the second leg of the Cup semifinals, where the Andalusian team starts with a 2-0 advantage (goals scored by Koundé and Rakitic).