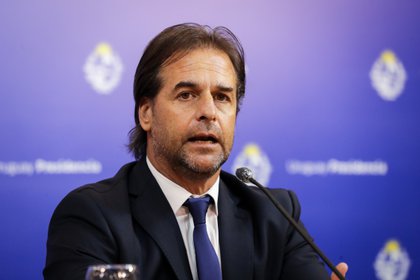 Uruguayan President Luis Lacalle Pou detailed the vaccination plan against the coronavirus. He confirmed that 2 million doses of Pfizer and 1.7 million of Sinovac will arrive in March. In addition, he announced that through the Covax / WHO initiative, doses will arrive for “up to 3% of the population.” “The government’s aspiration is to have vaccines for 2,800,000 people,” he said. In Uruguay, the total population is 3.4 million.

The priority, he revealed, will be the health personnel, the elderly and the education sector “to guarantee presence in schools.”

“We do not amputate the possibility of having them at the end of February,” added the president.

Further, Uruguay is already negotiating with the multinational pharmaceutical company Johnson & Johnson the purchase of its promising coronavirus vaccine. According to El País, the ad hoc commission that has been reviewing the offers understands that This vaccine is “very good” because, unlike other developments, it is delivered in one dose and could lead to an acceleration in vaccination campaigns around the world.

The Johnson & Johnson vaccine, in fact, was one of the big gambles of the US government, for which it disbursed more than USD 1 billion to finance it in August. Results of the clinical trial had been promised by mid-January, but have not yet been published. Hence, it has not yet been approved by any drug agency

Johnson & Johnson uses viral vector technology. Inject a different, less harmful virus that contains the genes for the coronavirus spike protein, and that triggers the immune response. In that sense it works similar to the Russian vaccine, Sputnik, but in a single dose. The Russians had planned two doses because in the second administration another virus is supplied to prevent the body from generating an uncontrolled response reaction.

The Johnson & Johnson vaccine is stored for three months at a temperature between -2 ° and -8 ° C. And it lasts up to two years in a freezer below minus 20 °.