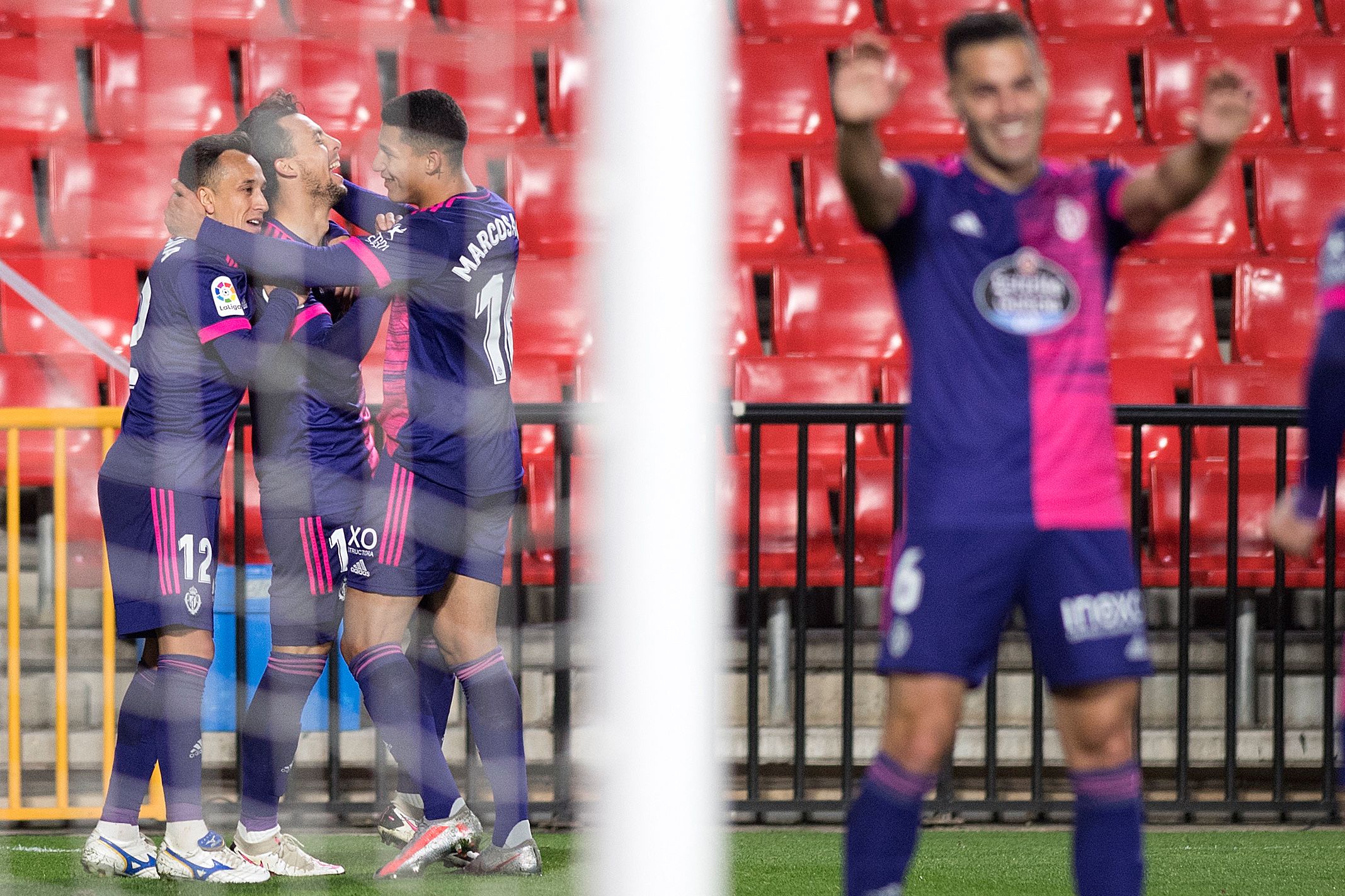 Everything was very strange in Anoeta, where Real Sociedad did what it had to do despite the final complications – an expulsion and a penalty – which possibly would have been of no use to Granada, who finished the game with only four first team players on the grass, an improper manual alignment, probably induced to avoid losses to the squad in a game that the Andalusians had already considered amortized many minutes before.

The objective of the Real was to keep the lead for another week, and that is a complicated task, in which the first obligation is to do the right thing at all times. He did it, in front of a team made up of a few footballers from the first team, scattered throughout the line-up to set up a credible system, and a group of meritorious recruits at the last minute from affiliates and youth, like the decimated armies that pull reserves and the fifth of the bottle.

Imanol ordered intensity against a rival in which the players hardly knew each other. In the debutante ball, the San Sebastian team glided with rhythm, without missing a step, harassing the goal of the youthful Angel, who in the first minutes had his first scares in the highest category, and resolved them with determination. If he was scared, he didn’t look like it.

Of course, La Real, after receiving a couple of notices from Granada in two counterattacks, got serious and decided to finish as soon as possible. Monreal was very active, finding a lot of space on the left wing, and in a corner that he himself caused, he was in charge of opening the light with a close shot after Le Normand’s head extension. Imanol’s team already had the piece within reach, and just a couple of minutes later, after a double chance by Januzaj, Pepe Sánchez touched the ball with his hand inside the area and the referee signaled the obligatory penalty that Oyarzabal expertly executed.

With two goals ahead and Granada out of the game, Real did the right thing again: they went into savings mode. He slowed down, kept having the ball, played it from one side to the other, put Angel in trouble, but tried not to waste energy. On the lawn everything seemed resolved, and in fact it was, before half an hour. After the break, the changes began, knowing that little would change in the final 45 minutes, unless Real pressed a little more. He did it for a few moments, caused another penalty that Ángel stopped, a lucky debut despite the defeat, and then he returned to rest and save energy. If the match was not assured, the exchange of Jorge Molina for Bravo, in the 75th minute, resolved it ex officio. The Alicante footballer fell in pain in a dispute and Juan Carlos Fernández, the goalkeeping coach who acted as coach due to the medical losses from the bench, left the team with only four first-team players to avoid greater evils. A challenge from San Sebastian would mean a final 3-0.

So what happened next remains for anecdote. Le Normand earned the expulsion by cutting off a counterattack from Granada, and Silva committed a penalty at the last minute, which was stopped by Remiro at Machís. By then the match was resolved. Granada left San Sebastián as it arrived, with the game lost without getting off the plane.