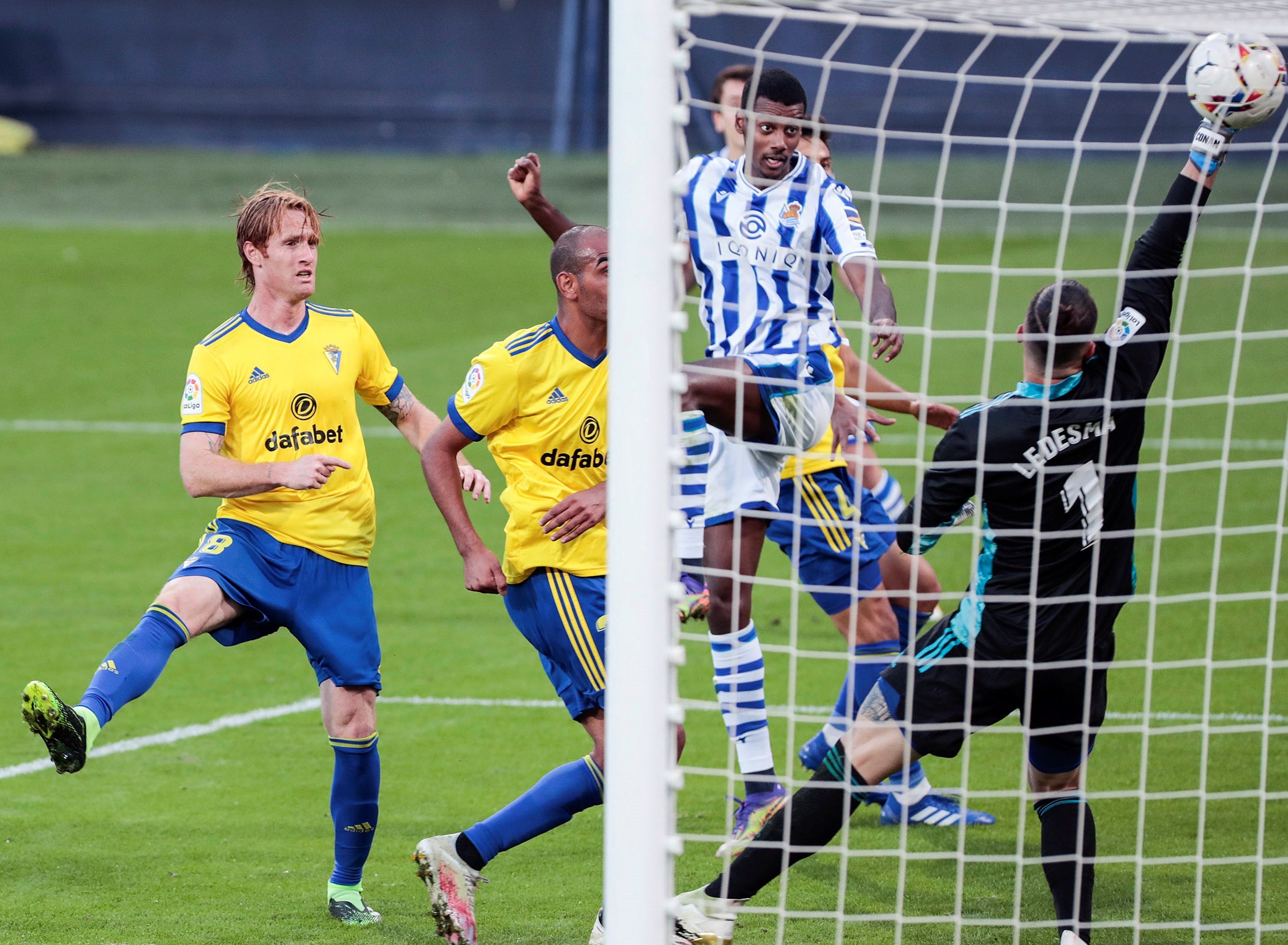 The Real Sociedad demonstrated in Cádiz that its leadership is no accident. With a solvent game, with a good touch, based on an enviable teamwork and the silk football of Januzaj and David Silva, the leader added his sixth consecutive victory, to reaffirm his first place and warn, once again, that he is very serious . This sixth consecutive victory makes him equal the best streak in his history of consecutive games won, achieved in seasons 30-31 and in 87-88. By the way, Real is three points behind Atlético de Madrid (although with two more games), six from Madrid and 12 from Barcelona.

Cádiz, with many casualties, had no chance against a much superior rival. He had a great fighting spirit because he never gives up, but he lacked football to stop the barrage that came over him. The fact of not having managed to shoot even once between Remiro’s three suits is devastating. In addition, he still does not know the triumph in his stadium. La Real has earned the right to dream in this unusual league. Whenever he had these records at this stage of the competition he fought for the title until the last day, as in 1980, 1982 and 2003. In 1982 he became champion and on the other two occasions he reached second place.

What Cádiz did in a first half of absolute dominance of the Real had a lot of merit. Cervera’s team does not cling to possession of the ball and relies on its defensive system to go out on the counterattack. Doing it against an exquisite opponent and with casualties of the caliber of Cala, Negredo, José Mari and Lozano gives him extra value. That is why he had to run after a Real that is nice to see play. Especially when David Silva comes into action. The canary is a breath of fresh air in La Liga for its quality, the perfect platform around which such good footballers as Merino, Januzaj, Merino and Isak grow.

Cádiz leveled the game somewhat at the beginning of the second half. However, the truce did not last long. The Andalusians could not prevent, finally, the reactivation of Silva and his great partnership with Januzaj. The Basque goal was a matter of time. A precise cross from Januzaj was finished off at the far post by Isak. The Real finally found a prize for his dominance and, above all, for his good game. Cádiz had no answers. The best team in the league had passed him by, shooting him 14 times and creating 12 chances. La Real, leader, lives moments of great happiness.