While theaters blame Disney for the historic fall of ‘Black Widow’ at the US box office this week, in Spain the journey of the Marvel film is not being very positive either. Starting from a good but unspectacular premiere, in its second week it has had a 55% drop in the collection. The figure is not out of the ordinary, but it must be taken into account that it adds only 731,478 euros to a total of 3.6 million.

That places it very far from other recent installments of the franchise such as ‘Spider-Man: Far From Home’ (which had grossed 8.3 million in two weeks on the billboard) or ‘Captain Marvel’ (7.4), which indicates which will end its journey far from the 13 million that those raised. It is probably closer to ‘Ant-Man and the Wasp’, which settled for 5.7 million euros in our country. And yes, we are in a pandemic, but considering what other films are raising and that it is probably the last installment of Scarlett Johansson in the franchise, the result is disappointing. If the reason is that the film is not being liked too much or because of its presence on Disney +, and therefore on pirate websites in good quality, we do not know; it’s probably a mix of everything.

Even so, ‘Black Widow’ has been the most watched in Spanish cinemas for the second consecutive week between July 16 and 18 according to Comscore data. After the best weekend in terms of collection since the pandemic began, we have fallen to 3.5 million euros collected in total among the 20 films in the ranking.

‘La Purga: Infinita’ has premiered in second position with 707,385 euros. It falls far short of the 1.5 million that ‘The Warren File: Forced by the Demon’ raised at its premiere, but surpasses the disappointing debut of ‘A Quiet Place 2’ (470,461). If you like it and the public keeps going to see it, it could reach 2.5 million, something weak compared to the 5.3 million that ‘The first purge: The night of the beasts’ raised in 2018.

And although it has been a weekend with less influx than the previous one, it has served for two films to reach the most watched positions in 2021 so far. The third highest grossing film of the weekend, ‘To all train! Destino Asturias’ has reached 3 million euros, becoming the highest grossing Spanish film of the year so far. It is a good headline although it must be borne in mind that the previous film by Santiago Segura, ‘Father there is no more than one 2’, in its second week had already raised 4.6 million. And that was in the summer of 2020, when the pandemic was in a much more serious phase. So we will see if ‘To all train!’ it reaches 10 million with the remainder of summer ahead, but it is doubtful that it will reach almost 13 of the sequel to ‘Father there is only one’. 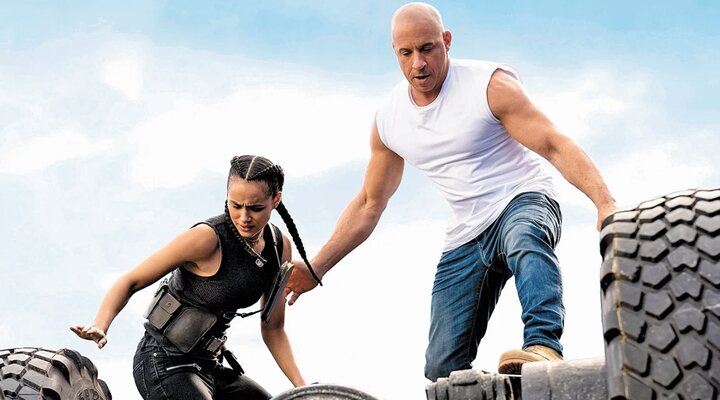 ‘Fast & Furious 9’ is clearly a success. Vin Diesel’s film adds 630,036 euros in its fourth week on the billboard and is already the highest grossing film of the year in Spain with just over 7 million euros. The only thing that could prevent it from reaching almost 13 million of the previous installment in our country is that each week it falls a lot in collection, showing that it is not a durable projection film on the billboard. Fans have already seen it and the occasional viewer may prefer not to enter a ninth installment of a saga they do not know.

Finally, the fifth highest grossing film of the weekend is ‘Peter Rabbit 2: On the Run’. The family film has been released grossing 320,000 euros, a full-blown failure for the sequel to a film that grossed 7.5 million euros in 2018. It probably has not helped that Santiago Segura’s film is monopolizing the children’s audience, but in its favor it has that the animation tapes have been among the longest running during the pandemic. We’ll see if he recovers from this bad start.

Although competition is coming along the way. This week, ‘Space Jam: New Legends’ hits theaters, which has had a good premiere in the US and is from Warner Bros., one of the safest hit factories during the pandemic. And the following week Disney premieres ‘Jungle Cruise’ … the children will be spoiled for choice.