The morale, the richest neighborhood in Spain, has entered the basic health zones that the Community of Madrid has confined. With a cumulative incidence of more than 400 cases per 100,000 inhabitants, the Ministry of Health has linked this area to the other 30 areas with special measures against coronavirus.

Despite the fact that the left had been ensuring that the Government of the Community of Madrid applied “class” measures To harm poor neighborhoods, reality dismantles that argument. Leaders of Podemos as Isa Serra, Juan Carlos Monedero or Jesús Santos They have attended demonstrations against the “segregation” and “stigmatization” of poor neighborhoods, but this Friday it has been shown once again that the regional Executive applies its measures where they are most necessary.

In fact, at the press conference this Friday the general director of Public Health, Elena Andradas, and the Deputy Minister of Public Health and Covid Plan, Antonio Zapatero, They have detailed that the threshold for which surgical restrictions are applied has been lowered. Given the general improvement in the region, mobility limitations now apply with the exceptions provided for areas with more than 400 cases per 100,000 inhabitants. Initially, in September, the threshold that was set was a cap of 1,000 cases.

Therefore, this has meant that between La Moraleja (Alcobendas) among the affected areas. They also join these measures three areas of Fuenlabrada and two the capital (Artilleros and La Elipa). From this Monday the restrictions will begin to apply and until, at least, next December 7.

Precisely on October 15, official statistics were published that placed La Moraleja at the top of the income ranking. The following are Vallvidrera-Tibidabo i Les Planes (Barcelona), Somosaguas-Humera (Pozuelo de Alarcón), Salamanca-Goya and Aravaca (Madrid) as areas with the highest average gross income in all of Spain, according to the Tax Agency. 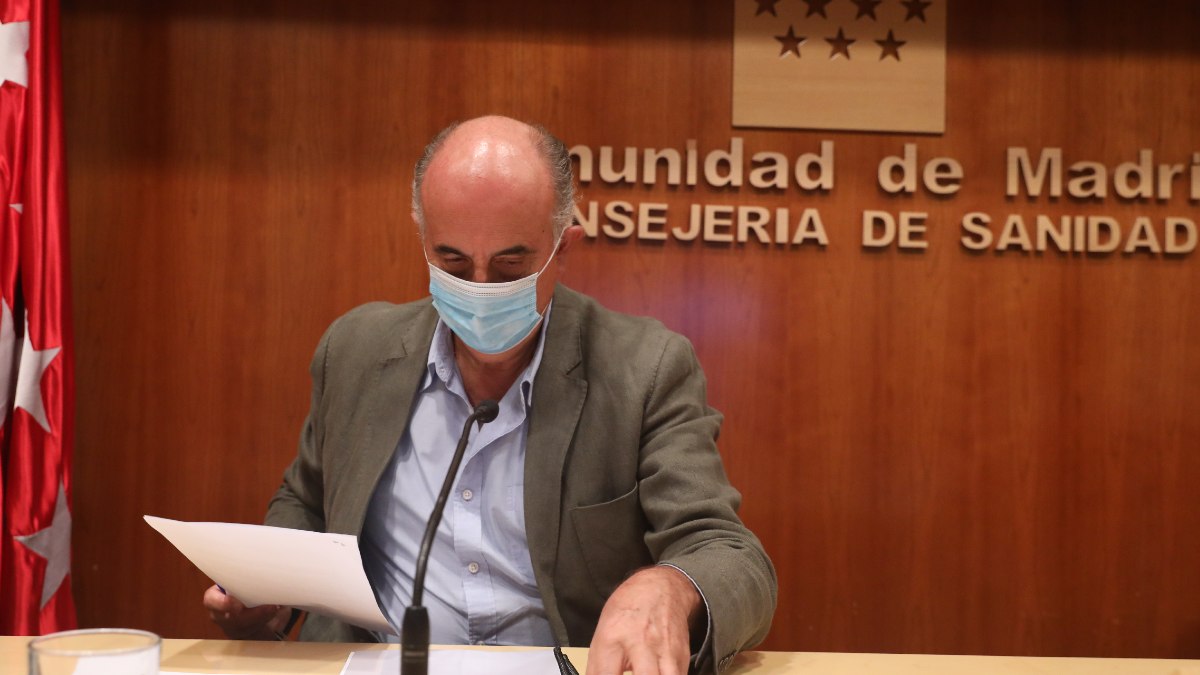 Specifically, La Moraleja leads the statistics at the state level, with an average income of 214,276 gross euros, 28% than the previous year and more than double that of the second district with the highest average disposable income, Vallvidrera-Tibidabo i Les Planes (Barcelona), which presented an average gross income of 97,866 euros, 5.4% more.

Dr. Elena Andradas has also indicated that several areas come out of the restrictions to stop Covid-19. In general, there is a decrease in the cumulative incidence at 14 days below 300 cases (297 yesterday). With the new criteria in the restrictions, which will come into force in just over 48 hours, those of Artillerymen in Vicálvaro, Ciudad Lineal in La Elipa, Cuzco, Castilla La Nueva and Alicante in Fuenlabrada and, as has been indicated, La Moraleja in Alcobendas; measures that will be prolonged Until December the 7th.

The other side of the coin is found in those that, due to the sharp drop in incidence, already will no longer be limited. These are: Barrio del Puerto and Doctor Tamames in Coslada (decrease of more than 50%), Núñez Morgado in the district of Chamartín (-58.8%), Painters in Parla (-51%), Puerta del Ángel in the district de Latina (-55%), Villamil in the district of Tetuán (53.5%) and Virgen de Begoña in the district of Fuencarral El Pardo (-70%). With the departure of these basic health zones, restrictions will be maintained in 30 of the areas where there are currently limitations on mobility.

Likewise, Andradas has reported that in epidemiological week 46 (until November 15), 10,249 cases were confirmed in the region and that the accumulated incidence stood at 14 days in 297 cases per 100,000 inhabitants; a rate «confirmed daily by the data communicated to the Ministry of Health», in whose list it has risen to fourth place in terms of the lowest incidence in the autonomous communities, with the Valencian Community registering a higher rate.